Milwaukee Public Market is getting its first BBQ place

Milwaukee Public Market is getting its first BBQ place 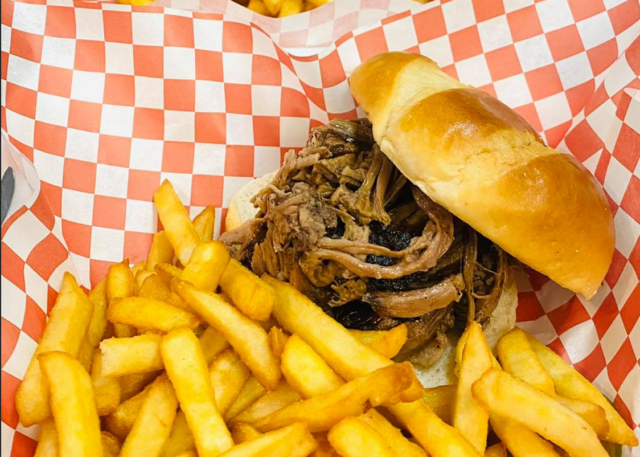 On this week’s episode, Ann shares her review of the Scandinavian-American restaurant Eldr+Rime, which she describes as a beautiful restaurant, with decor that’s “clean in a minimalistic way.” We also report on a new name and rebranding from the restaurant formerly known as Glass + Griddle and we preview a Black-owned food truck block party on Saturday, April 24. Then we round out the episode by discussing a local potato chip company that uses Wisconsin-grown potatoes.

But first we kick things off with some exciting news. Milwaukee Public Market is getting a new vendor. It’s called Pat’s Rib Place. Pat’s has had a location in Waukesha for more than a decade and is known for different kinds of smoked meats. The Waukesha location has baby back ribs, pulled pork, brisket and a number of fish offerings, including perch and catfish, which come as either dinner or a sandwich.

The Waukesha location also has fried chicken and homemade BBQ sauces. Two of those sauces were featured in Oprah’s Favorite Things in “O” magazine. It gets better: They also have bread pudding, peach cobbler and Sprecher floats.

It’s unclear, of course, whether all these offerings are coming to the Milwaukee Public Market location, which is projected to open sometime in the summer, but we can dream. This is going to be a great addition to the market.

Hear us discuss it all on this week’s episode below.