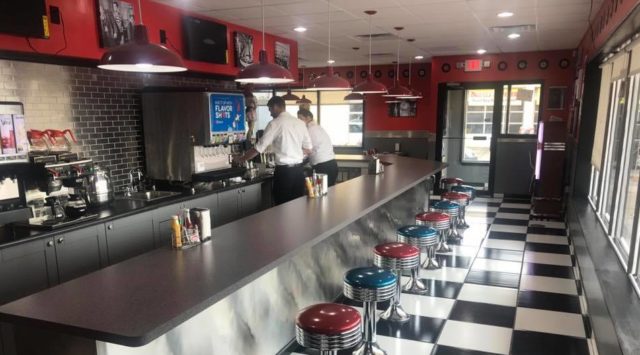 Korean restaurant coming to the Third Ward, Von Trier will remain as is and more

On this week’s show, we talked about the new 1950s inspired diner, Route 76. We also talked about a  new Korean restaurant coming to the Third Ward,  the return of the Winter Farmers Market and an update regarding Von Trier’s status.

This weekend, a new restaurant will open in Milwaukee called Route 76. Located at 7510 W Layton in Greenfield, Route 76 is a restaurant that draws inspiration from a 1950s diner. Route 76 will celebrate its grand opening on Nov. 4. Specials will include 2 burger and 2 fries for $11 from 11-4.  Then on Saturday and Sunday, the first 20 people will receive free milkshakes for a year with a purchase of a burger.

Also, Route 76 will have bins for the public to donate non-perishable goods for the Milwaukee Homeless Veterans Initiative (MHVI) food pantry from this weekend to Thanksgiving.

Route 76 will also be serving Thanksgiving dinner to Veterans, at-risk Veterans, formerly or homeless Veterans from 10 am – 1 pm.

Korean restaurant coming to the Third Ward in 2018

In early 2018, a new Korean fusion restaurant is planned to open in the Third Ward.  The name of the restaurant will be called Char’d and will take over the former space of Hinterland Erie Street Gastropub.  The owners of Char’d currently own and operate a Korean restaurant called Mokban in Providence, Rhode Island.  We hope it will do Korean BBQ because of the name, “Char’d.”

Von Trier to remain true to its German Roots

John and Cindy Sidoff, owners of North Avenue’s historic Von Trier announced they are retaining the iconic Von Trier name and concept and will collaborate with Wes Shaver and Mike Sorge on operations and programming moving forward. Shaver and Sorge currently own Black Sheep as well as manage the operations of The Schwabenhof, another Germanic Milwaukee institution. Shaver and Sorge are also two of three partners at The Love Shack. Von Trier will remain open through early January 2018 before undergoing renovations and updates. Sidoff, Shaver, and Sorge plan to re-open early February 2018.

The re-opening of Von Trier’s kitchen is a major component of the Von Trier rebrand. Previously known as a “wurst house,” Shaver and Sorge plan to implement an impressive and fun menu including unique sausages, sandwiches, and sharables. In addition, a Friday-Fish Fry is proposed complete with German potato salad, hand made potato pancakes, coleslaw & rye bread accompanied by a live polka band weekly. The menu also will include Schnitzel Sandwich – topped with herbs and fried egg, Cheese and Wurst Platter- assortment of sausages/leberkase, kraut, cabbage, bread. The Complete menu will be announced in January.

Before Von Trier’s renovations begin in early January there are two notable events happening. Von Trier will remain open through the holiday season showcasing its popular Christmas Village for the Month of December. In addition, beginning mid November, the original mid-century mural (from Rieder’s, the high-end cocktail lounge before becoming Von Trier in 1978) will be on display. While the Karl Von Trier mural that adorns the main bar undergoes its refurbishing, we invite guests to see this one of a kind piece of history while it’s on display before setting up for Christmas Village.

Winter Farmers Market returns to the Domes this weekend

This weekend the Winters Farmers Market operated by Fondy Food Center returns to the Milwaukee Domes.

Quest Card always accepted at the market. This season we’re able to offer a SNAP Market Match program, where we can double the dollars you shop with your Quest Card, up to $20/day, while funds last.