To smoke or not to smoke – A BBQ controversy in Madison

To smoke or not to smoke – A BBQ controversy in Madison 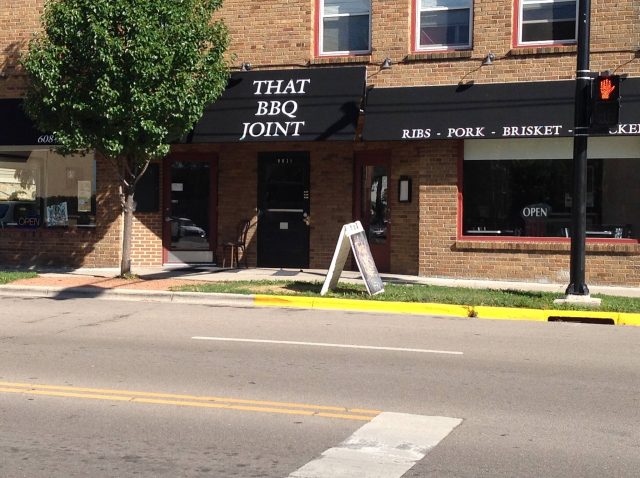 On this week’s episode, we talk about the controversy at BBQ joint in Madison. We also talk about DanDan’s new tasting menu inspired by their great grandmothers; Bumstead Provisions grand opening in Bay View and White Fish Bay’s Pumpkin Fest and more!

Earlier this week, Eater reported about a controversy regarding the Madison restaurant, That BBQ Joint. The controversy revolves around the smell of BBQ coming from the restaurant’s smokers.  Check out this news report about the story.

Beginning on Nov. 10, DanDan will offer a tasting menu featuring 10 courses titled EsterEv.  EsterEv inspired by the chefs’ great grandmothers. The tasting menu will be offered Thursday through Saturdays at 7:0pm.  The 10-course menu will cost $80 per person.

The globally influenced menu changes monthly and will be available on or around the 20th of the prior month.

Bay Views Bumstead Provisions will be having grand opening celebration Oct 28. From their Facebook event page:

The restaurant and bar will be one big party with FREE fresh donuts, bacon (yea, just a lot of bacon), two bills for a Pils so $2 Good City Brewing Co. Pilsner pints, $3 Revel Stoke Pineapple Whiskey shots, $5 Hangar One Moscow Mules and Tin Cup Old Fashioneds and other treats and goodies.

Oh its Halloween weekend too so come dressed as any Chris Farley character or Dagwood or Blondie from the Blondie comic strip and get a FREE sandwich, beer and shot!

We have a huge selection of Wisconsin cheese which will be sampled out including Star Dairy from Weyauwega, Clock Shadow Creamery from Milwaukee and Cedar Grove from Plain.

Brenner Brewing from Milwaukee and Hinterland Brewing from Green Bay will be pouring samples of seasonal beer including a couple rare brews you won’t have many other chances to taste.

The Whitefish Bay Civic Foundation will be hosting the 30th annual Great Pumpkin Festival. The festival will take place from 6pm to 9pm from Oct. 26 – 30.

The Pumpkin Festival will be held once gain at Old Schoolhouse Park, located directly across from the WFB Public Library, 5420 N. Marlborough Drive.