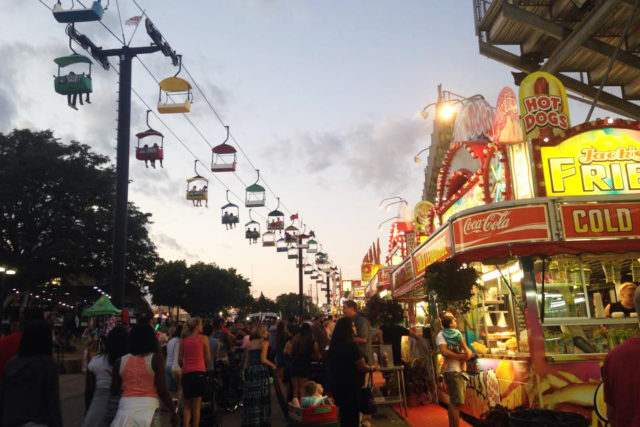 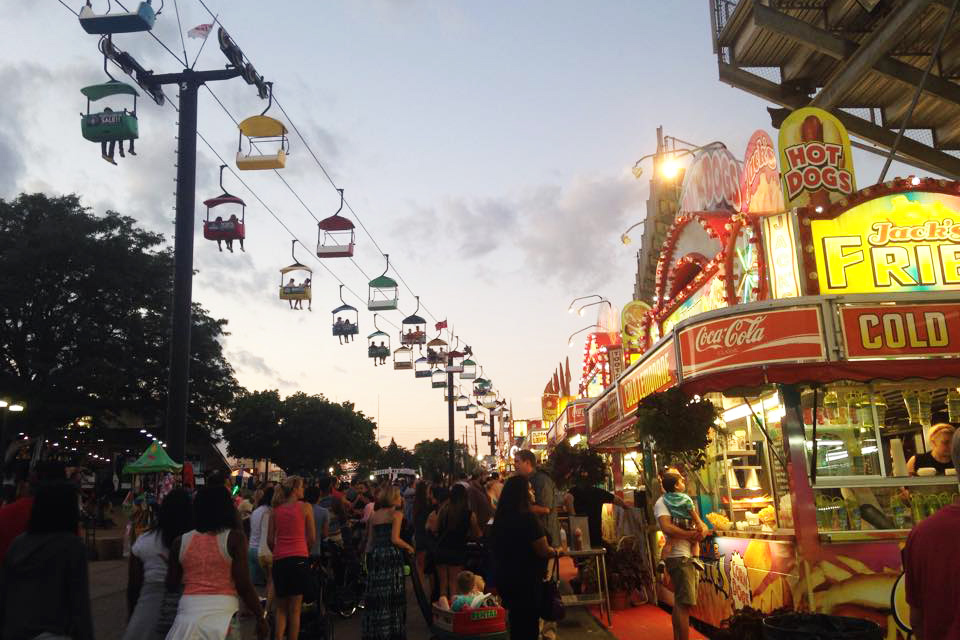 Here is a list of all the foods-on-a-stick that will be at the Wisconsin State Fair this year. And, here’s a list of everything new this year. Some particularly unusual highlights are the “Sloppy Joeys,” made with kangaroo meat and served in a pouch, or the camel burger, which is exactly what it sounds like. The bourbon BBQ brisket egg roll and the “Brat-chos” sound really good. We might pass on the ants-on-a-stick or the insect jerky though. Luckily, all the classics like cream puffs or corn on the cob will be there too if you’re not feeling quite that adventurous.

Fauntleroy, in the old Coquette Cafe space that the owners of DanDan took over, had its soft opening this week. Fauntleroy will offer modern French cuisine, with a 1970s Rock ‘n’ Roll atmosphere reminiscent of the Rolling Stones’ style with an art-deco twist. The menu is still being finalized (we give a sneak preview in the podcast), but Fauntleroy will be open for dinner Tuesdays through Saturdays from 5 p.m. to 10 p.m.

The popular downtown lunch spot on Jefferson St., Shah Jee’s is opening three new locations. Shah Jee’s is making its Pakistani eats available for lunch and dinner on the East Side across from the UWM campus, on the corner of Downer and Kenwood. A second lunchtime-only downtown location is also coming to 228 W. Wells St. in the storefront that formerly housed a Subway. The third location, will take the place of Ling’s Chinese on the South Side and stay open for dinner service in the large dining room.

Greige is a new pâtisserie in Milwaukee that offers a vast array of sophisticated pastries and desserts. It opens in the morning for croissants and such. Then, it will stay open in the evening to serve desserts, fine wines and craft tap cocktails. Sounds like a great way to end a date night.

From Paris to Brooklyn: An Evening of No Reservations

The Avalon’s first Anthony Bourdain tribute event sold out in five days, so they have added a second showing. The Avalon invites you to celebrate Anthony Bourdain’s life with a screening event, featuring two episodes of “No Reservations”: the pilot episode, featuring France and the finale episode, featuring Brooklyn. All proceeds from ticket sales and the specialty French-inspired menu items will be donated to the AFSP Wisconsin Chapter (American Foundation for Suicide Prevention). Get tickets here.

Tarik and Anne discuss all the new deep-fried-somethings-on-a-stick coming to the State Fair this year and the latest Milwaukee food news, including: the opening of Fauntleroy and other new restaurants, a Ray’s Liquor and Central Waters crossover and another tribute to Anthony Bourdain at the Avalon Theater.

Listen to the podcast and read more below.