Warm up with Milwaukee’s most comforting hot alcoholic beverages

Warm up with Milwaukee’s most comforting hot alcoholic beverages 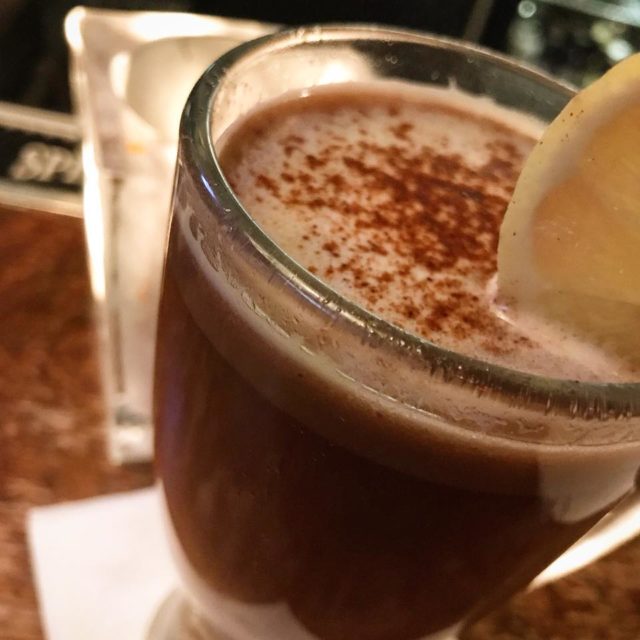 On this week’s edition of This Bites, we’re talking about hot drinks. We’ve got all kinds of great recommendations to share for Milwaukee’s best warm, boozy drinks. We’re also talking about a cool new zero-waste grocery store, and a new brunch spot, and a couple of clever pop-ups. Stream and read about the episode below.

Fall is over and winter is here — or it feels that way at least. So we’re talking about some great places to get some hot drinks of the adult variety. Foundation Tiki Bar, which is known for great cocktails, offers a hot buttered rum on Mondays, and it also offers hot toddy’s. It’s a secret recipe, and although we’re not sure if it’s available yet, it’s worth looking forward to.

Von Trier has a slew of hot drinks, including a hot buttered rum. There’s also a hot butterscotch made with butterscotch schnapps. And if you have a sweet tooth, the Almond Joy is a decadent desert drink. County Clare Irish Pub also has a nice selection of hot drinks. It has a hot cider with Bacardi Limon and a cinnamon stick. They also have a hot whiskey and, of course, a version of Irish coffee. But if you’re looking for a truly exceptional Irish coffee, Ann recommends the one at Rochambo on Brady Street, which uses a soft cream.

There’s a cool new grocery store opening in Walker’s Point called The Glass Pantry. It’s a zero-waste store that will be opening on 5th Street. Expect lots of bulk bins. Customers can bring in their own containers to fill them, which will significantly cut back on landfill waste. It’s promising to sell about 200 products to start, many from Midwest suppliers, and it will specialize in reusable items. The owner also plans to offer classes and workshops that will teach about sustainable living. She also hopes to offer kombucha on tap and fresh produce.

After a conversation about how the brunch tradition became so boozy, we discuss a pop-up at Amilinda: a Korean meal from Perilla Kitchen. The meal includes Korean pork belly in a spicy-sweet sauce, an Asian pear and lime-sesame vinaigrette salad, seasonal greens and napa cabbage kimchi. It sounds incredible.

And speaking of pop-ups: Oak and Oyster has been doing a lot of them. Their latest is a New York-style deli, featuring a homemade bagel with house-cured salmon lox. Hear us discuss all that and more on this week’s episode.