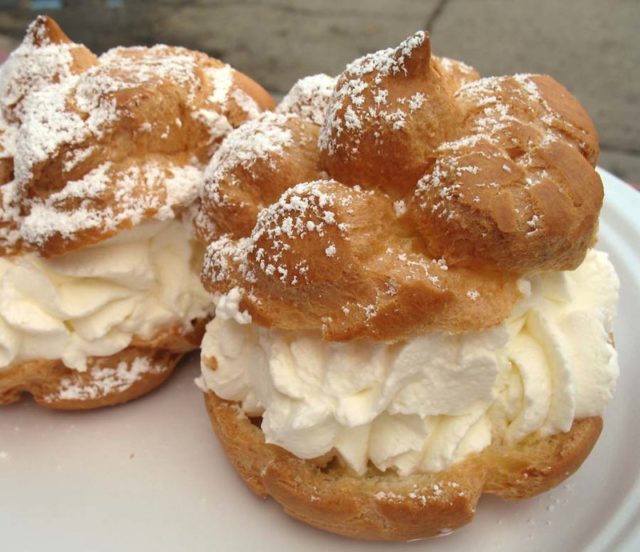 On this week’s episode, we’re looking at restaurants that are reopening for dining, as well as the city’s new reopening plan. Also, Congress has a bill to help independent restaurants with additional funding. We get into all that, as well as peaches, cream puffs and more. Stream the episode and read about it below.

Wisconsin State Fair won’t happen this year, but Wisconsinites can still get their cream puff fix. During the fair’s originally scheduled run, the fair will be offering curbside cream puffs at State Fair Park.

There will also be cream puffs available at Festival Foods stores in Kenosha, Appleton and Madison from 10 a.m. to 2 p.m. on Aug. 10-12. They’ll be available in three packs and six packs.

Looking to burn off the calories from those cream puffs? The fair is doing a Virtual Cream Puff 5K benefiting the State Fair Foundation. You can register online through July 30 for the run or walk.

More and more restaurants are announcing that they’re reopening. Maxie’s recently reopened, and Blue’s Egg and Story Hill are planning on reopening soon, too. But they’re being cautious, opening with reduced hours and reduced capacity.

Third Coast Provisions opened on Wednesday. They’ve taken measures to contact trace and test all their staff. Merriment Social is also open as well, and they’ve been taking advantage of the building’s large garage doors to create an open-air dining area. Company Brewing’s patio is open, too, and Transfer Pizza has a new patio. Expect this to be a big season for patio dining. But are we ready to start dining at restaurants? Ann says she isn’t.

The city has shared its reopening plan that will let restaurant owners reopen at full capacity. In order to do so, though, restaurants will have to share a safety plan, according to the Biz Journal.

The city is currently in what it calls Phase 3 of its reopening plan. Restaurants would be allowed to reopen at full capacity it reaches Phase 5. And today the city is debating whether it is ready to move to Phase 4, the in which restaurants could operate at 50% capacity. This is all subject to change, of course, but it means that it’s possible restaurants could be at full capacity again by the end of summer.

There’s a new takeout restaurant called Smax at 770 N. Jefferson St., in the food court that’s home to the beloved Pakistani restaurant Shah Jee’s. The concept it it offers boxed lunches, modeled after those sometimes seen in the TV show “Mad Men.” The menu is more globally minded than anything Don Draper ate on that show, though, with Cuban, Mexican and Vietnamese-inspired dishes.