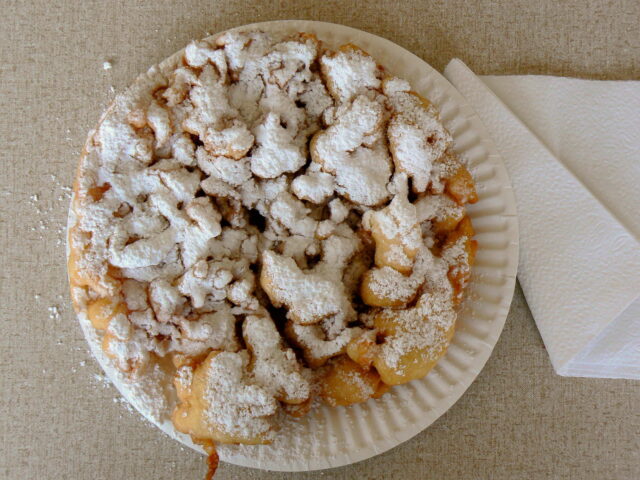 Even though Wisconsin State Fair has been canceled this year, the fair grounds will be offering a curbside pickup featuring some of your favorite fair foods. We’ll be talking about that, as well as some restaurants that have closed temporarily after workers tested positive for COVID-19, on this week’s episode. Also Braise is hosting a paella party, there’s a new steakhouse with a Mexican flair coming to a beloved South Side location, and Iron Grate BBQ has a new food truck.

For those who miss the treats at Wisconsin State Fair, the fair grounds are hosting a fair foods drive-thru, which will allow patrons to purchase corn dogs and cheese curds and other fair signatures. It kicks of July 23, and each week offers a different menu. The rotating menus will be posted each week, so you’ll have to wait and see what they offer. It runs through Aug. 16.

Meanwhile, the pandemic continues to take a toll on Milwaukee restaurants. At least eight of them have closed after learning that an employee has tested positive for COVID-19, including Stubby’s Gastrogrub and Beer Bar, Brandywine, Honeypie and Palomino, Who’s on Third, Steny’s and Buckley’s. Months into the pandemic, there’s still incredible uncertainty about its impact on restaurants.

On a happier note, Braise is hosting a paella party today from 4-8 p.m. Diners can either eat it on the patio or take it to go, and they’ll have their pick from chicken confit, shrimp and chorizo or summer veggie paella, all served with homemade bread and salad. The price is $20 per person or $75 for a family of four.

The former location of Fritz’s Pub, which used to have one of the most celebrated fish fries in the city, will become home to a steakhouse with a Latin flair. The owner has a great track record in the city. He also owns Fat Valdy’s, The Chicken Palace, Fiesta Cafe and the La Michoacana franchise.

Some more good news: If you can’t make the drive to the South Side for Iron Grate BBQ, you’ll be able to find it a little closer to Downtown, at 1010 S. 1st St. in Walker’s Point, starting Wednesday, July 8. Hours during its first week will be Wednesday and Friday from 11 a.m. to 3 p.m. and Sunday from 9 a.m. to 1 p.m. The menu, features some surprises, including a “hot dip sammie,” as well as favorites like pulled pork and brisket.

Hear us chat about all that and more, including a new chicken spot near the Deer District, on this week’s episode.