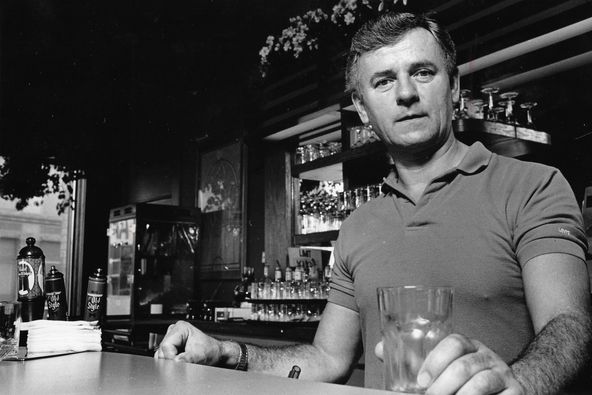 In February 1982, Wisconsin made history. It became the first state in the nation to create protections for LGBTQ people, legally shielding the community from discrimination at work, in housing and in public accomodation.

But Milwaukee’s LGBTQ community was out and visible long before that law was passed, including at one well-loved Milwaukee gay bar called the M&M Club. It opened in summer of 1976 and closed in 2006, and it was a haven for the community, at a time when being openly LGBTQ was actually illegal.

On this episode, we speak with the original co-owner of the M&M Club — Bob Schmidt, now 83 — who was recently in town for the bar’s 16th reunion party. He discusses how he created a safe and welcoming environment for patrons, LGBTQ and otherwise. Plus, co-host Michail Takach shares a detailed timeline of how the law evolved in Wisconsin below.

Sodomy, basically defined as non-procreating sexual relations, was outlawed in Wisconsin before Wisconsin was even a state.

In 1836, Congress created the Wisconsin Territory with all the same laws as the Michigan Territory, including a sodomy law charging up to three years of prison per act. The penalty increased in 1839 to five years.

In 1897, the law was expanded to specifically include “oral penetration,” which targeted heterosexuals but strangely excluded lesbians. Edwards vs. State (1926) confirmed that oral sex between men and women was against the law. But Garrad vs. State (1927) reiterated that “sodomy, the crime against nature, has from earliest times been considered as involving the male organ.”

So, were you safe as long as you were only having sex in secret, or not having sex at all? No. You were not.

In 1913, Wisconsin enacted a statute allowing the sterilization of known criminals, using “whatever method is safest and most effective.” Limitless sterilization was seen as a cure-all preventing the proceation of the mentally unfit. Since homosexuality was classified as both a crime and a clinical disease, an untold number of gays and lesbians were among the 645 Wisconsinites sterilized by 1934.

It got worse. In 1947, Wisconsin enacted a psychopathic offender law that allowed any private citizen to declare another “dangerous,” and the local sheriff was empowered to detain and jail the offender indefinitely without a hearing. The accused did not even need to commit any crime, other than being accused. Unbelievably, anyone could accuse anybody of anything for any reason.

Between 1947 and 1951, countless gay men and lesbians were accused of being “sexual psychopaths” — some by their own lovers, once being found out, and found themselves institutionalized. Fortunately, the law was revised in 1951 to require the commission of a crime and to place limits on detention time.

And still, it got worse. In 1955, Wisconsin renamed sodomy “sexual perversion” and added a $500 fine to the 5-year prison penalty, both of which could be increased for repeat offenders. Suddenly aware that lesbians existed, they also added female oral sex to the definition.

In 1959, Wisconsin revoked drivers licenses for anyone convicted of sexual perversion.

Keep in mind, once someone was “found out” to be homosexual, the state laws were the least of their problems. Their names were regularly printed in local papers, with detailed accounts of their arrests. They lost their jobs, homes, spouses, children, every aspect of their reputation. Suicide and other forms of self-destruction were often seen as their only choices. America’s Skid Rows and SRO hotels were filled with men broken by an oppressive system. (At the same time, many of our LGBTQ elders and landmarks are known only because of the shame they experienced — the one and only silver lining in this situation.)

Not until 1966 did any organization take a stand against these devastating laws. The Wisconsin Young Democrats were the first organization in the US to endorse their repeal. In 1967, Lloyd Barbee, a Milwaukee politician, proposed the first gay rights bill. It failed, as did four subsequent attempts.

Gay People’s Union, formed in 1971, fought valiantly to change Wisconsin’s oppressive infrastructure. Alyn Hess, GPU founder, also formed the Wisconsin Alliance for Sexual Privacy. But these horrifying laws remained on the books, as a silent threat and constant reminder to the LGBTQ community, that our existence was criminal.

Why so much focus on sexual activity? At the time, homosexuality was not widely seen as a valid identity. There were no support networks or resources for our elders, nowhere to turn for validation, and few people who could be trusted to know their true identities. Homosexuality was seen as a compulsive, defective and dangerous disorder that needed to be corrected.

However, the corrections – ranging from destructive conversion therapies to excessive medications to front lobotomies — were never corrections at all. Fortunately, cultural change was on the way.

The American Psychiatric Association delisted homosexuality as a disease in 1973. Madison introduced the state’s first anti-discrimination ordinance in 1975, followed by Milwaukee in 1980. In 1977, “sexual perversion” was reclassified as a misdemeanor and reduced to nine months of jail time and a $10,000 fine.

In February 1982, Governor Lee Dreyfus signed a statewide anti-discrimination bill. But there was just one problem: while it was now illegal to discriminate against gays and lesbians in work, housing or public accommodation, it was still technically illegal to be gay or lesbian. Not until May 5, 1983, with the passage of the Consenting Adults Bill, was “sexual perversion” decriminalized and private, non-commercial acts between legal adults legalized.