Specters, scents and inspiration: an interview with Willem Dafoe

Specters, scents and inspiration: an interview with Willem Dafoe 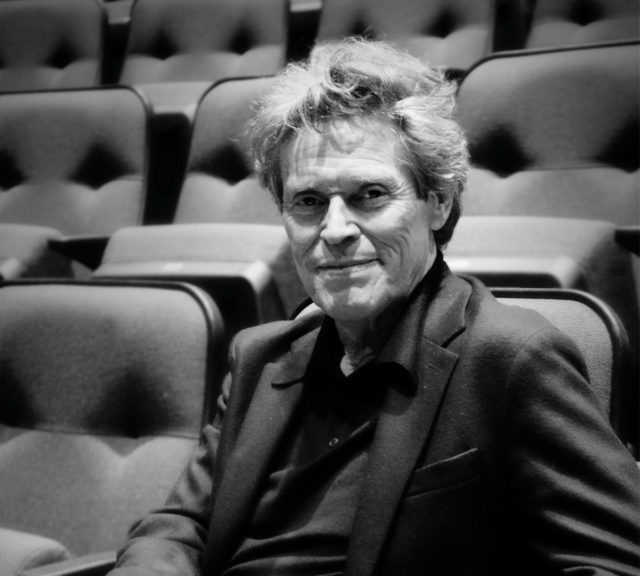 You probably gathered from the headline that this episode features Willem Dafoe. And no, it’s not clickbait. It wasn’t even a virtual interview; I sat right across from Willem Dafoe in the same room to talk about Milwaukee and music. Let’s set the scene:

Dafoe was in Milwaukee to deliver a commencement speech to the University of Wisconsin-Milwaukee’s graduating class. We were at UWM’s Peck School of the Arts, on the Mainstage Theatre, that Saturday. The location was intentional — Dafoe performed there 40 years ago. The first thing he did when he walked on stage was tell his ghost story. He stopped, looked up and around, and with a big smile on his face recalled the time he played Ariel in Shakespeare’s “The Tempest.”

The story goes that right before curtain call after his final performance of the night, he went above to the proscenium stage. Standing up against the wall all alone so the audience couldn’t see, he felt someone next to him breathing down his neck. Then it passed. That’s how Dafoe greeted us, talking about the literal ghosts of his past — one that perhaps still occupies that stage.

What can I say about the legend himself that you don’t already know? Well, I can say I was incredibly nervous. I showed up at the UWM campus roughly three hours early for fear of being late or getting the location all wrong. My heart beat so fast that my ears started to ring. But then he walked into the room, told his ghost story and — whether intentionally or not — put me at ease. I felt relaxed and ready.

Although he’s known for an extensive filmography and naturally villainous face, Dafoe has a calm demeanor about him. I don’t say this lightly, but seeing him in the flesh — so very human — was inspiring. You might be like me and have big, star-reaching dreams you’re not sure how to grasp. I tend to get overwhelmed thinking about the future. Yet seeing someone like Dafoe, who went to the same university I attended, made everything feel possible.

I had 15 minutes with him and had to make them count. The first question I asked was a Radio Milwaukee question — a Dori Zori question in fact. She asked it when I started working here: “What did your childhood smell like?”