Demolitions on North Avenue leave behind decades of East Side memories

Demolitions on North Avenue leave behind decades of East Side memories 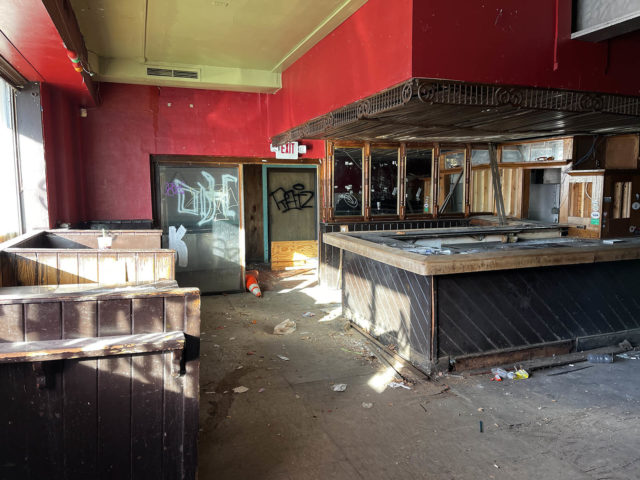 Every week on Urban Spelunking, Radio Milwaukee’s Nate Imig and OnMilwaukee’s Bobby Tanzilo dig into the buildings and architectural features that help retain the city’s sense of history while it builds for the future.

On this episode of Urban Spelunking, we say farewell to two East Side institutions on North Avenue, as their demolition is well underway.

The first building is RC’s bar, 1530 E. North Ave., a place we previously visited on the podcast in 2018 when it announced its closing. Established in 1974, RC’s became an East Side institution and was the first business Robert “RC” Schmidt opened in a line of successful future ventures. He later established The Harp, Water Street Brewery, Trinity Irish Pubs and Vagabond.

The other building, at 1504 E. North Ave., is the original home of OnMilwaukee.com. Most recently it was known as Buddha Lounge, but many businesses came before, including Clutch, La Piazza, Glass Nickel Pizza, Buddha Lounge and Node Coffee Shop.

But the end is near. Both buildings, among others, are in various stages of deconstruction, making way for a new development. The four story, mixed-use building designed by Engberg Anderson Architects will include 56 apartments and a UW Credit Union, and will be constructed by Greenfire Management Services. A few weeks ago, Bobby got a chance to explore the two buildings before they came down.

Listen to the podcast below for memories about RC’s, Node, the original home of OnMilwaukee and more from the deep history of both Milwaukee buildings. Then head over to Bobby’s full story at OnMilwaukee for more history and photos, and be sure to subscribe for new episodes of Urban Spelunking every Tuesday.