Look inside this ‘forgotten’ Frank Lloyd Wright home in Shorewood

Look inside this ‘forgotten’ Frank Lloyd Wright home in Shorewood 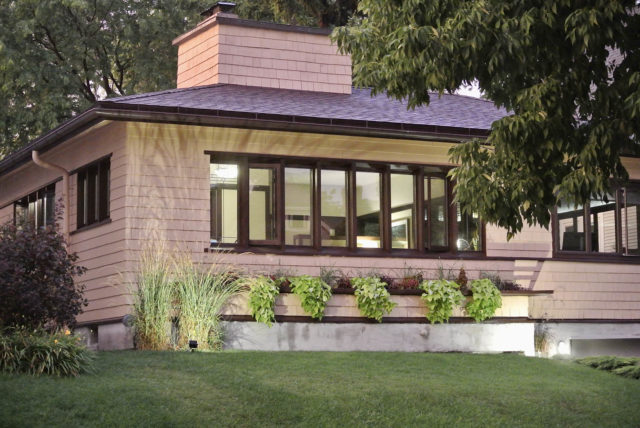 In a live follow up to last week’s Urban Spelunking episode about Frank Lloyd Wright’s famous Bogk House and its Milwaukee lookalikes, Bobby and I head to Shorewood to visit another genuine Frank Lloyd Wright home that was recently “rediscovered.”

Not only does the home represent a tense chapter of Wright’s career, but also, in a juicy twist, it stands across the street from a home designed by his protege-turned rival.

Current owner Nick Hayes takes us inside the home on a personal tour, plus he shares how Wright’s design forced he and his wife to downsize considerably as they moved in. Hayes is also a writer and has documented his journey to buying and rehabbing the Wright home in his recent book “Frank Lloyd Wright’s Forgotten House.”

Completed in 1918, it was built as part of the American System Built program, a program Wright distanced himself from later in his career. The notoriously controlling Wright was uncomfortable with so many parties involved in the construction of each house in the program, from the builders to the eventual residents, says Hayes.

And as Wright moved on, so did history. Because he so rarely talked about his involvement in the project, the later System Built homes faded from prominence, nearly forgotten, says Hayes.

The prairie-style home features Wright’s signature straight, clean roof and window lines, casting interesting shadows that change shape as the sun moves through the sky. Inside, the living space is compact but intentional, with built-in bookshelves and cabinets, and surrounded with slim windows on all sides.

Listen to this special edition Urban Spelunking below as Hayes takes us on an in-depth tour of the home, plus Bobby and I share more about Wright’s conflict with his right hand man, Russell Barr Williamson.