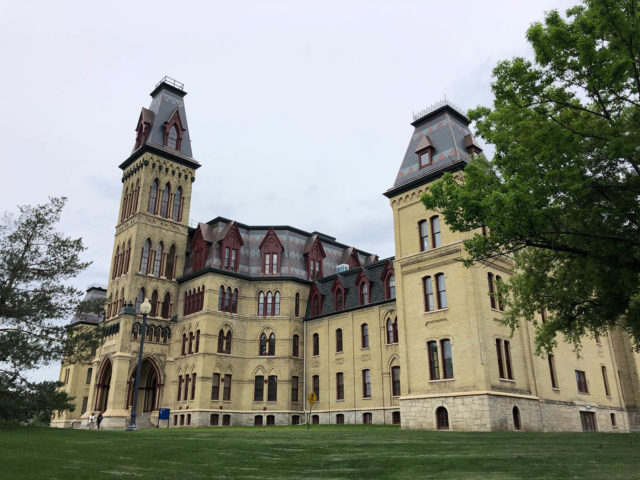 After a decade of restoration and $44 million in investment, the Milwaukee Soldiers Home has reopened, offering 101 housing units and supportive services for veteran residents.

Established after the Civil War in 1867 on the orders of president Abraham Lincoln, the Milwaukee Soldiers Home is truly a landmark, both locally and nationally.

It is one of only three original soldier’s homes like it in the country, a park-like campus designed to help veteran recuperate after returning from war. The six-building site has been designated as a National Historic Landmark and is one of 43 in Wisconsin.

But just 10 years ago, the future of the Soldiers Home was uncertain. The largest building, known as “Old Main,” had been vacant since 1989 and fell into disrepair in the years that would follow.

It its worst condition, the roof was collapsed, completely exposing it to the elements. The roof and windows needed extensive repair to simply protect the building, and significant more investment would be needed to open it back up to residents.

On this episode of Urban Spelunking, OnMilwaukee’s Bobby Tanzilo and I were invited to tour the space with Jonathan Beck with The Alexander Company, which served as project developer, co-owner and architect. We learn more about the housing and supportive services the Milwaukee Soldiers Home will provide.

Listen below and be sure to visit OnMilwaukee for more history and photos.