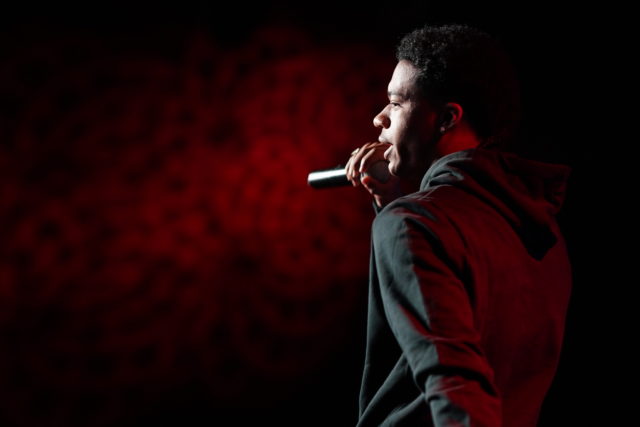 Last week on 414 Live we had RB Vic hit the stage after his re-brand and release of his premiere EP “Rally Boi” and his recent wins as the champion of the Milwaukee Library Rap Battle and Rising Star award at the Radio Milwaukee Music Awards.

We discussed his young start doing ABC raps from the age of seven, his supportive journey with the Running Rebels as well as learning and working alongside Milwaukee legends such as Cincere, Dae Flywalker, Yung Legend, Ray Nitti, Pizzle and Job Jetson.

RB Vic laid down a performance that was so tight knit, he didn’t miss a beat or a breath. There’s more new music on the way from his recent visit working at Patchwerk Studios in Atlanta and two new videos being released this Winter for “Black Royalty “and “Right or Wrong.” Definitely keep on the look out for a lot more from this rising star.