Jeff Tweedy searches for joy amid the darkness

Jeff Tweedy searches for joy amid the darkness 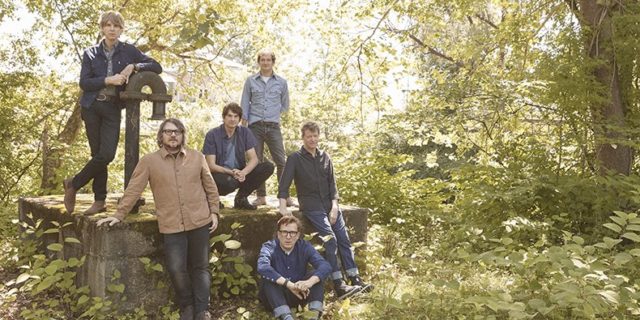 On Oct. 4, Wilco will release their 11th studio album, “Ode to Joy.” The album comes on the heels of two Jeff Tweedy solo albums, “Warm” and “Warmer.” The album doesn’t skirt around the fact that we are living in a charged time. Through “Ode to Joy” Jeff Tweedy tries to find joy in love, companionship, friendship, and family. “This is my effort to figure it out,” Tweedy tells us.

Let’s talk about your new record. “Ode to Joy” is coming out, and they sent it to me early. It’s a great listen. I think it could be called “Ode to Love,” as well. I feel like there’s equal parts love and joy there.

I’ll take your word for it.

Do you not think so?

I think it could be — joy is involved in love. I think that it’s always hard to write a whole records’ worth of material without talking about a love or referencing love — even in its absence. So, yeah, I think the whole record is about having small emotions and small personal concerns and — in our current political climate — feeling like they’re overshadowed by some awareness of deeper suffering. Even in a global sense and outside of your realm, love is a part of that. I mean, love, joy, companionship, friendship and family are all worth fighting for. For me, if you’re not enjoying or are supportive of those things that are worth living for, you’re eliminating some desire to make things better.

For sure. Maybe the ode is to love in the absence, as you said, because that is everywhere. But you mentioned “small emotions” — why did you key in on small?

I think a lot of people in this moment spend a lot of time being outraged at big problems. They are outraged from a distance, and overwhelmed by global concerns at the expense of fully appreciating and feeling our own emotions. In some cases, people are even feeling ashamed to have joy, or be in a positive state of mind when there’s so much to be aware of that is disturbing or upsetting. I don’t know how humans evolve past that. It’s a relatively new thing to know of all of the world’s suffering, every second of every day. That’s beyond whatever political climate we find disturbing. It’s a new thing. I’m concerned about it, but I also think that we’ll figure it out. This is my effort to figure it out, I suppose, and to be comfortable owning the small moments of joy, as well as the bigger understanding of my good fortune in the world, you know?

Yeah. Having an understanding of the entire human suffering at once is so overwhelming, and it can be so exhausting. My friend tweeted about enjoying a TV show the other day, and then my other friend got in and was like, “How can you be talking about this thing that you’re excited about, when you know this other tragic thing happened?” It just seems so unfair to stomp on this person’s honest joy in something.

It’s not a zero-sum game. Does your friend that’s shaming people for having a moment of joy understand that him not enjoying that TV show doesn’t give that pleasure to someone else?

That’s so true. It’s almost what I wanted to say in that moment. I just said nothing because saying something felt pointless. But it is your job to say things. You’re in a profession where you are expected to speak and you have the burden of responsibility.

I don’t feel like that’s my job. I feel like I have opinions, but like anybody else, I’m a citizen. As a citizen, I feel like I’m doing my best to be a good one. I stay aware, and I contribute. My job is to be inspired, to keep making things and hope that somebody will stumble across them and become inspired to make something themselves. It’s more of promoting this idea that aligning yourself with creativity rather than disruption is a good idea.

At shows like yours, I feel like there is a sense that we can all agree on what makes us happy. It’s this thing that we can do outside of our typical circle, with people that may have different beliefs than us, and you love something together.

Well, I think all concerts are kind of that. I think that, at their best, public gatherings are an unparalleled human experience. It’s a way to really get some sense of community that we don’t normally have when isolated in our own homes. I think all of our rock concerts, sporting events and things like that are really helpful in that regard. They are something where you can kind of lose yourself and feel like you’re a part of something bigger, but at the same time, not feel alone.

Yeah. You know, I went to church for the first time in a long time, a couple of weeks ago, and I had that same feeling there. There’s so much going on there that I was conflicted about, but I loved singing along with everybody else. I knew all the words too. I loved having the go ahead to sing as loud as you want with everyone. It was great.

Yeah. There’s nothing that can replace that. One of the best things humans have figured out how to do is sing together. A lot of people that don’t have church in their lives look for it and search for it. Rock concerts have a very similar function.