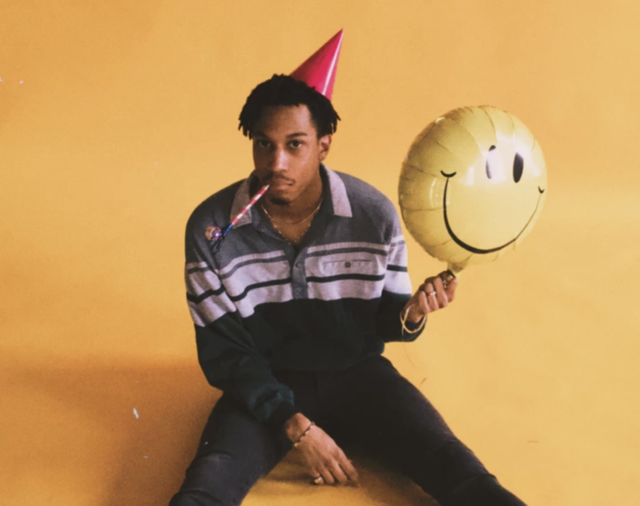 Alan Ward has never heard the De La Soul album “De La Soul is Dead,” so it’s just a coincidence that his new EP “BOR: Basket of Raps” includes some very similar framing skits. Both projects open with skits where characters discover a cassette tape of the album you’re about to hear – and in both cases, the characters don’t love it.

Ward’s music doesn’t otherwise have all that much in common with De La Soul – his style is closer to streamlined beats-and-raps template of Brooklyn rappers like Medhane or Ka, and there are shades of Tyler, The Creator in his groggy voice and curmudgeonly humor. But it’s telling that two projects, 30 years apart, could so closely mirror each other’s fascination with rejection. As long as there’s been hip-hop, there have been rappers like Ward, outsiders who understand their niche status, aware their music is bound to be dismissed by a wider audience.

Even the EP’s titular acronym, “BOR,” is a play on the word “bore,” because Ward says that’s how a lot of listeners will perceive it. “Most people listen to it and think, ‘this is all just extremely boring shit,’” Ward says. “’It’s not hype, it’s not a bop, why would I want to listen to this?’” One track on the EP ends with a man complaining, “I hate serious rap, it’s so boring – serious rap puts me to sleep.”

“Basket of Raps” is not, however, by any stretch of the imagination, boring. Nor is it all that serious. It’s a funhouse of soul and jazz chops, woozy boom-bap and barbed one-liners that sound so much funnier on record than they do when writers like me try to transcribe them.

It’s also a record about frustration, Ward says, and coming to terms with the reality that the rest of the world will never care as much about your own art as you do.

“I guess I was just mad that I didn’t get a Grammy after the first song that I dropped,” Ward says of his mindset when writing these songs. “Sometimes it feels like you’re just asking people for help or telling people about yourself over and over again and then nothing changes. It seem like you’re the only one who believes in yourself. I guess everybody feels that way, though, so you have to get over it.”

It’s not all as thankless as he makes it sound, though. He’s making music on his own terms, and he’s even finding a small audience for it, thanks to the EP’s single “Picasso,” which has gotten some traction in hip-hop blogs.

“That’s going to be the first song I’ve had that gets 10,000 plays,” Ward brags. “That will mean absolutely nothing to most people. But to me, it makes me very happy, because it shows I can put out the music I want to put out.”