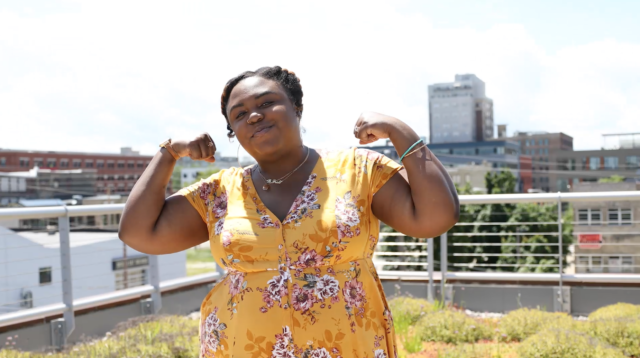 This Friday, July 24, 88Nine, along with Imagine MKE and Milwaukee Downtown BID #21, are excited to release the “Milwaukee Strong” project. For the past several months, our organizations along with over 30 local artists, have worked together on the release of the “Milwaukee Strong” song and music video, and the completion of “The Hero In You” mural by artist Ken Brown at the MacArthur Square parking garage.

The project started in April when musicians in the City of Louisville released a “Lift Up Louisville” song. Louisville Mayor Greg Fischer called it a “love song” to the city, and challenged the mayors of peer cities to create a similar song and video. Milwaukee Mayor Tom Barrett saw this as an opportunity to invite musicians in Milwaukee to engage in the project, and 88Nine Radio Milwaukee and Imagine MKE were invited to partner to create a song and video the city could rally around.

“Milwaukee artists have brought creativity, imagination, and passion to both ‘Milwaukee Strong’ and ‘The Hero In You.’ The results of their work are remarkable,” said Mayor Barrett. “In suggesting a Milwaukee song, I hoped for a piece that would inspire and unify our community; my expectations have been greatly exceeded.”

“Milwaukee Strong,” was written and produced by Shonn Hinton, assistant produced by B~Free with lyrics by Hinton and Ray Nitti. The song’s overarching message is one of hope and togetherness in the face of uncertainty, and the words encourage the city to remain united as we face the ongoing challenge of the pandemic risking lives and livelihoods.

Over 30 artists – “The Milwaukee All-Stars” – were brought together to contribute to the song, resulting in a rich piece that highlights the diverse talent of Milwaukee’s musical community. Contributions include a string quartet of Milwaukee Symphony Orchestra musicians, a trio of student musicians from our very own Grace Weber’s Music Lab, a vocal quartet of harmonies from band Ruth B8r Ginsburg members, favorite Milwaukee duos SistaStrings and REYNA, and much more.

The music video will also feature the 620-foot long, 5-foot high “The Hero In You” mural by Milwaukee artist Ken Brown, who was commissioned by Milwaukee Downtown, BID #21, and the Downtown Placemaking Task Force in April. The mural features 10 downtown essential workers and is intended to honor Milwaukee’s COVID-19 pandemic response.

The mural is located at MacArthur Square, whose history is notable – in 1951, it was home to a gathering of 40,000 people welcoming a visit from General MacArthur, World War II hero who called Milwaukee his “old hometown.” General MacArthur is known for his phrase: “Americans never quit.” 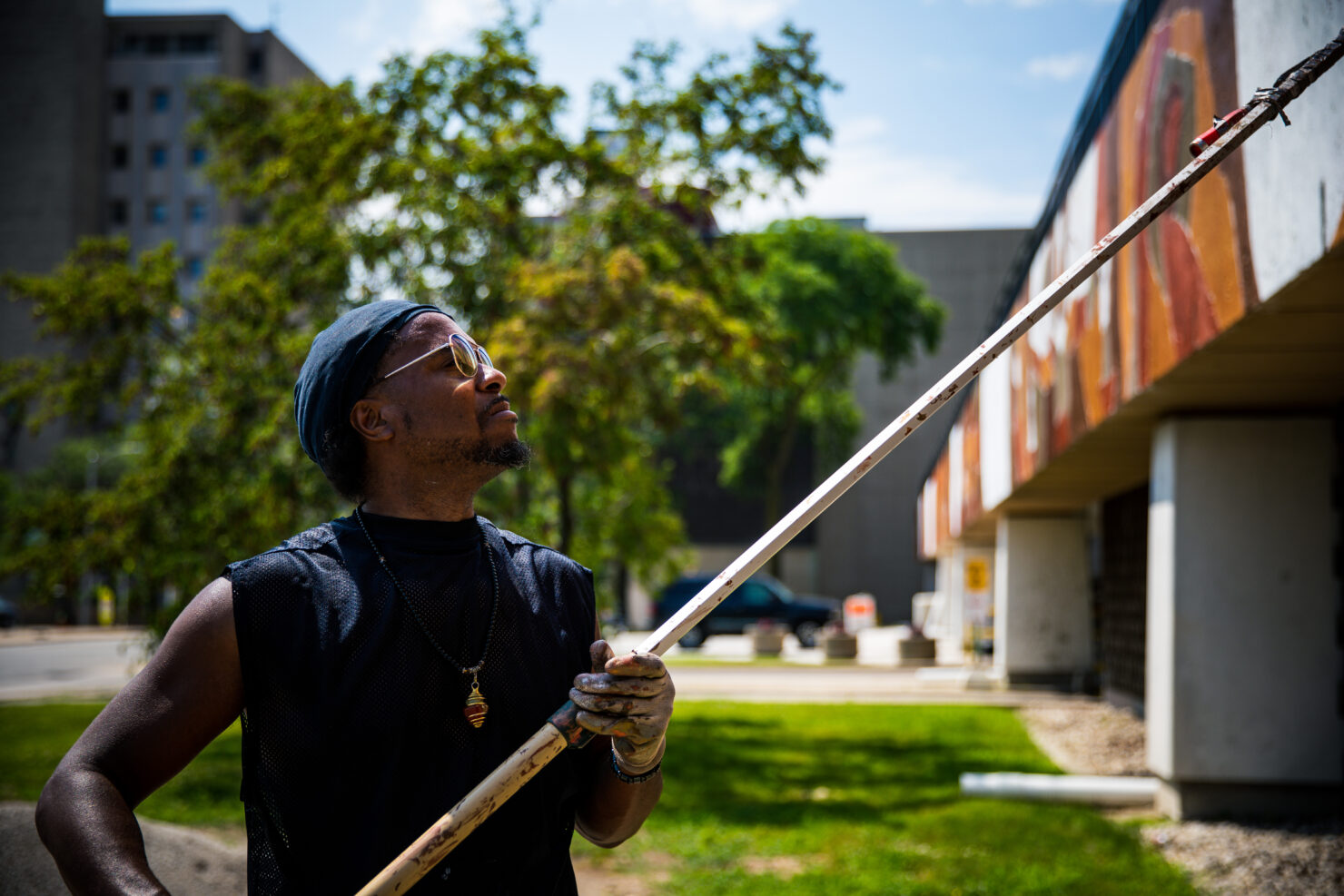 The community can visit www.imaginemke.org/strong to take action to: