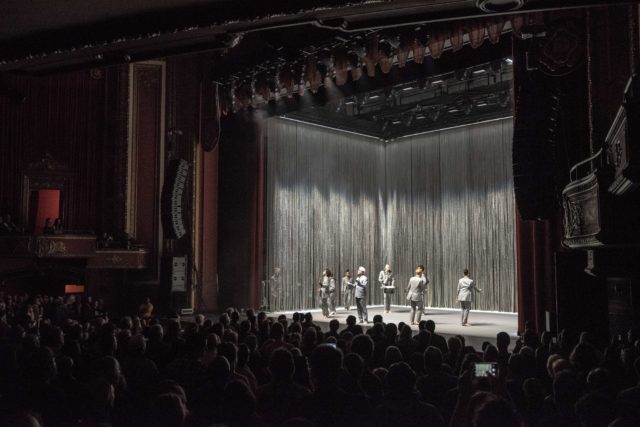 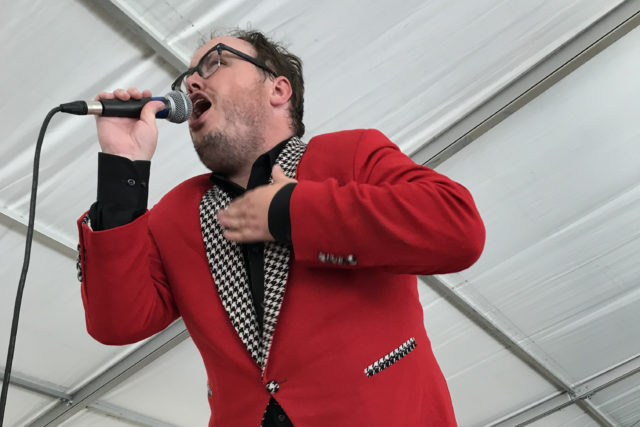 The Boulder FMQB/AAA Summit is a hotbed of music, a convention for radio and record labels with bands performing all hours of the day and night. When you draw the lunch slot to perform, you make the most of it. People are there to eat first and listen second. Unless you absolutely nail it, then everyone forgets they’re there for lunch, which gets cold while they’re performing.

Rhett and Old 97’s have famously been doing this longer than some people have been alive and they still do it at such a high level, that even 25+ years into it, they still deliver live, be it Rhett solo or with his day gig. I saw both incarnations in 2018 and both still kill it live.

Tim Showalter is one of the most genuine musicians I’ve ever met, he brims with enthusiasm for music in a way that most of us music lovers do.  He doesn’t believe in guilty pleasures, he just likes music for what it is, regardless of how cool it is or isn’t. His solo set at Cactus (one of two nights) was a flawless journey through his catalog.

Prior to their arrival in Milwaukee, most of us had only heard one song from the Black Pumas. Even their label was stingy about letting any more leak out. By the time they were done, we’d heard the entire debut album. It was stellar and worth the wait. This was likely one of those shows where you’ll remember what it was like to see a band’s first successful attempt at greatness. 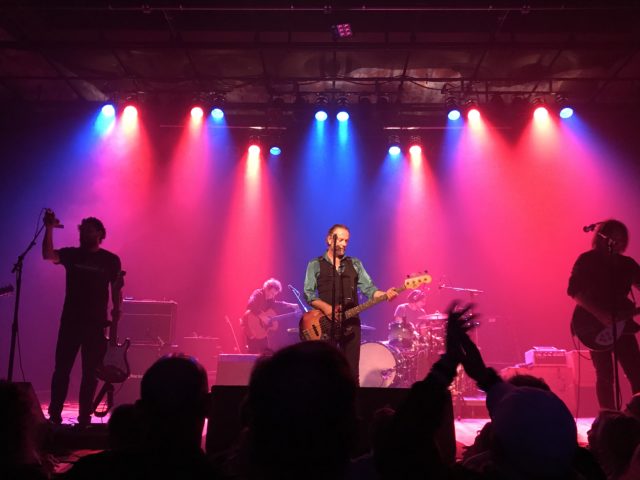 2018 marked the thirtieth anniversary of The Church’s landmark album “Starfish,” which served as both an introduction to and later, an albatross, for the band. Bandleader, bass-player and singer Steve Kilbey has stated in interviews he’d be content if he never had to play “Under The Milky Way” ever again but the song no doubt paid the way for the band over the years. When they performed the “Starfish” album in its entirety, “Milky Way” was second, so anyone there for solely that song was free to go but the rest of the album bristled with life, including album and set closer “Hotel Womb.” The second set focused a bit too much on some of the lesser new material (there’s plenty of great new material as well) but they rallied for the last five to six songs, spanning their whole career. 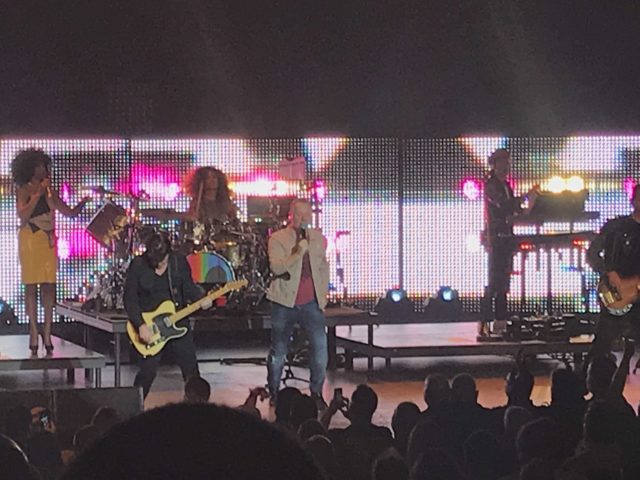 Simple Minds have been unfairly defined by their enormous hit “Don’t You Forget About Me,” which they didn’t even write. They had a solid career and catalog before and after the song launched them into the stratosphere and the set they did at the Pabst was for the diehards. Sure, those attending hoping to hear the “Breakfast Club” theme were rewarded toward the end of the second set, but those of us who’ve been with the band through the lean years were rewarded with some great deep cuts.

Maybe it’s the long hair and Jazzmaster, but I’ve always felt Kurt Vile was sort of like J. Mascis’ long-lost little brother. They both specialize in that fuzzy melodicism that is harder to pull off than they make it seem. Kurt’s show at Turner was supposedly a “make-good” for a less than stellar show he did at Pabst a few years ago. I was at that earlier show and had no complaints, but this set was certainly an upgrade. I counted Kurt playing seven different stringed instruments in the first seven songs (six different guitars and a banjo) and any bad feelings anyone may have harbored from the last show were assuaged. It was a superlative set.

Buffalo Tom never actually split up, they just went on extended hiatuses. They’re back with a new album—their first in seven years—and they also revisited their landmark “Let Me Come Over” album with a blistering set. Part one was “Let Me Come Over,” front to back. Part two was a set comprised on their deep catalog of fan faves. WhenJoe Shanahan, the owner of the club, comes out to personally thank the band and introduce their encore personally, you know you’re at a special show.

2. The The – The Riviera Theatre – Chicago, IL – September 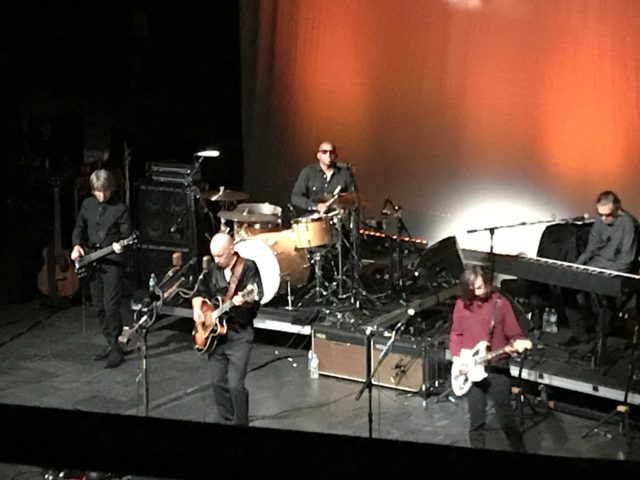 It’s been two decades since Matt Johnson (The The’s figurehead and sole original member) staged a world tour. On the surface, the notion of his touring band performing the entire set list sans sequencers, drum machines and any other “artificial” means seemed daunting—and possibly lame—given Johnson’s reliance on those devices over his 30+ year career. However, the gambit worked and the “Comeback Special” (as he cheekily billed it) was an amazing spectacle. Secret weapon, drummer Earl Harvin, managed to replicate the entire percussion palate of “Infected” with one drum kit, two hands and two feet—which was no small feat.

It’s not like David Byrne ever left but man, what a comeback! The American Utopia Tour 2018 was an amazing production on all levels, not a single musician was tethered, everyone had free rein to move about the stage and venue and it was the single best show I saw in 2018. The integration of Byrne’s newer material with his catalog solo and Talking Heads material was seamless. The added bonus of seeing Milwaukee native Angie Swan in David’s touring band was icing on the cake. 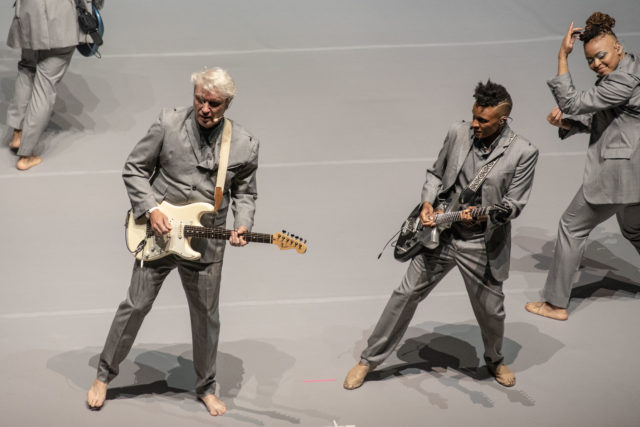 It's 2019, but I'm still not done reflecting on all the great concerts that defined 2018 for me

Though my peak show-going years are behind me (in my 20s, I’d go to four to five shows a week), I still make it out two to three times a week most weeks to shows. Everywhere I travel, I try and take in some live music too. And sometimes, when the shows don’t come to Milwaukee, you gotta go elsewhere to see them. In 2018, some of my favorites were here in Milwaukee, others in Chicago and even a few in Colorado, but all were unforgettable (with varying degrees of quality in the photo evidence).