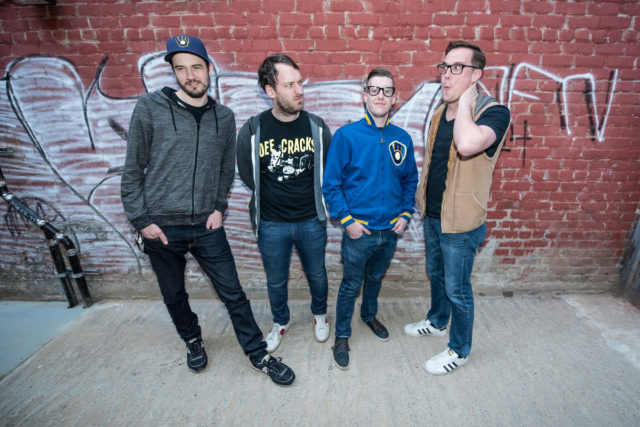 This is Direct Hit’s vision for the new venue:

“Our goal here is to fill a void that’s existed in the Milwaukee area since The Globe East closed nearly 15 years ago,” Woods says. “Performers of all ages need a safe, stable and affordable place to hone their skills, meet new people in their communities and realize their visions for both themselves and their art, just like any pro athlete training in a gym. This isn’t a non-profit business by definition, and everyone in our group expects their investments to be protected, but we haven’t designed the operation to run as a high-volume service business to make hundreds of thousands of dollars. We want to build a long-lasting, inclusive, viable venue for creative people of every persuasion – that’s the real motivating factor.”

Woods grew up in Oconomowoc and attended Marquette University High School before earning degrees in Journalism and Communication Arts, and an M.B.A. all from the University of Wisconsin. In partnership with Chicago musicians/artists Andy Slania and Eric Baskauskas and Woods’s wife Kate, the group secured financing to buy the property through First Bank Financial Centre, along with support from seven additional investors living in Milwaukee, Chicago, Michigan and Minneapolis, who contributed legal counsel and consultation as the business has been planned.

“Every investor here has deep roots in Milwaukee music. We all grew up going to shows in Midwestern basements, dives, Legion Halls and rec centers and Direct Hit’s been lucky enough to get a taste of mainland Europe’s youth houses. Those are the clubs we love and they’ll be reflected in the place we’re building here.”

The group selected the Packard Avenue property on the heels of many young families moving to the area, adding to Cudahy’s strength as a bridge between Bayview and South Milwaukee. The group plans to install a new PA system, bar and restaurant equipment and make extensive repairs and updates to the existing building before opening.

“Playing in a touring rock band has taught me more skills and life lessons than any single job, class or mentor has – I firmly believe in learning by doing,” Woods says. “This is our group’s way of giving back to the community that supported us in making the music we wanted to hear, traveling the world and learning first-hand how people we looked up to created media that changed our minds for the better. We hope our place will have a hand in providing that same opportunity to new and established artists, entertainers, journalists and leaders.”

Direct Hit, the Milwaukee-based band, is beginning renovations a the former Vnuk’s and Metal Grille club at 5036 S Packard Avenue in Cudahy. The band will be re-opening it as a mini-arcade and live music venue before the end of the year.

Direct Hit’s lead singer and manager Nick Woods says he expects almost all of the events at the venue to be all-ages. “We don’t want to make an enormous deal that it’s an all-ages place,” he says. “It’s still a bar, and we’re still serving alcohol, so we’re probably not going to be stamping ‘ALL AGES’ on every flyer, but people will know that it’s a place where all ages are welcome.”

Woods says the (still unnamed) place will offer a selection of video games and a cocktail menu featuring both non-alcoholic and adult beverages, domestic and craft beer and bar food modeled after “well-known frozen party snacks” (Totino’s Pizza Rolls?). He says he wants it to be more than a metal club—they also want to premiere films, do comedy and host classes.