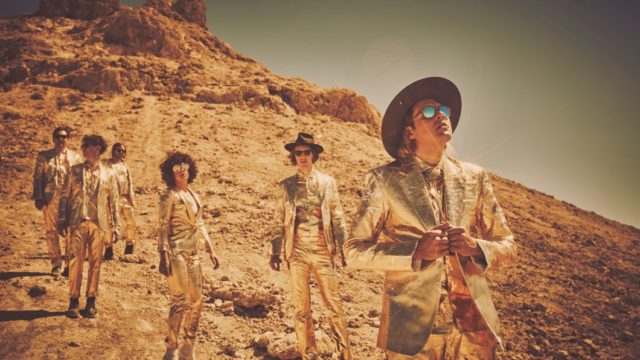 Arcade Fire at Summerfest? It isn’t too good to be true.

Arcade Fire makes a return to Milwaukee for the first time in many, many years.  Last time they played Milwaukee was a show in November of 2004 at Mad Planet in support of their album “Funeral.”

Today, Summerfest announced that Arcade Fire will close out Summerfest on July 8.  They will headline the American Family Insurance Amphitheater along with a special guest to be announced later.

Hailing from Montreal, Canada, Arcade Fire are a six-piece band that has won two BRITs, two Grammys, and have released three records over the last ten years. Their breakthrough album Funeral (Rough Trade, 2004) was nominated for a Grammy for Alternative Album of The Year and as the decade closed Funeral was chosen by Rolling Stone as the #1 album of the ’00s.  Arcade Fire will make their Summerfest debut in 2018 touring the band’s fifth album, “Everything Now,” released on July 28, 2017.

If you can’t wait until the summer to see Arcade Fire, you can watch them perform on Saturday Night Live on Mar. 17 with host Bill Hader. Arcade Fire recently released a collaboration with the legendary Preservation Hall.  The track is the official theme song for the New Orleans festival, Krewe du Kanaval which was started by Arcade Fire’s Win Butler.

Tickets go on sale on Friday, March 9, 2018 at 12:00 p.m. CST at Summerfest.com and Ticketmaster.com and include admission to Summerfest. Tickets for Arcade Fire at Summerfest can also be purchased at the Box Office in person, Ticketmaster Ticket Centers, select Walmart stores, and by phone at 1.800.745.3000 (live Ticketmaster Agent) or 1.866.448.7849 (“Ticketmaster Express” automated phone line).