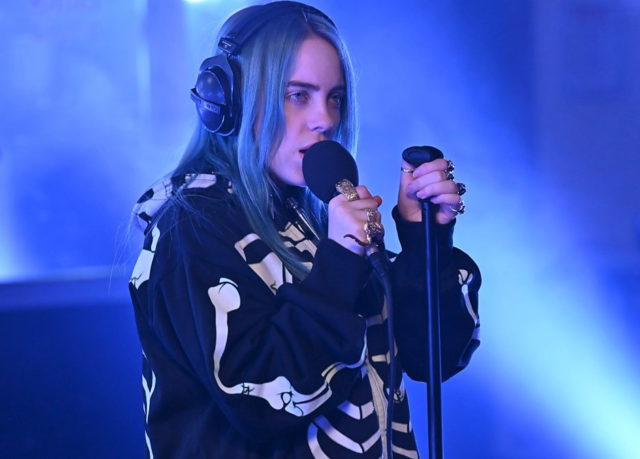 Every day during Summerfest, we’re rounding up the festival’s highlights and hidden gems and sharing Radio Milwaukee staff picks. Here’s everything you need to know about Saturday, July 6’s lineup, which features perhaps the most anticipated headliner of the entire festival, Billie Eilish, as well as Atmosphere, Brother Ali, Dark Star Orchestra, Bleachers, Skillet, Semisonic, Dumpstaphunk and more. We also have the scoop on the today’s promotions and the day’s full schedule. (You can find Summerfest’s complete daily schedule here).

Of all the artists Summerfest landed for the American Family Insurance Amphitheater this year, none have garnered more buzz than Billie Eilish, the intensely creative 17-year-old pop star who released her debut album “When We All Fall Asleep, Where Do We Go?” earlier this year to instant acclaim. Make no mistake about it: She’s not just a flash in the pan; she’s a huge artist who’s likely to be part of the pop landscape for a very, very long time, and that Summerfest was able to book her is a major feather in the festival’s cap.

If you have tickets, consider yourself lucky: The show sold out quickly, and given her newfound stature, it could be a while before she plays Milwaukee again. Eilish’s brother Finneas, who produced her debut album, will open this show.

Justin Barney recommends: Atmosphere and the Rhymesayers Takeover at the Miller Lite Oasis

Rhymesayers is the independent hip-hop record label out of Minneapolis, Minnesota founded by Atmosphere. And once a year, Summerfest just kind of gives them a stage to have all day. It’s actually an incredible thing. Rhymesayers has carte blanche with an entire stage all day at Summerfest. So they are bringing the party. They will have deM atlaS, Brother Ali, Nikki Jean, and Atmosphere. Rhymesayers DJs will be spinning between sets. All day on the 3rd it’s Minneapolis in Milwaukee. Stop by whenever and it will be a great time.

Another highlight: Brother Ali, who plays at 8:45 p.m., before Atmosphere’s 10 p.m. headlining set.

Fresh from her PrideFest performance, and releasing her new single Tampons, Shle knows how to get a crowd going. Her vivacious style and integrated approach has audiences on their feet, ready to move, jump, dance, and sweat with her as she performs. A blood-pumping performance is a sure way to make your day at the Big Gig a little better.

The seven-piece neo-soul-folk group doesn’t play nearly as much as I’d personally like, so when there’s an opportunity to catch them, I do everything in my power to do so. The compelling group exudes empowerment and a sense of restored faith while giving an absolutely heart-wrenching voice back to the people. Using their inspiring platform, incredible talent and captivating harmonies, the group gives a one-of-a-kind performance every time.

It’s a night of jam covers at the BMO Harris Pavilion. Famed for covering Grateful Dead shows in their entirety, Dark Star Orchestra headlines at 8 p.m. (we’re guessing they play a long time). But if you get to the stage early, at 6 p.m. you can catch PHUN – A Tribute to Phish, too. That’s a lot of second-hand jam music!

It’s Northwestern Mutual’s Make a Child Smile Day. The first 1,500 patrons who donate new or gently used children’s books with a $10 minimum value will receive one free admission ticket. Picture books and early readers for children ranging from newborn babies through age 10 are preferred. All books collected at the Mid-Gate Promotions Booth will be donated to Next Door.