Busting out the brim with Brass Rooster Hat Co.

Busting out the brim with Brass Rooster Hat Co. 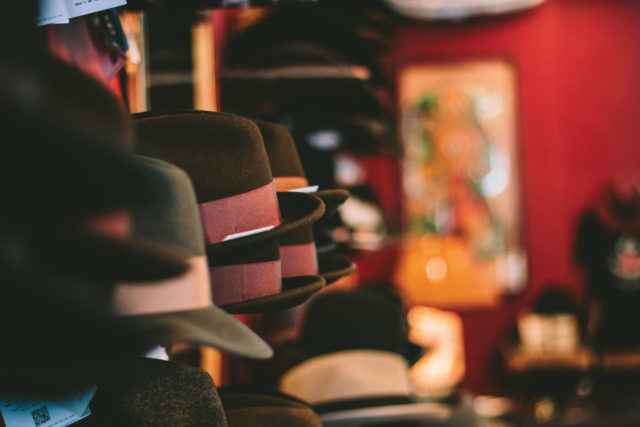 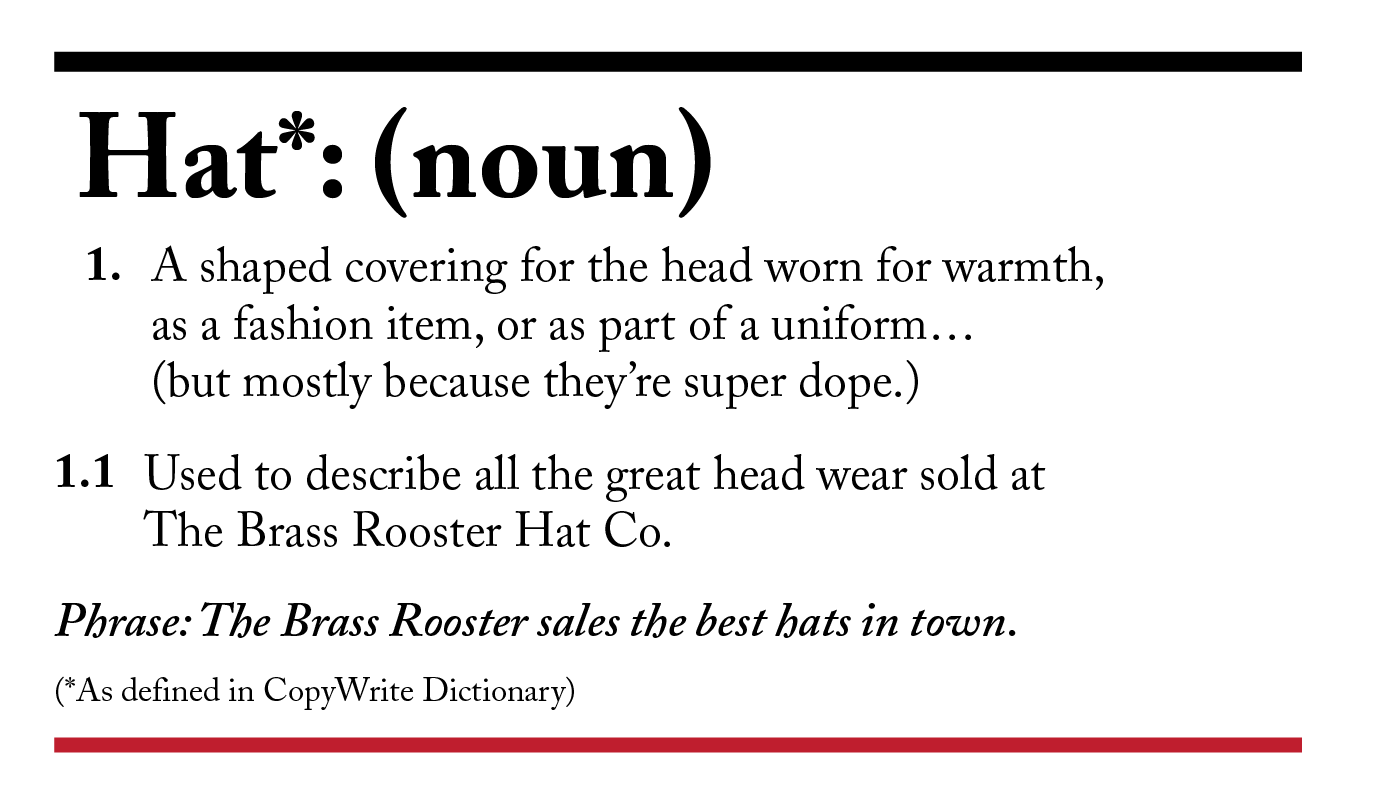 88Nine Radio Milwaukee is proud to announce our partnership with the Milwaukee urban magazine CopyWrite. Founded by Lexi Brunson and Carsyn Taylor, CopyWrite takes a unique look at Milwaukee’s culture, art, fashion, and music.  We will be sharing their stories here on radiomilwaukee.org. We also invite you to visit their website and read their magazines. Read their feature story on Brass Rooster below. 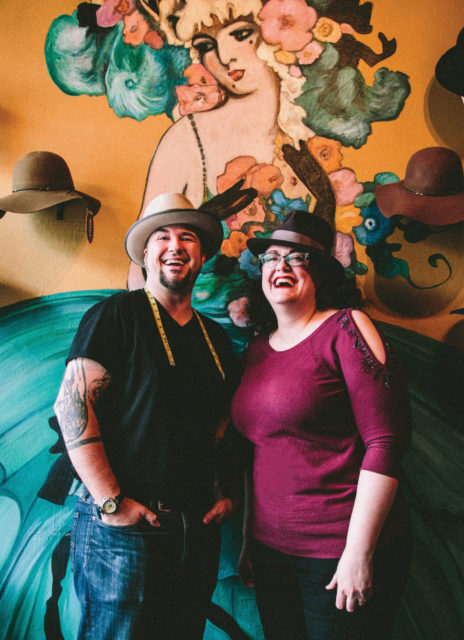 On the flourishing stop of Kinnickinnic Ave. in Milwaukee’s Bay View neighborhood The Brass Rooster lives. The storefront windows are covered with hats and pizazz that is reminiscent of a boutique style not seen much around these parts anymore. Here, stories trail each brim and an authentic passion thrives. CopyWrite stopped in to speak with owners, John and Kate McLaughlin, about their hats, journey and Milwaukee legacy.

Quite fitting, these two are a great pair. Their playful nature, sassy remarks and casual personas wrap around the store. Every laugh and every anecdote uncensored. Their passion and excitement made us feel right at home. As we sat in back of the Hen House (the women’s section of the store), John worked on one of his custom pieces and Kate sat close by while the history of The Brass Rooster came busting out the brim.

Almost 5 years ago, the hat shop idea bloomed in the mind of Kate. She revisited the events that urged her to ask her husband if he would be down to open the new venture while driving on the highway. She frankly noted that it was definitely the best time to ask since there was nowhere for him to escape to.

It’s (hat) the last thing you put on and the first thing people notice.
-- John McLaughlin

Kate: “I said ‘So Honey what do you think about opening up a hat shop?’ within minutes he replied yes.”

Lucky for them both it was one of the best questions she could have ever asked. The signs had been there, they just had to act upon them.

Kate noticed that hats had been trending, not that they ever fully left the scene but their presence in fashion had resurgence. She had noticed them all over commercials, she was very aware of them in the theater world (working for the Milwaukee Rep.) and John himself wore hats (not to mention he was skilled in making and refurbishing them). But one of the most noteworthy moments where their fate had showed itself was during a visit to a hat shop on the west coast, where the sales lady was clueless about the product or where the hats had came from. This lack of knowledge revealed a void where John and Kate could be the fill.

They had skills, craft and the zeal; why not go for it. And so they did. The business was opened on all their savings. There first location opened on twelve grand with no bank loans. 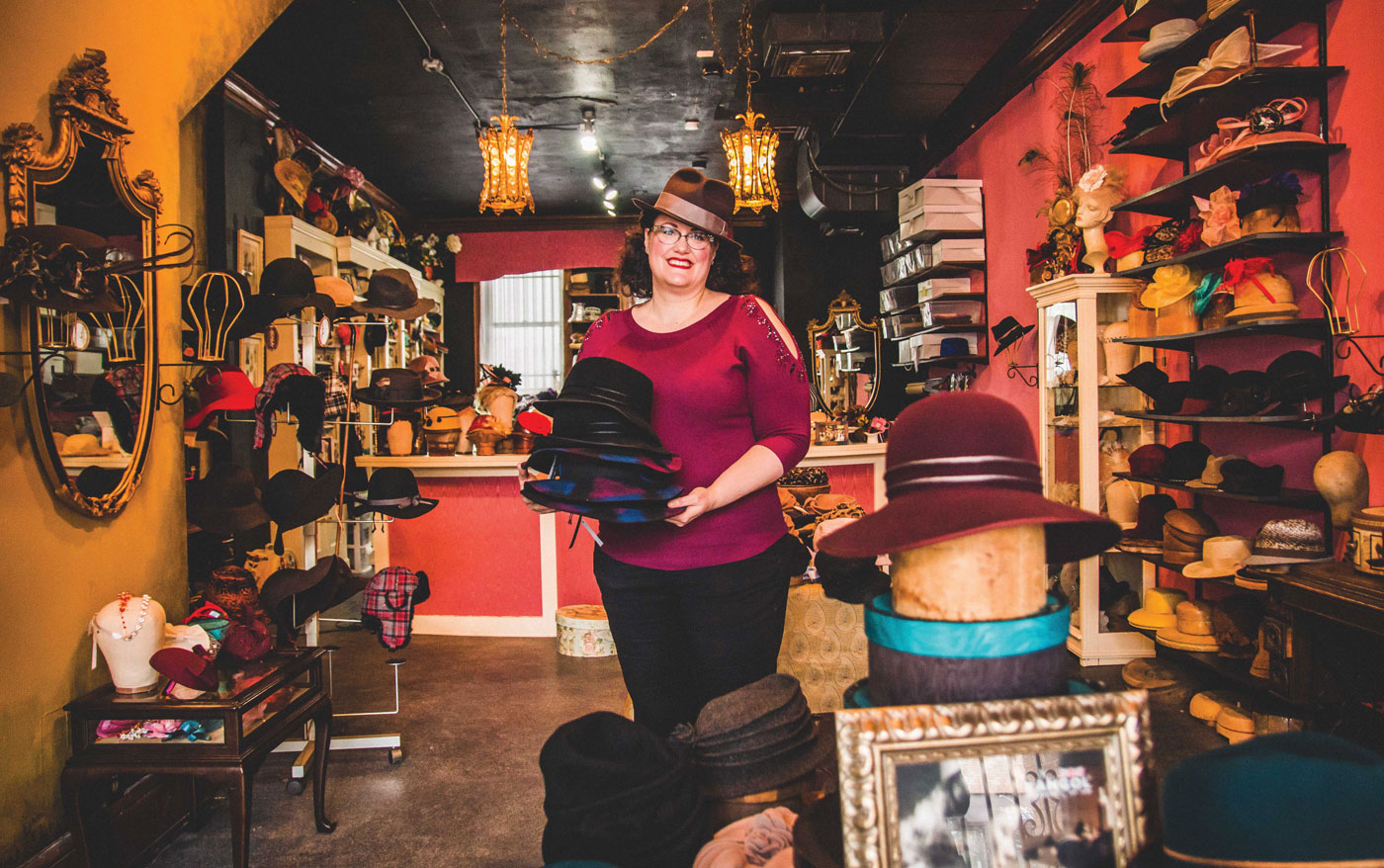 John: “We also have no credit cards.”

Something many businesses cannot say. John suggested that their willingness to give it their all was in the hope that nobody else would get the idea, and do it as well. We found one of the unique traits that The Brass Rooster has is that it’s not only a contemporary hat shop (with some dress to impress, killer steezy hats…OK we just had to get that out the way), but also a living and working museum. You can actually go in and see them make custom hats from quality materials, paying attention to every detail and signing each piece; reassuring it’s authenticity which they assure will last 70 years from now. You can even find ribbons and trimming dated back to the 1900s.

But consider this, you can buy a hat anywhere but there are only a few places and people who can actually make a hat to perfectly fit you, or the you that you chose to be. As John said, “It’s the last thing you put on and the first thing people notice.” This high regard to making sure their customers look their best and feel their best has fabricated a shop full of family. And as two out of the 15 Master Hatters left in the country, we understand why and we appreciate the exclusivity in Milwaukee.

Right in hand with the Spice House and Usingers, The Brass Rooster too is now on the Visit Milwaukee Bucket List. Though both owners still find it amazing that people have started to consider their shop a visitor destination. 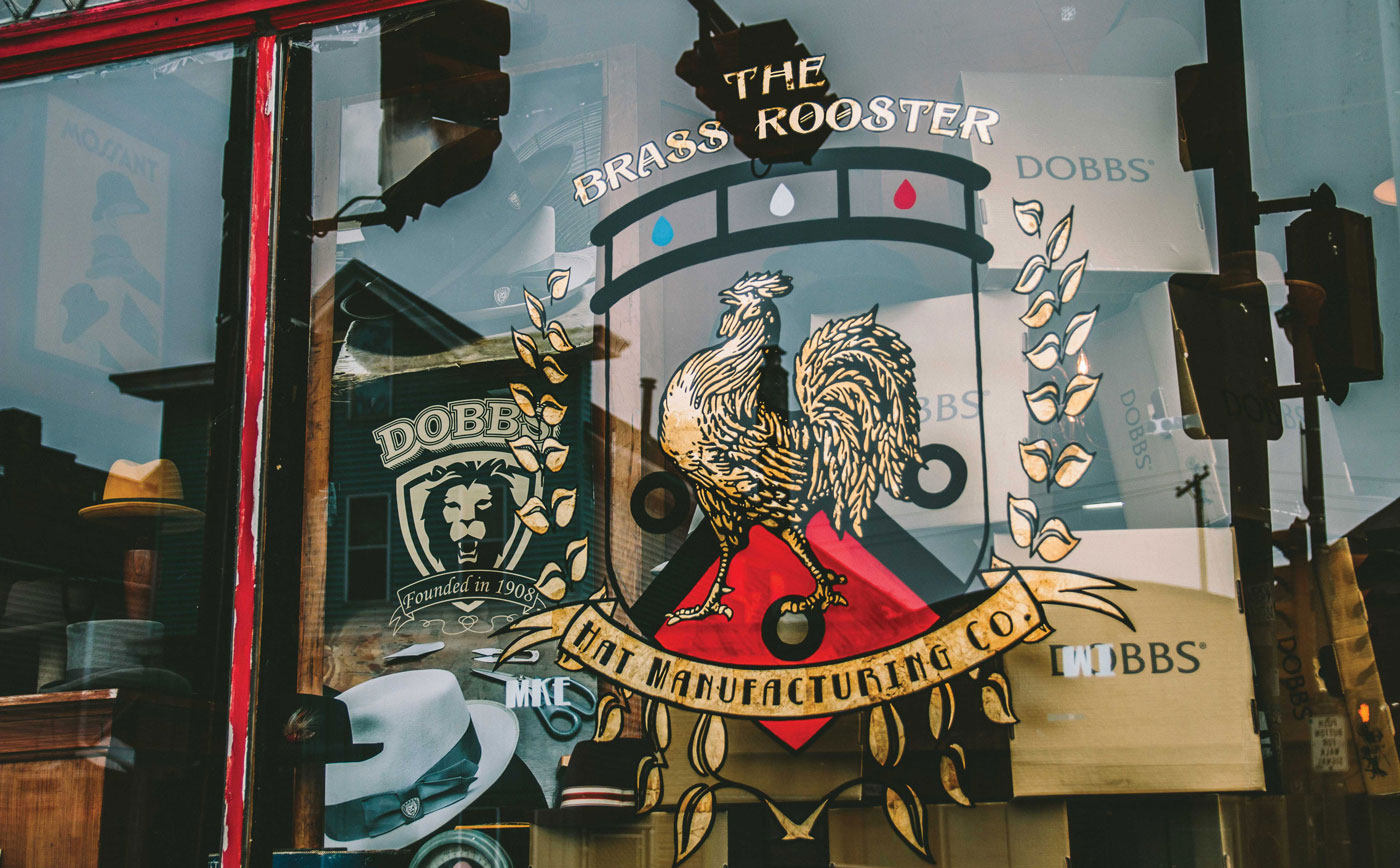 Everyone wants to know about our celebs but our real rock stars are our locals.
-- Kate McLaughlin

Kate: “We had a customer come in from Indiana who knew all about us”.

How does the word about a Milwaukee hat shop get to Indiana? Simple, they are just that good!

The couple is very modest but their quality hats have received attention from many, not just hat lovers but celebs. They have made customized pieces for Big Bad Voodoo Daddy, Kid Rock, Sheryl Crow and more. Even some of our local loves like Klassik, own hats from the shop.

Kate: “Everyone wants to know about our celebs but our real rock stars are our locals.”

They consider the community to be the most vital part of their success. Even other local businesses support their cause. Café Lulu owners were the ones to suggest they move into their store on Kinnickinnic, which not only moved this destination spot closer to the hub of Bay View but also gave the shop more space to grow and expand their business hence The Hen House, their woman’s hat boutique.

They even expressed to us how they hear the stories behind the hats that they service, watching hats “go from gray back to navy blue” bringing the nostalgia out of the customers as they say “it looks just like the day my dad bought it.” The stories they have heard have left them knowing the men and women of Milwaukee and drilling down the fact that hats can describe your personality as much as your roots.

These hatters were stitched together for this job. Both with creative backgrounds, the couple plan on continuing their success. We asked if there was anything else they would want to do with professional lives and they both replied the same: they plan on keeping the business, building an empire and letting their son take over the family business (which he has already shown interest in at the age of six) and then jet off to Cuba or the Keys, where a large beach hat might suffice.

In a world where mass appeal usually wins, it’s nice to know that some uniqueness, skill and mad passion can still survive. We must say kudos to The Brass Rooster; we respect your craft. 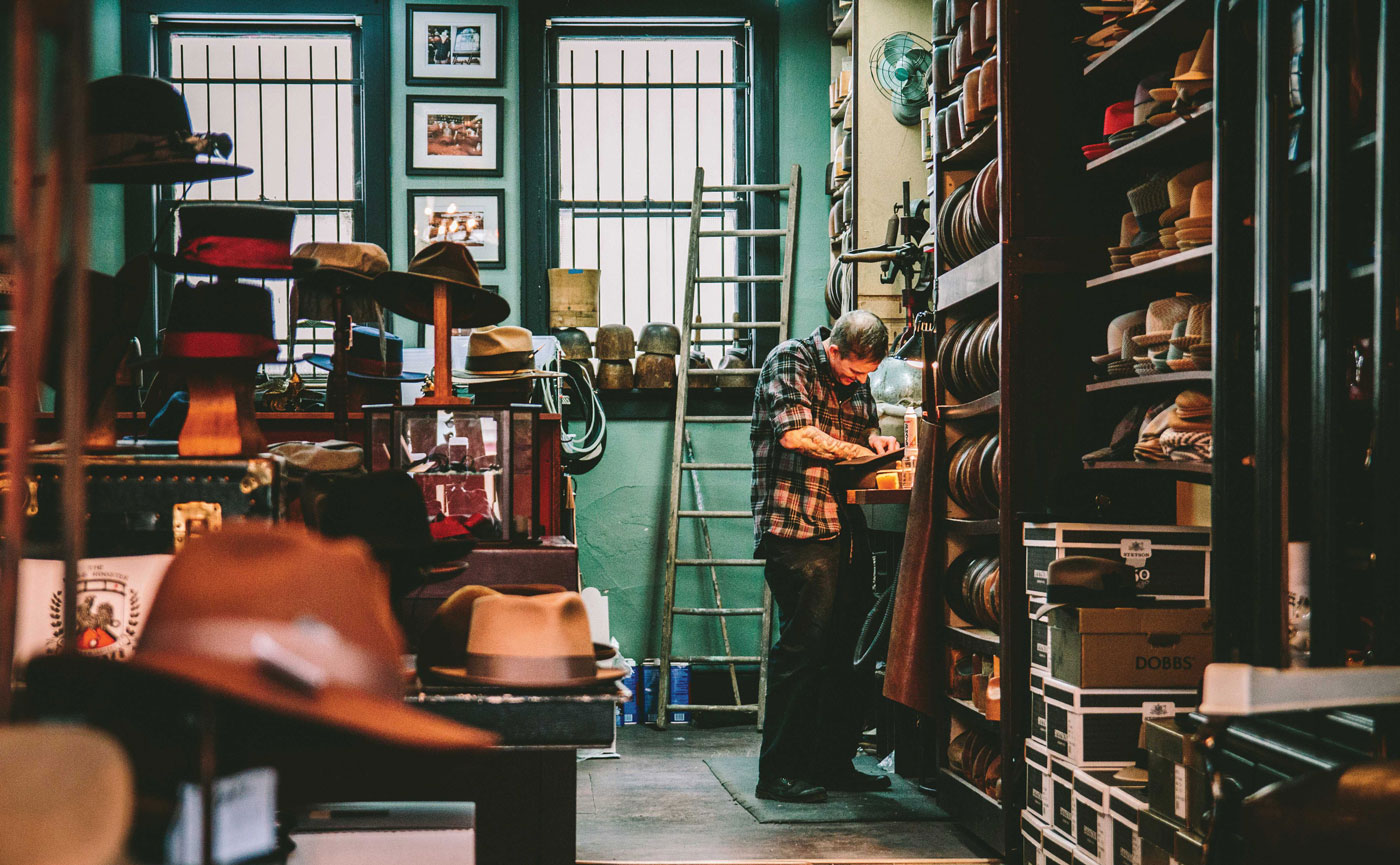 Kate: “One of the best things a customer has ever said to us came from one of our regulars Mr. Winter, he said: ‘you know what I love about The Brass Rooster, this place is magic. I come in as Mr. Winter and leave as anyone I want.’ ” 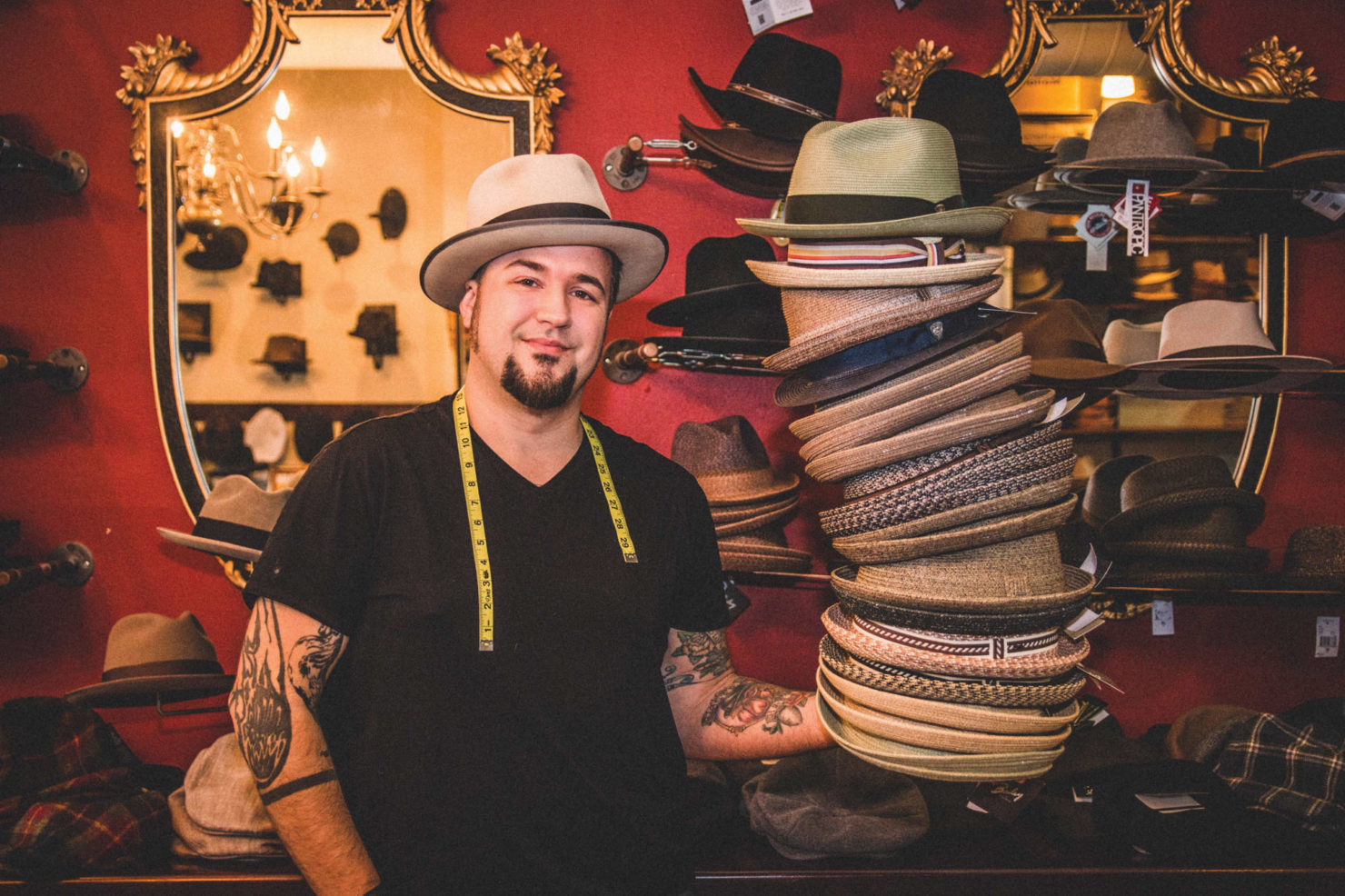 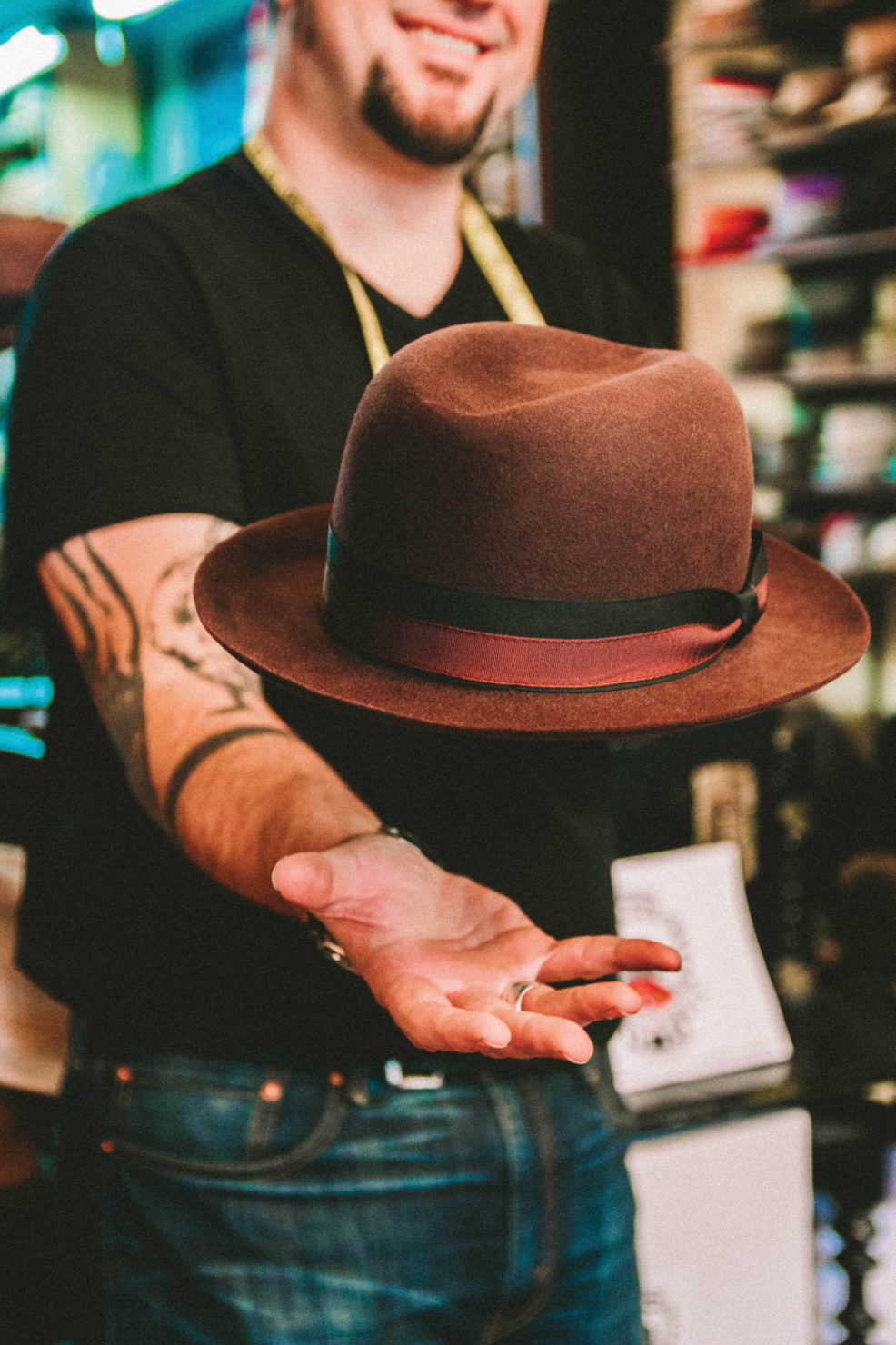 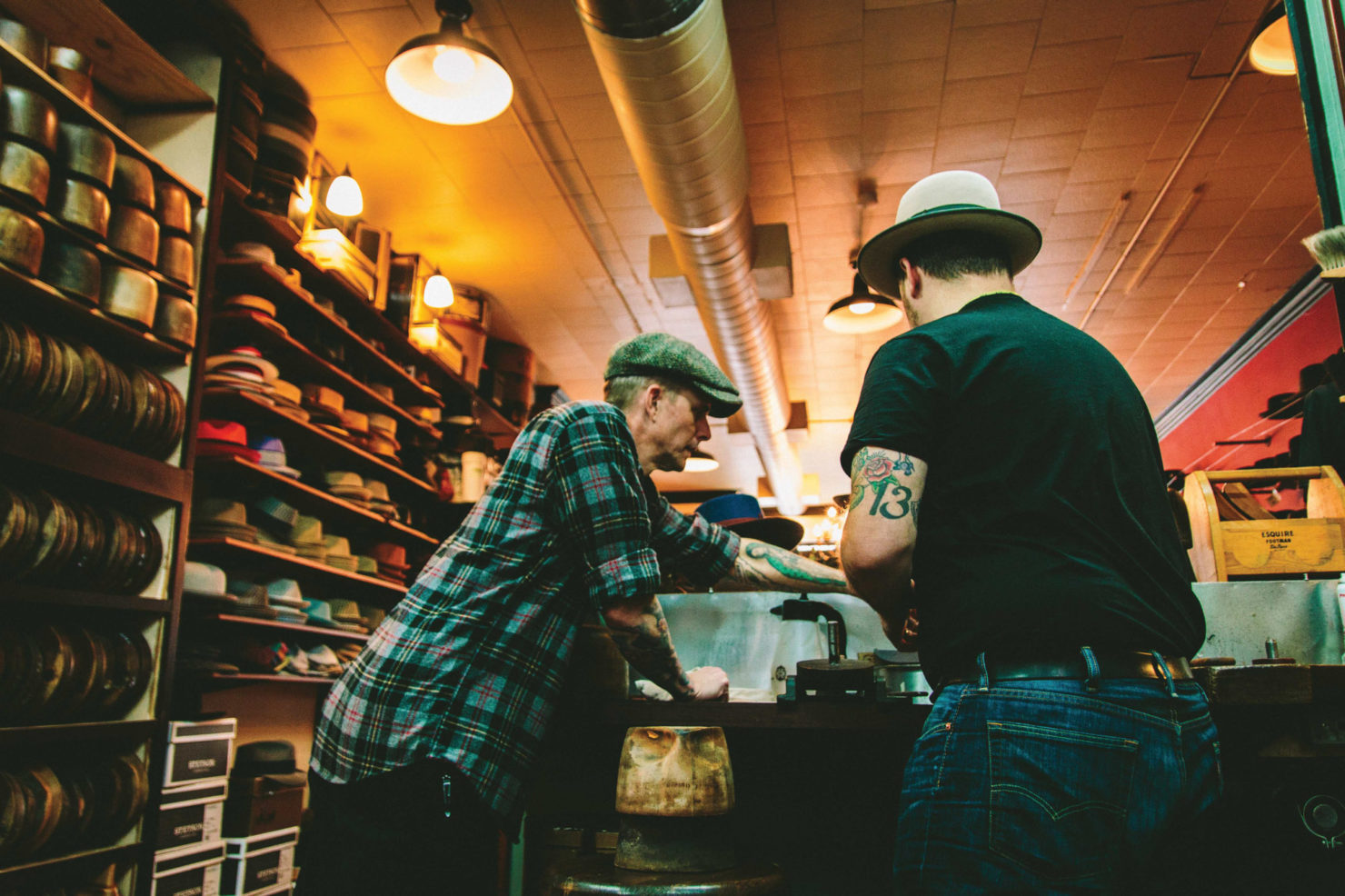 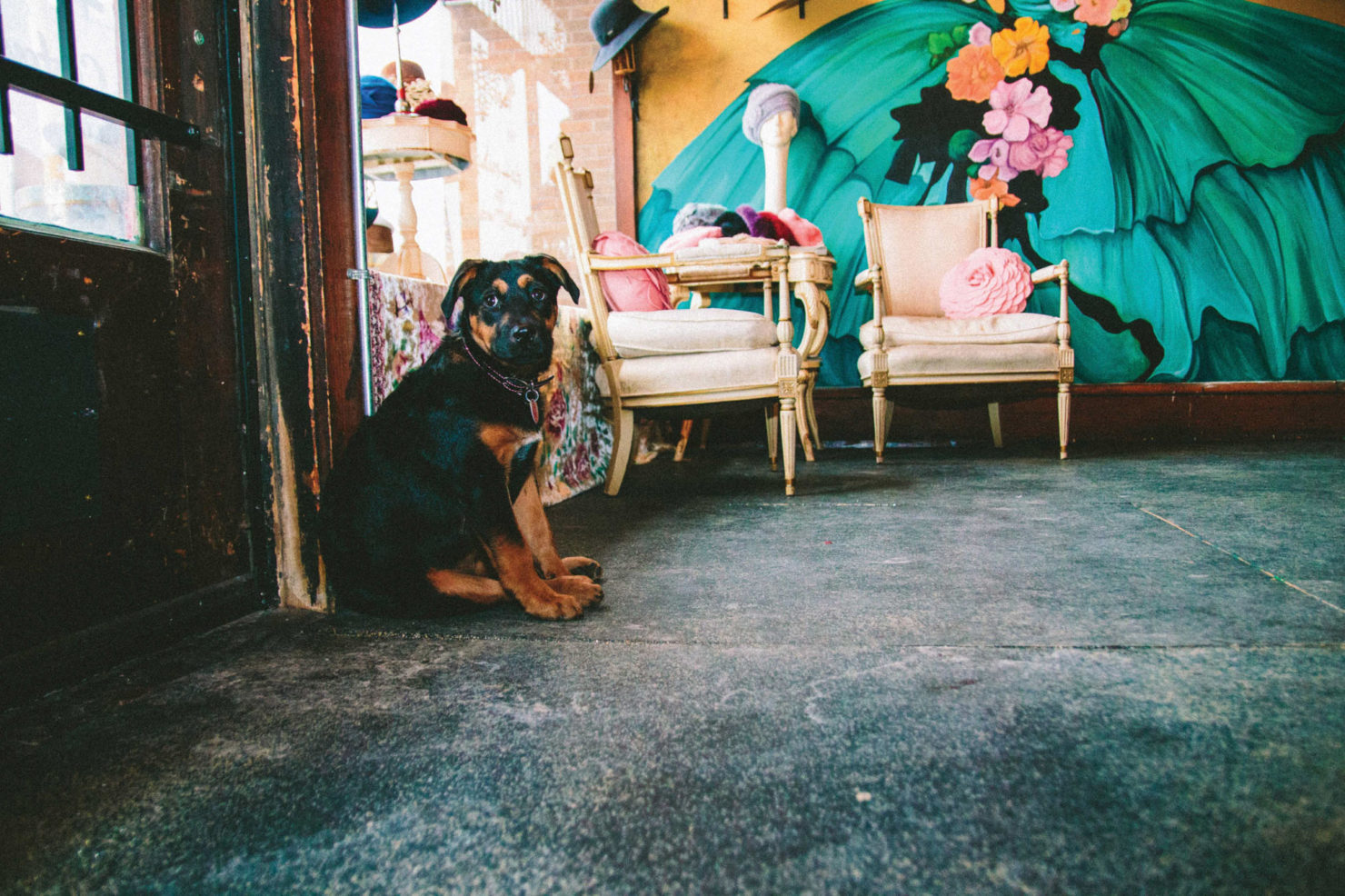 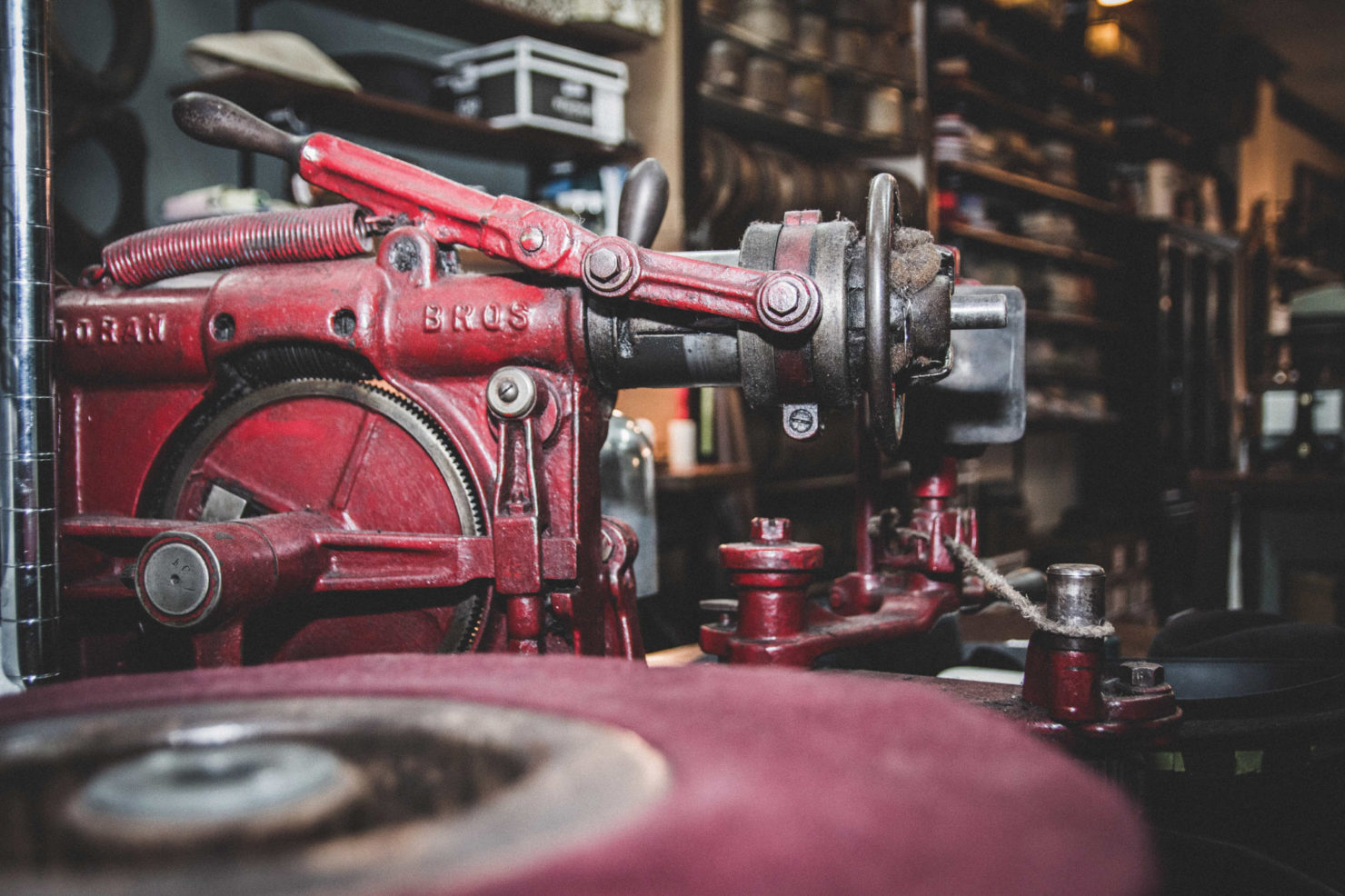 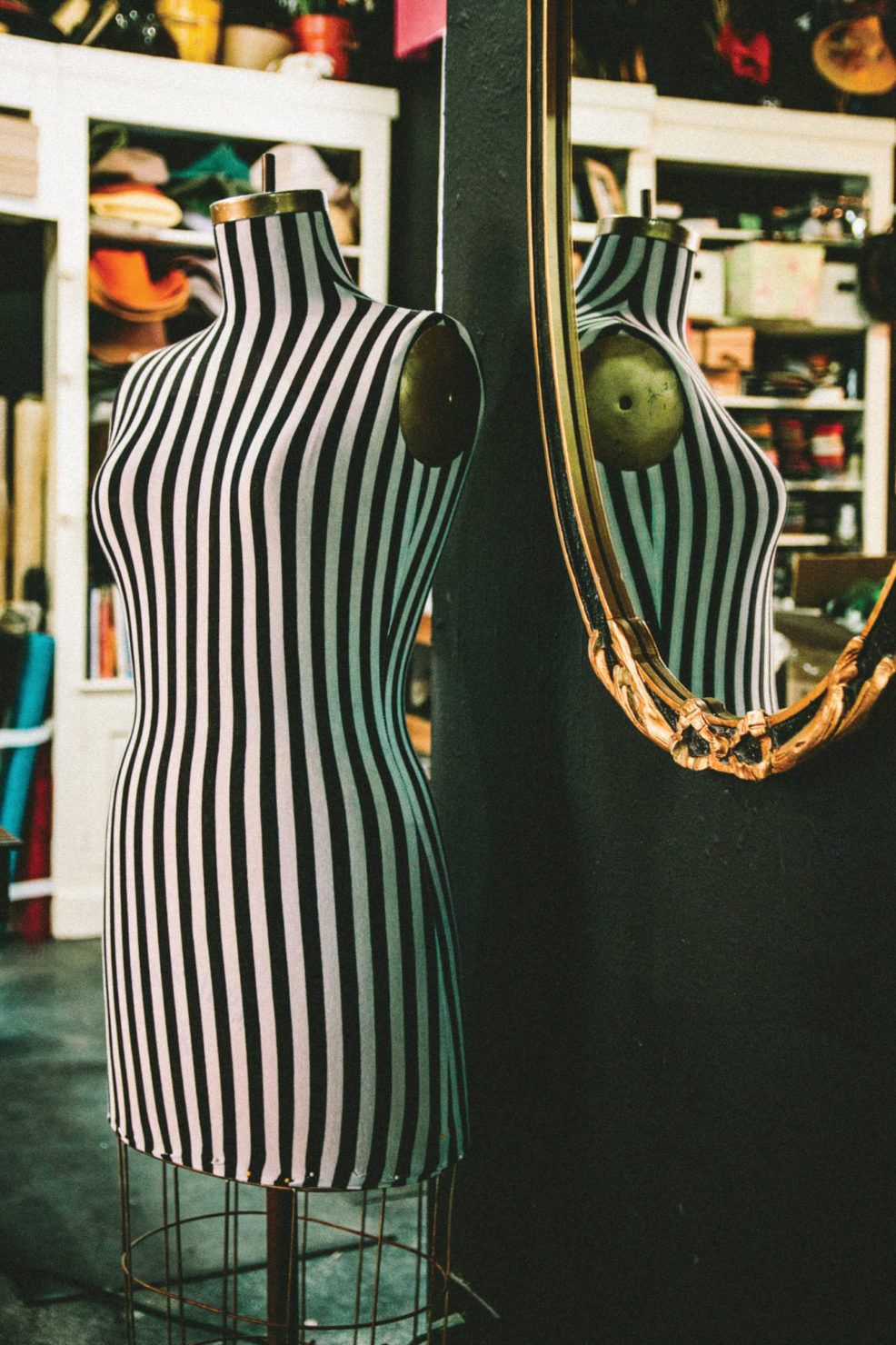 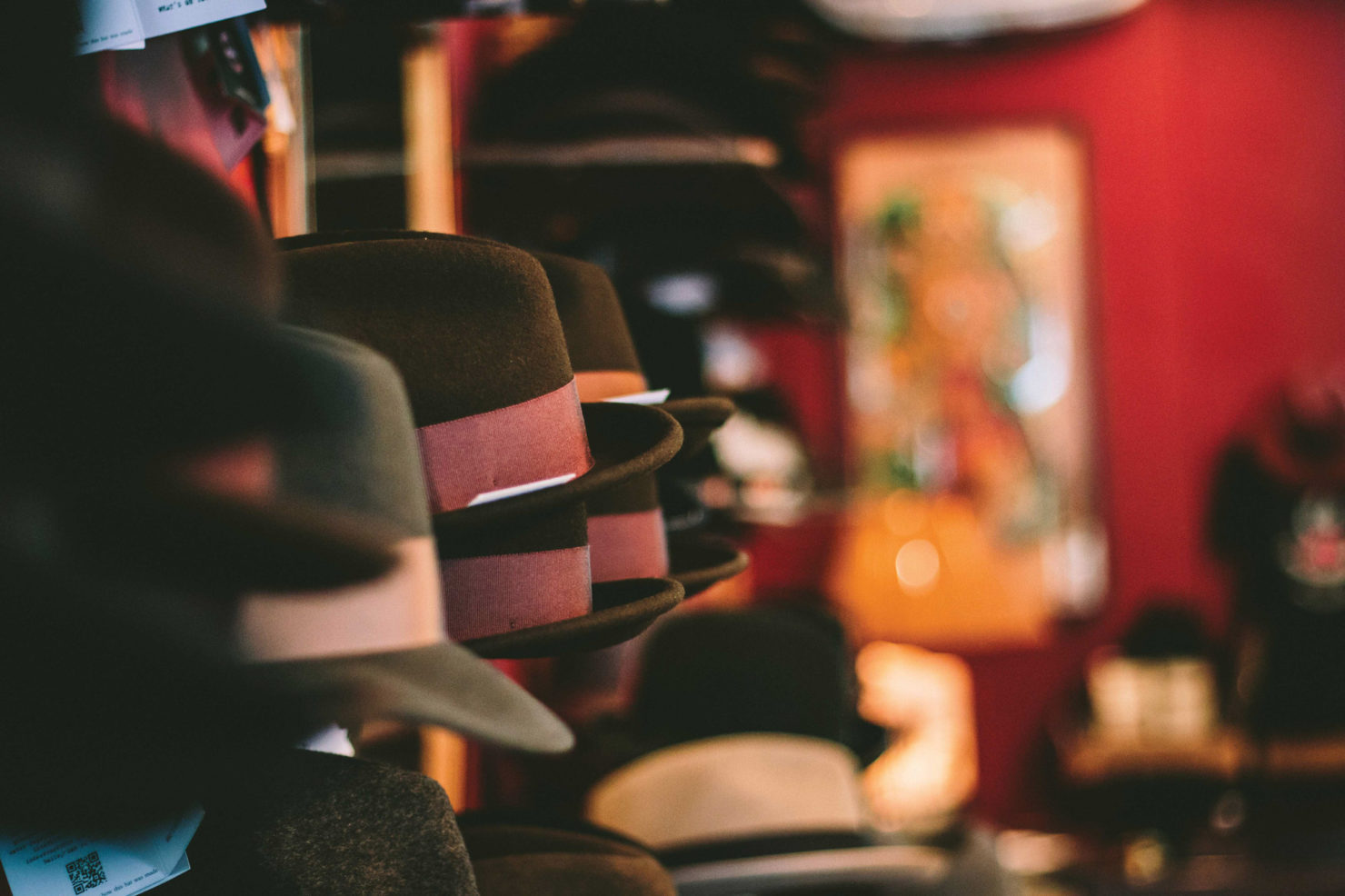 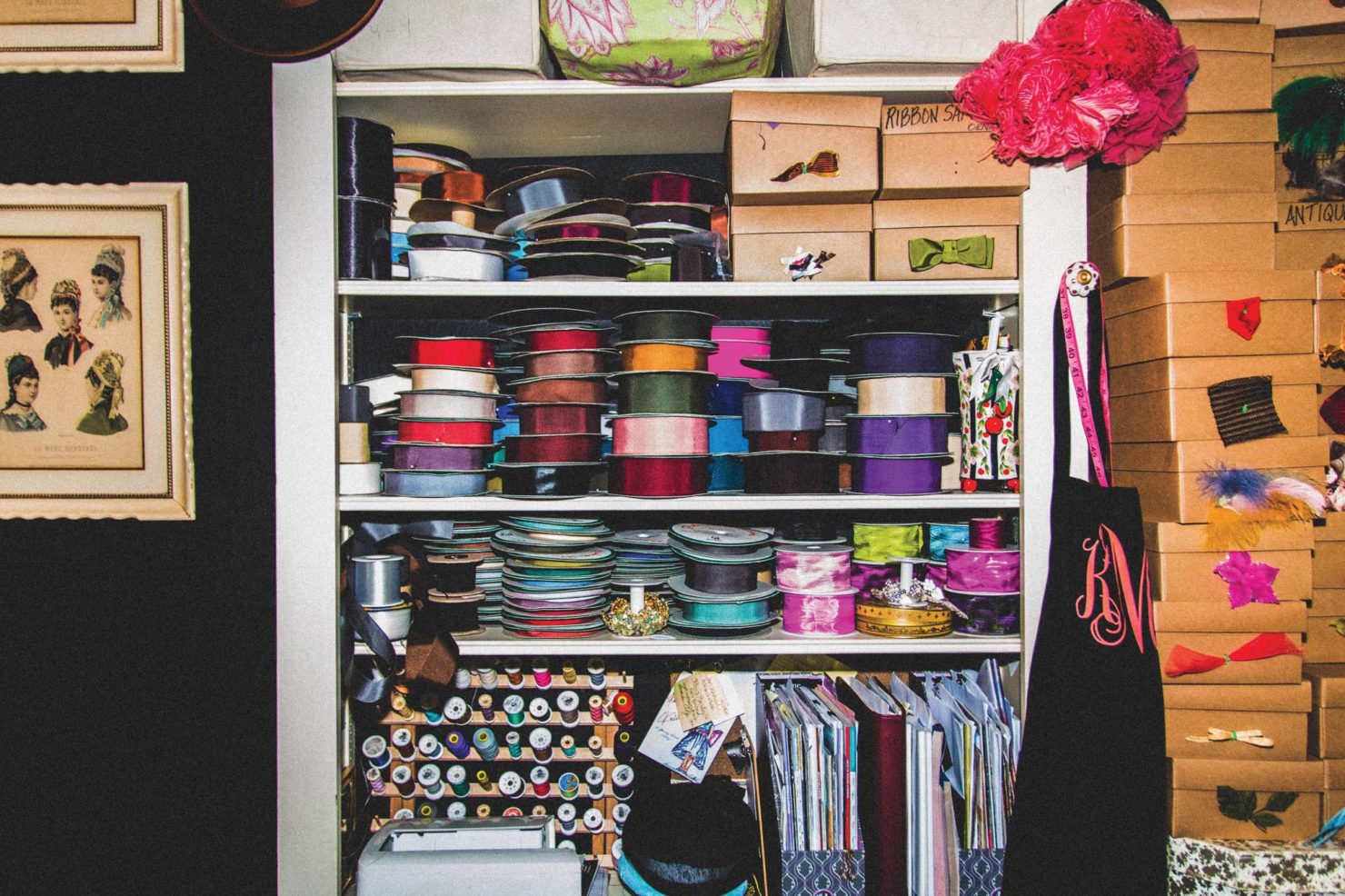 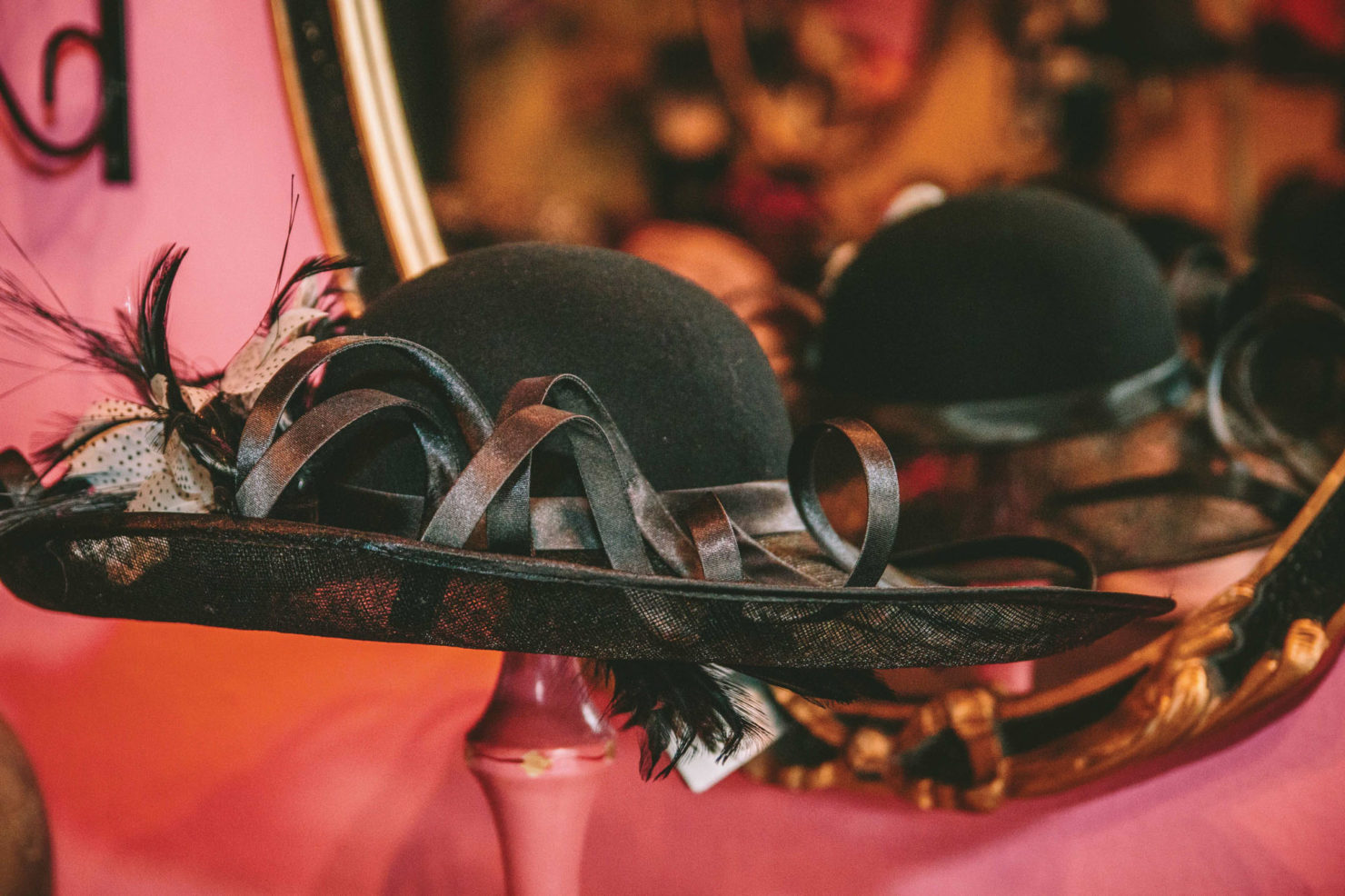 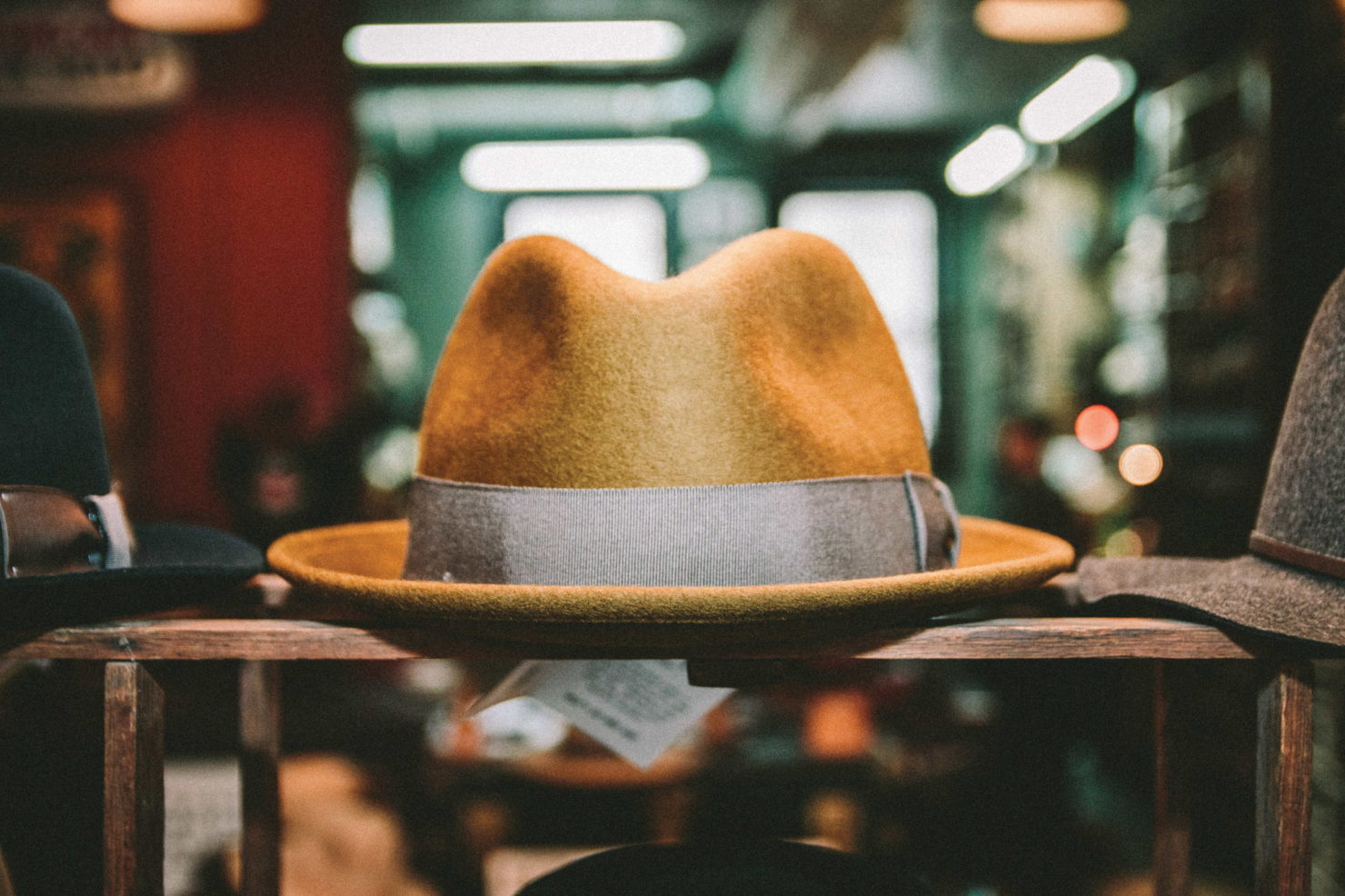