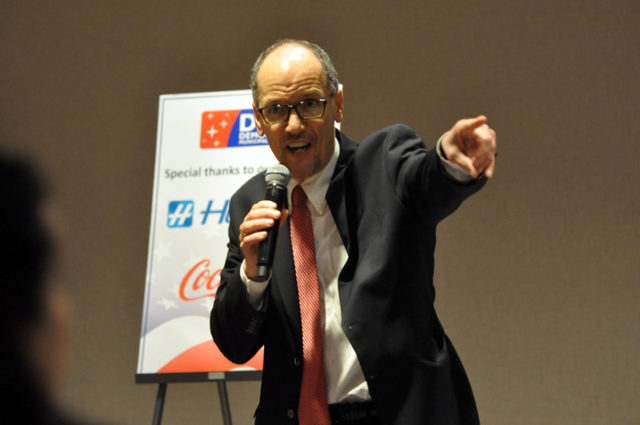 The Democratic National Convention will still take place in Milwaukee in August, but how many people will attend remains unknown.

In a conference call with reporters on Wednesday, Democratic National Committee Chair Tom Perez said Democrats will “descend” on Milwaukee for the convention, but didn’t offer any predictions about how many Democrats might be able — or be willing — to attend.

“We don’t know the answer today because we don’t know what the public health situation on the ground will be,” Perez said, according to the Associated Press. Perez said the party aims to stage a “safe and effective convention where we will highlight Joe Biden and his running mate.”

Although the convention has been postponed from July to August, Democrats remained committed to holding it in Milwaukee, Perez maintained. He took a dig at President Donald Trump for seeking to relocate the Republican National Convention from Charlotte, N.C., to a new location after that city indicated it would be unable to promise a full convention unhindered by social distancing restrictions.

“We will follow the science and we will not abandon Milwaukee as did this president in North Carolina,” Perez said.