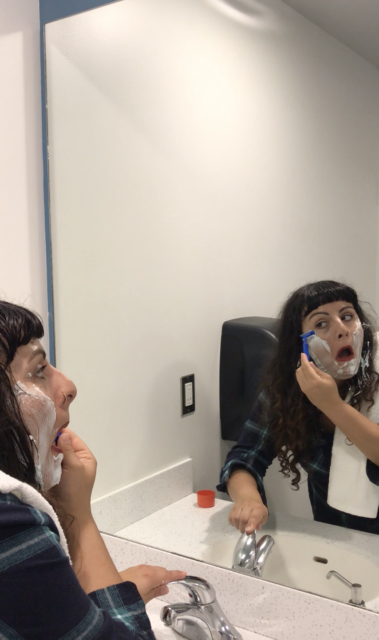 Although I cannot grow a beard as fast as the average man, I can shave off whatever fuzz I have to give you a new fresh face for the 5 O’ Clock Shadow.
As a new year approaches, I thought this would be as good a time as any to re-address the idea of the 5 O’ Clock Shadow and talk about the importance of a cover or re-imagination of a song and why we celebrate these.

When I think of the origination of a cover, I think of the many jazz standards that were written and the various careers and versions that were born out of this era. A great example is the George Gershwin song “Summertime,” arguably one of the best songs written in its time. This song was popularized by its many performed versions and their unique styles of interpreting this prose including the likes of Billie Holiday, Sam Cooke, Ella Fitzgerald and even Janis Joplin. In fact, there are 25,000 recordings of this song — popularizing the song itself and also launching the careers of some of the said performers. The song made the performer and the performer made the song.

I believe more than ever, covers have been having a comeback which is no surprise as they have an important place in music discovery. Have you ever heard a song, found out it was a cover and then dived deep into the original songs’ catalogue? Of course you have! One of my favorite examples on my personal journey is Patti Smith’s “Gloria” based off of Van Morrison’s original which is how I discovered this great. Sometimes modern covers re-popularize a track that was missed or needed another turn on the frontlines. One great example is Jeff Buckley’s 1994 cover version of Leonard Cohen’s “Hallelujah” which brought this track back on top 10 years later. The cover made Rolling Stones 500 Greatest Songs of All Time and was recently inducted into the Library of Congress’s National Recoding Registry.

Not only in music discovery but also in performance, new artists are being discovered by the cover. In modern times, a seven foot depressed clown comes to mind as a performer who exclusively performs covers under the name Puddles Pity Party and has made a lasting career from it. From an A&R standpoint, if you peruse YouTube long enough, you may discover the next new hit artist. Most famously Scooter Braun clicked on a YouTube video of an artist covering Ne-Yo’s “So Sick” and ended up singing the young man that would be today’s Justin Bieber. We wouldn’t have these wonderful gems without the cover.

For a while, the attitude of a cover was negative and people felt they were getting jipped because a cover wasn’t original, created art but the cultural frame of mind has changed. The cover has lead us to honor artists since past, revive amazing archived tracks, discover new performers and artists and create an entirely new art. Although I haven’t touched on the topic of samples, these are another wing of a positive shift in view allowing for a new form of re-imaginations in songs that are widely accepted and have lead to major successes, collaborations, and forming a new genre — but that’s another article. The ever evolving path of this history is only going to continue to bring new musical works and I look forward to covering that.