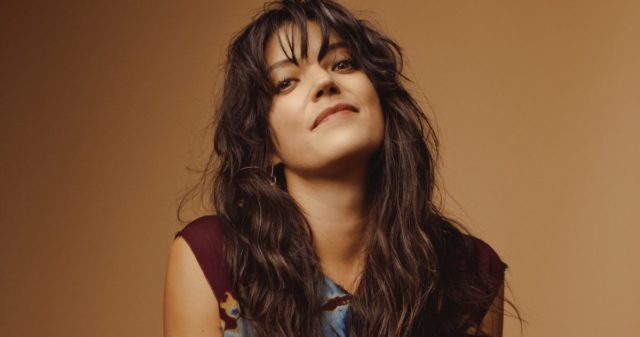 Sharon Van Etten talks about working on her psychology degree, leaving home and coming back and being happy

Sharon Van Etten is coming out with a new album on January 18 called “Remind Me Tomorrow.” We caught up with her from her place in New York. Below is an abridged written interview. Listen to the full-unabridged interview in the player below.

Sharon Van Etten: I have a temporary studio set up at my management office right now. You know it’s nice to make something for a minute in between studying for a test, an exam that I have for one of my classes next week called “Lifespan.” It’s a course that covers all the transitions in your life from birth to death.

Sharon Van Etten: Yeah, it’s a lot of ground for just a short semester but you know, it’s fun to touch on different – when we started it was about where my son is so I’m learning about the developmental milestones that he’s passed and now we’re at middle-adulthood which is about where I am. It’s interesting you know, reading about how my body is falling apart.

Justin Barney: What drew you to that class?

Sharon Van Etten: I’m still figuring out where I want to focus my attention for pursuing psychology long term. I have a goal of getting some sort of certification by the time I’m fifty so I can practice. I think I want to focus on the age range from when kids first leave home and explore, go to college, travel, or whatever it is they do because it’s such a vulnerable time and you don’t really have a support system.

Justin Barney: That’s like the “make you or break you” time, you know? Is that why you want to do that area, because it’s so crucial?

Sharon Van Etten: Yeah, I feel like because of what I went through in my life leaving home. I wish I had more of a support system when I left home. I moved from Jersey to Tennessee and I didn’t really know anyone, and I pretended like I knew who I was, and I latched onto any new idea just because it was new and different. I just felt so lost, just trying to make friends and allies… I was so vulnerable. 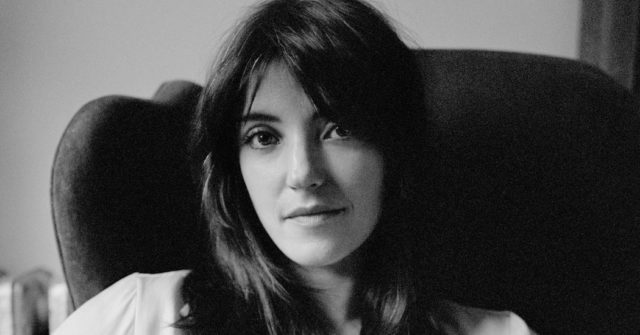 Justin Barney: Was it hard for you to come back because you didn’t want to face them?

Sharon Van Etten: Oh yeah. Just like, tail between your legs, crashing in the room that you grew up in, bumping into kids that you went to high school with and saying that you live with your parents again in your twenties. But It made me understand more the concept of unconditional love because I was lucky enough to be able to return home. My parents are incredible parents, I hope I am a fraction as down to earth as they are in in their style. They basically said “you have to get a job, go to therapy and go to school part-time if you’re gonna live with us.”

And I got a job at a wine store where I learned a lot and I got my first job in New York at a wine store because of it. I went to school part-time and I took photography and one of those photos ended up on my last album cover. I got into psychology for the first time since high school and the therapist that I saw encouraged me to play open mics and helped me keep at it because she could tell it was hard for me, but she also saw my self-esteem growing.

It was interesting that all the things my parents wanted me to do ended up shaping me as a person in general, but also helped me get on the right path as an adult.

Justin Barney: That’s amazing. Do you think that you would have gone to therapy without them?

Sharon Van Etten: I don’t think I had the strength, or I wouldn’t have needed it at that point.

I’m so happy. I’m in a really good place.

Justin Barney: Is that why you want to go into psychology because of that experience?

Sharon Van Etten: Well that was probably the beginning of me understanding how therapy can help people and as I peel away the layers of my style of writing, I have a hard time communicating my emotions until I’m able to get out in this musical way and then understand it as an observer; as opposed to going through it in the moment. Sometimes it takes me awhile to process my emotions, but music helps me do that before I realize it.

But then ironically, that’s what’s helped me grow in my career, this form of self-therapy and I’ve met fans along the way that it touched and changed and helped through hard times.

Connecting with fans and asking myself questions after talking to the fans, “why it changed them and helped them through this time?” made me realize it was just something I was interested in. And helping people find an outlet regardless of, if it’s music, or running, or what-have-you.

Justin Barney: So, are you going into psychology to understand yourself or because you want to help others?

Sharon Van Etten: Yes. [laughing] I think it will be both. I’m also taking a “Fundamentals of Psychotherapy” class which talks about different approaches of therapy; different styles from when it started, how it’s transformed over the years and how people connect with their past; if they connect with the past, or is it more important to be in the present and the future. You know, even in terms of writing and learning how to deal with my past, I’ve asked myself more questions and I have a different perspective and writing now, too. It’s opened up a couple of doors.

Now that I have a kid and I’m thinking long term, with the uncertainty of the music business and where that’s all going, I feel like I owe it to myself and to my family to think about the future – I don’t imagine myself wanting to be in a band when I’m fifty. I feel like I’ll always write music and I’ll figure out how to share it and go with the times, but I also want to pay attention to this other passion of mine because I think we can all have many lives.

Justin Barney: You were great on the OA and Twin Peaks, I remember watching that and being like “Wow that was like… Sharon Van Etten.”

Justin Barney: I had to wait for the credits, I didn’t even hear about it, I was just watching it when it came on Netflix.

Sharon Van Etten: It was funny because I don’t even know they were releasing it until the week of. I didn’t know what was going on, they like to keep things a mystery.

Justin Barney: That was so much fun. Well, we should talk about the album a little bit. “Jupiter 4” was released recently and I’ve been obsessed with it since it came out.

Justin Barney: It’s such a sweet song, you know? ‘Baby baby baby I’ve been searching for you/ I’ve been waiting for someone my whole life/ a love so real.” It is legitimately such a sweet sentiment and you would never know that unless you were listening to it. Why make it sound so dark?

Sharon Van Etten: Well you know, I think, as I’m learning to talk about the record and forgive me for pausing, but when people started hearing that I was going to have new music, I knew that people would think, “Oh she’s in a relationship now, she has a kid now, she’s doing all these amazing things, this is gonna be such a happy record. I can’t wait to hear her in this light,” and as much as I love that idea and I did write a lot you know, they’re love songs talking about my different relationships and connections with myself but I couldn’t dismiss the state of our world and the weight around me while feeling all these positive things.

I have to acknowledge that there’s a weight around me, even though I’m in a really good place. I don’t like to talk about politics in my music and I think we’re inundated with so much negativity right now that I know that people need a break from that in a way, but I also didn’t want to completely avoid the intensity and the darkness and this kind of… void around us with what’s happening in the real world.

But being a new mother, and in love, and being in a good place you know I feel this duality and this conflict and torment knowing what I know but also trying to be a positive influence and trying to be a guiding force and protecting my little one and making sure he feels safe. You know, there’s that duality there. I’m trying to walk the line on it – acknowledging it while also still celebrating my happiness but in the context of the state of the world that we’re in.

Justin Barney: Yeah, that makes sense. On the flip side you have “Comeback Kid” which legitimately sounds like a triumph, you know? It is triumphant.

Sharon Van Etten: That a complicated one, because that’s dealing with returning back home and that feeling when you see your parents again and your siblings, that feeling of no matter how old you are or how successful you are, you go back home and you’re that kid. You have to relive all these stories from your past.

Justin Barney: Like you’re still that person they remember you as.

But also it’s just me singing to myself as much as everybody else.

Justin Barney: I love that, that’s so good to hear. I am so far past our time limit, thank you so much for talking. I mean – I feel better about life right now.

Sharon Van Etten: Well thanks for making the time and for caring enough to ask such thoughtful questions.