Chosen One has seen a lot, and he raps like it

Chosen One has seen a lot, and he raps like it 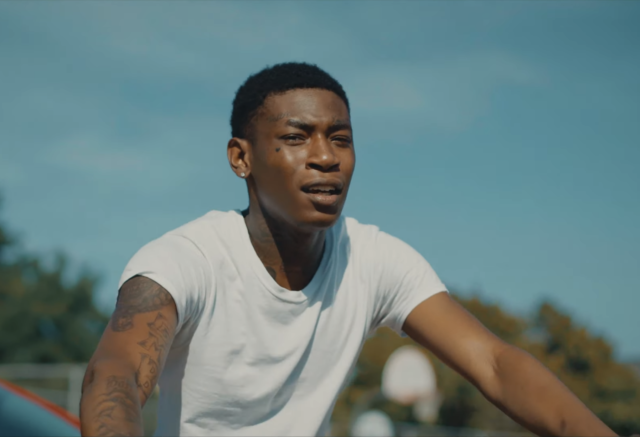 Songs come easy to Chosen One; they’re as simple as finding the right beat, then watching the lyrics write themselves. “Once I hear the beat, I can already feel it,” the Milwaukee rapper says. “It’s not a regular feeling. I feel it in my soul. I know what I’m going to say, I know what I’m doing.

It’s finding an audience for those songs that’s proven difficult. Chosen One is one of the most expressive vocalists in Milwaukee’s rap scene, with a soulful, sorrowful voice he absolutely lets soar on his best tracks, but he doesn’t have the streaming numbers to show for that conviction. He should be bigger, he says.

He concedes, though, that his own stubbornness may play a role in why he hasn’t found a wider audience. Other rappers plug their music constantly, re-sharing songs over and over again on social media. Chosen shares them once and hopes for the best.

He also bucks proven trends. Milwaukee’s most popular rappers almost all lean on heavier, slap bass; he doesn’t want to do that. He likes slap music, he says, but he prefers the melodic drill music of Chicago and artists like Lil Durk. “As soon as Durk changed it up with the Auto-Tune, that’s when I felt like I could do this,” Chosen says. “Durk is the top for me.”

Of course, there’s another path to bigger streams, too: Collaborating with some of the city’s most established names, reaching out to artists beyond his circle, but he doesn’t want to do that, either. “I don’t like to lie to people,” he says. “I only collab with people I know and love. There are some very good artists in the city, but on my own projects, I wouldn’t want to collab with them. I’ve always been independent. I wanna make it by myself. I don’t want to feel like I needed somebody else.”

If Chosen is protective of his music, it’s because it’s personal to him. His family moved from Georgia to Milwaukee when he was a kid, in part to leave behind “a lot of stuff with family and gang wars,” but he still wasn’t able to evade the gravitational pull of the streets growing up.

How does someone even begin to recover from experiences like that?

“I don’t know how to recover from something like that,” he says. “I just deal with it.”

There’s no easy cure for that kind of trauma, no magic way to erase the PTSD. But music, he says, “helps a lot.”

“Music is a win-win situation,” he says. “I let my struggles go inside of it, plus it’s doing something big for me hopefully.”