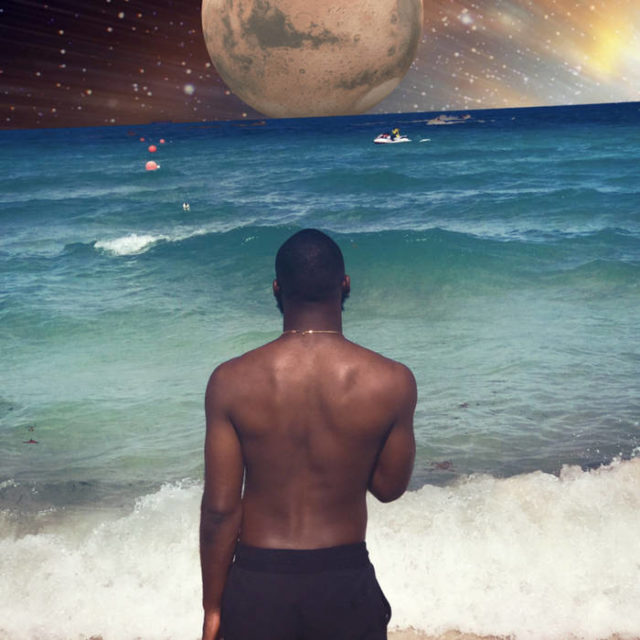 Milwaukee’s hip-hop scene is constantly turning over, with new artists emerging as older ones recede from the spotlight. But the turnover is so gradual that it can be easy to overlook it as it’s happening. Sometimes it’s only in hindsight that these shifts seem seismic.

Looking back over the last 10 or 15 years of Milwaukee hip-hop, there are a handful of projects or events that seemed to mark a sea change in the scene. Prophetic’s album “Mo Profit Mo Progress,” which announced the arrival of the Umbrella Music Group, was one of them. House of M’s rise was another. WebsterX’s monumental “Doomsday” video, which signaled the arrival of New Age Narcissism, has got to be up there, too. And I think that it’s possible that, when we look back on it, producer Deuce LB$’s album/compilation “Earth is Ghetto” could be one of these moments, too.

Deuce LB$ (pronounced “pounds”) produced the entire project himself, though for the most part he makes himself a supporting player to the cast he’s assembled, which includes rappers like Camb, Tyso Sprme, Mudy, Dom’Mcneal, Emmitt James, Rahn Harper and Von Alexander.

If you follow the city’s hip-hop scene at all, you’re probably at least a little familiar with some of these names. Lots of these acts have been collaborating together in various capacities or sharing shows together, many of them at Cactus Club. But “Earth is Ghetto” formalizes their connection and makes a case for them collectively as a movement. If nothing else, the compilation is a snapshot of good chunk of the city’s hip-hop scene at this particular moment in time.

Deuce’s production binds these collaborations. It’s sumptuous and thick with nods to R&B and neo-soul, but with little of the throwback feel those sounds have historically been associated with in Milwaukee — he prefers contemporary filters and production techniques to boom-bap. The rappers he’s assembled are similarly modern in their approach — this isn’t music that walls itself off from what’s on the radio, but rather music that responds to plays off of contemporary styles, positing alternative angles that new sounds can be bent in.

And there are highlights all over the project, like this Latin-accented confection from Rahn Harper:

…or Mudy bragging about her cocksmanship on this jam:

…or this piece of Bay-indebted smoothness from Tyso Sprme and Camb:

…or this surprise spoken word piece from Lakeisha Allen:

You can stream the whole project below.