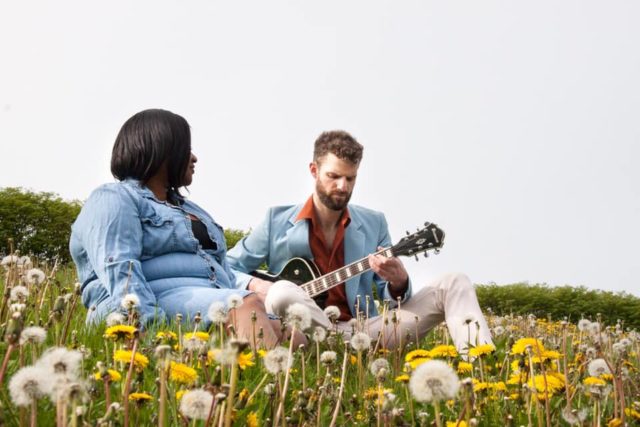 Fressure Point is a new Milwaukee duo with some familiar faces. The veteran lineup has rallied forces to bring a fresh, smooth and funky sound to the Good Land with their lush guitars and soulful vocals.

Fressure Point, a play on “pressure point” and “fresh,” wanted to bring a lively sound that was both dynamic and robust to the Milwaukee soundscape. After they found a name that embodied their sound, they wanted to ensure their lyrics made a bold point. With heavy influences from jazz, R&B, and soul, the group explores the themes of love, empowerment and awareness.

“The lyrics of the song were inspired by Aftin’s bold move to depart a toxic job, and the faith in believing there’s opportunity elsewhere,” Beyler explains.

“Pins and Needles” is one of four songs that were recorded with producer Brian Adam and provides an exciting and impressive look into what’s to come.

Listen below and be sure to catch them at their full band debut Friday, July 27, at Walkers Point Music Hall (it’s free!).