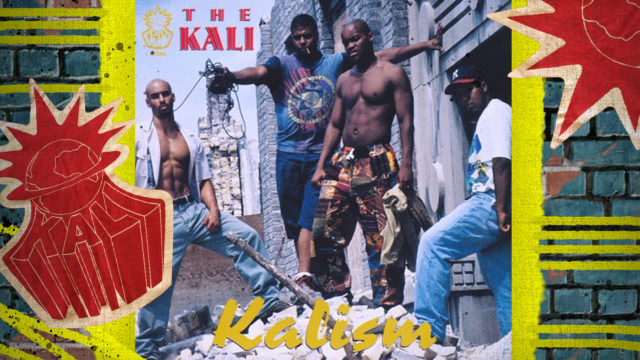 Throughout Black History month, we’re honoring artists who shaped the sound of Milwaukee music. Today, we go back to the early ’90s to meet Kali Tribe, the first hip-hop group from Milwaukee to appear on BET.

Twan and Kamonzi recently stopped by the Radio Milwaukee studios to chat with 88.9 DJ Marcus Doucette live on the air. Listen below.

Kali is a Swahili word meaning fierce. The group was originally named Def Kali, a name coined by King Kamonzi’s father, Dr. Ronald Edari, when it began in the late ’80s under the banner of the Milwaukee musical collective “The Fresh Walk Family.” That project was founded by Speech, the Milwaukee-native who launched the group Arrested Development.

After disbanding in 1994, King Kamonzi went on to tour the world, displaying pinpoint lyrical skill and crowd rocking as an important part of the Zulu Nation. Lando Land went on to produce, DJ and work behind the scenes as a record executive until his untimely death in 2014.

Prince Ulami went on to start his own trucking company and is still married to his high school sweetheart. Twan Mack went on to produce for Arrested Development and still raps here in Brew City.

Go back to 1993 with Kali Tribe’s gem “Gettin Bigger” below.