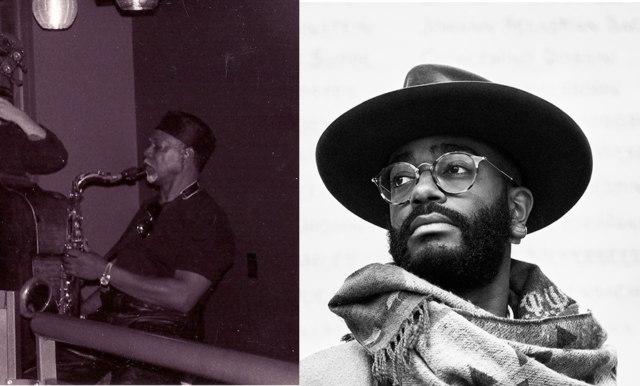 Every day during Black History Month, we’ve been highlighting a different artist who helped shape the sound of Milwaukee music. And for this artist — Berkeley Fudge — we have proof of his influence on a current Milwaukee artist.

Hear how Klassik describes Fudge’s influence on his career in the story below.

But first, a little background.

The tenor saxophonist is a master improviser and performer, and he lent his talents to education, too. Between 1972 and 2010, he was a music instructor at the Wisconsin Conservatory of Music. In that role, he mentored countless artists, including the prolific Milwaukee hip-hop artist, Klassik.

Klassik studied under Fudge, beginning in grade school and continuing through high school. He spoke with 88.9 about how jazz education influenced his current approach to music, plus he shares a firsthand account of Fudge’s classroom demeanor.

Special thanks to Mark Davis, a band mate of Fudge’s. They played together in the group We Six, which is now the resident ensemble of the Milwaukee Jazz Institute. The recordings in the story above are from the 2005 We Six album “Bird Say.”