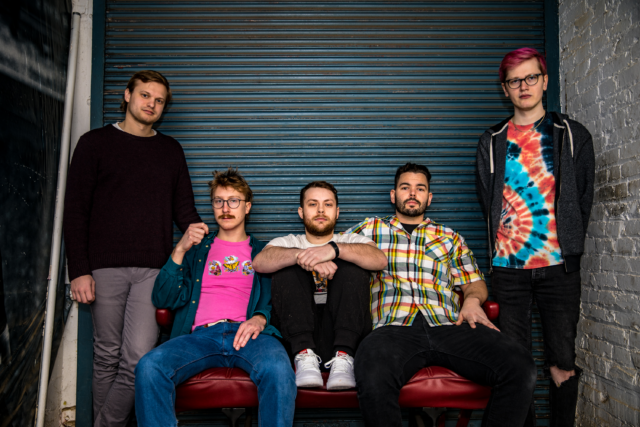 For this week’s premiere, we’re excited to share the latest from Milwaukee indie-rockers Versio Curs. The group released a gem of a debut in 2018, “How Are You,” a brisk record that juxtaposed bright, buzzy guitars with the wry miserablism of Eeyore, the depressive donkey from Winnie the Pooh. The band has a new album called “Quit” coming out on June 11, and they’re following up its ripping lead single “Recess” with a typically peppy, typically pessimistic new single called “Tradition.”

Stream it and read about the album below.

It’s called ‘Quit’ and it will be released on June 11th, 2021. Regarding the name of the album – all of our songs were already coming along and we could start to get a feel for what it was going to sound like in its entirety. Once we found that title, it felt appropriate to the music and just flat-out sounded cool. Off the bat, it’s this word with an immediate negative connotation, but there’s other ways to take it.

A lot of the songs deal with these cyclical notions and a sense of spinning-your-tires, flirtation with changing, or becoming complacent but knowing better – what’s the remedy? Nothing’s really as easy as just “quitting” – bad habits, toxic thought patterns, whatever – that’s not the takeaway, but you can always start if you feel like it’s in your power to do so. I think that’s one way the connotation can be flipped, as a process towards positive change, which we liked.