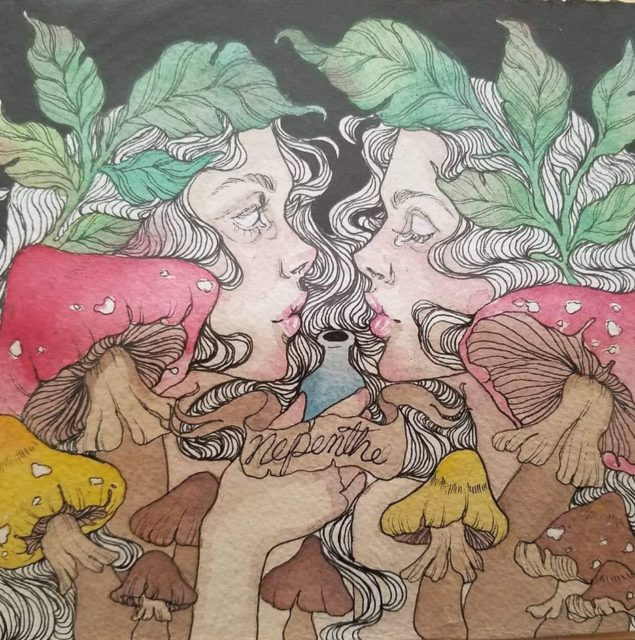 Since 2014, Krist Schubliske has been channeling his high regard for folklore and storytelling into his music, encompassing these mythological themes to express his own personal experiences and challenges.

The foundation to the project, the name in particular, is no different.

“Nepenthe is a drink described as banishing all troubles or sadness from one’s mind. Music does that for a lot of people,” Schubliske said. “Aside from being a beautiful word with meaningful etymology, it ties into the theme of mythology and dreams. I have always been inspired by supernatural and the human tradition of both personifying nature and creating a mythos through storytelling.”

Earlier this month, he released “Demons.” Started in September 2018 with Jackson Shepard and Drew Polovick, the three track compilation was a vessel for Krist while experiencing some major changes.

“The song demons — and the concept of the album — is inspired by self-reflection and the message that we all have things we are fighting internally that don’t end how we anticipate. I’m transgender. Specifically, I’m transmasculine. And for several years I wasn’t able to go on testosterone. Part of this song navigates that part of internal discovery,” Schubliske said.

“While I was waiting to be able to start, a big anxiety of mine was my singing voice. I felt really uncomfortable with how my voice sounded and the gender people connected with it, but was afraid of not knowing how my voice would turn out. Some transmasculine people lose a degree of vocal control after starting [hormone replacement therapy] or get a more gravelly voice if they start off on too high of a dose. This EP was about letting me do something I love without worrying too much about what was going to happen next,” he added.

The ethereal folk-jazz album is haunting, reflective and a journey that contrasts darker tones with beautiful sounds, creating a juxtaposition that is both contemplative yet well-balanced.

Listen to the EP below.