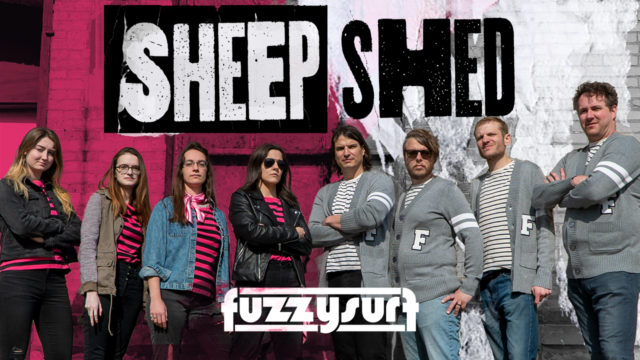 Milwaukee surf pop indie band Fuzzysurf has never skimped on their videos. But there is some undeniable next-level stuff happening with “Sheep Shed,” which premiered today.

It’s delightfully goofy, visually sharp and very much on brand for a group that tends not to take itself too seriously in its videos. The song, meanwhile, is seriously catchy. Fueled by driving guitars and crisp percussion, you’ll find yourself nodding along before too long.

You can watch the video below and find “Sheep Shed” on all streaming platforms.