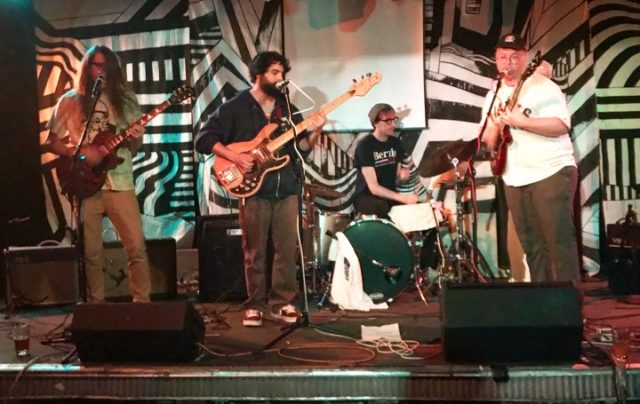 This week we’ve got a quirky little pop gem from the Riverwest band Brat Sounds ahead of the release of their third album, “Bad Luck,” tomorrow. Stream and read about “Mona Lisa Frank” below.

Dinny Bulca was never the most popular Milwaukee band, but they’re fondly remembered by fans of the band’s eccentric guitar-pop. Brat Sounds features members of that band and picks up where they left off, blending and bending power-pop and lo-fi jangle pop in colorful ways. That approach is on full display on “Mona Lisa Frank,” a short and sweet little track that alternately calls back to The Clean, The Ramones and the heyday of Dusty Medical Records. There’s a lot of history and tradition at work in these two quick minutes.

“I made demos of all these songs over the summer of 2016 and then showed them to the band. Since then, we have polished them into the songs you’d hear on the album. Over the summer of 2017, I built a little DIY studio in my basement with a soundproofed room. We recorded the updated versions of all the songs there. All of the band members switch instruments from track to track; whoever could play it best played laid down the track.”