Telethon pack every moment of ‘Hard Pop’ with uninhibited delights

Telethon pack every moment of ‘Hard Pop’ with uninhibited delights 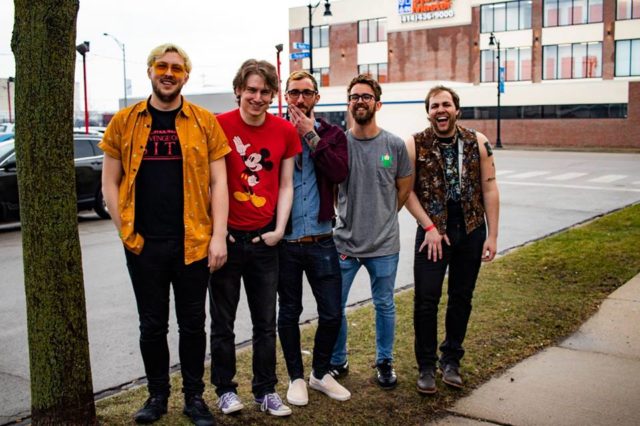 How do you follow an album like “The Grand Spontanean?” The Milwaukee emo-pop ensemble Telethon turned heads with that massive 2017 effort, an epic rock opera that piled one audacious high concept on top of the next. Since that gambit, though, Telethon have been experimenting with concision. Their 2018 follow-up EP “Modern Abrasive” emphasized power-pop, and their new “Hard Pop,” as its title promises, runs with that pop-forward mindset. If you’re got hooks — and, man, does this band ever have hooks — why bury them?

Even on a brisk, 10-song sprint of a record, though, Telethon can’t completely tame their predilection for grandiosity. The band sweetens their tales of crappy landlords, lapsed ambitions and Midwestern complacency with a pleasure-center-bombarding barrage of horns, woodwinds, cellos and glockenspiel. Opener “Loser / That Old Private Hall” charges like a Cheap Trick anthem as channeled by The Thermals, except when it breaks for scenery-chewing Broadway breakdowns right out of a ’70s Elton John record.

Telethon have tempered some of the overt silliness of their earliest releases — that tends to happen as bands get older — but they haven’t lost the whimsy. For all the record’s prestige trappings, “Hard Pop” never lets you forget that this is a band that probably listened to their share of Reel Big Fish growing up. “(I Guess You’d Call It) An Undertone” and “Wanderparty” unapologetically flirt with ska.

And that’s what I love most about this band, that unapologetic, Bart Simpson, “Be like boy!,” mentality. This is a band that operates without inhibitions. If it feels good, do it, “Hard Pop” reminds us at every turn.

“Hard Pop” is streaming now, a little ahead of its official June 21 release, on Bandcamp. It’s also available for purchase in various bundle plans that include Telethon T-shirts, bottle openers and air fresheners (this band loves merchandise). Stream the album below.