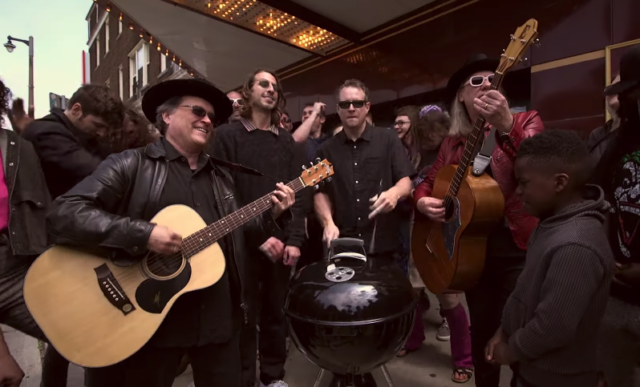 As the story goes, Violent Femmes’ first big break came in 1981, when they were discovered busking outside of a Pretenders show at the Oriental Theatre. It’s only fitting, then, that the band returns to Milwaukee — and to the scene of that fateful performance — in their new video for “I’m Nothing,” a track from the band’s new album “Hotel Last Resort,” which they’ll release tomorrow.

The track first appeared on the band’s 1994 album “New Times,” but they’ve given it an updated kick with new drummer John Sparrow (who plays on a Weber grill in the video). The video, directed by Josh Adams and featuring skateboarder Stefan Janoski, surrounds the group with local faces, including a few from Radio Milwaukee you might recognize.