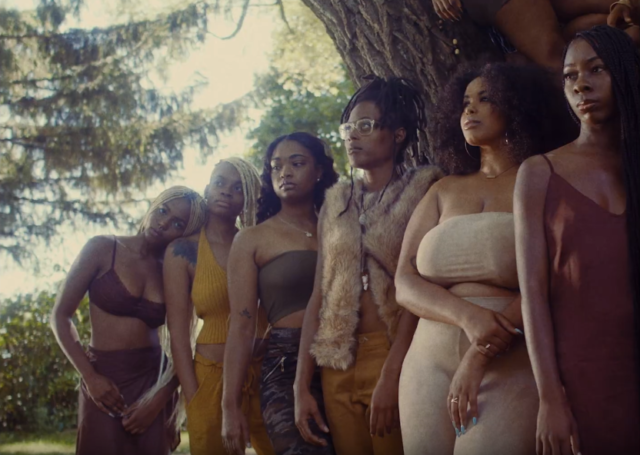 Earlier this year Milwaukee rapper Von Alexander released a single called “Solange,” inspired by that singer’s new album. The song itself is a snapshot of a moment of doubt in a relationship, built around the slice-of-life storytelling that Von Alexander does best. But the song’s video turned out to be a much larger statement. “The story behind the song and the video are quite different,” Von Alexander says. “For the video, I knew I wanted to do something simple and elegant.”

The idea for the video, Von Alexander says, was inspired by a photo he saw on Instagram of women on a grassy hill wearing natural, earth-toned colors. Creative directors Alexis Mercurey and Jojo West helped him build on that vision, and director Damien Blue and camera operator Cody LaPlant, the team behind some of WebsterX’s most memorable videos, were brought in to shoot it.

“I wanted the video to go further than just a video to a song,” Von Alexander explains. “I felt this was a perfect time for me to show my personal appreciation to women of color in a way I’m not used to seeing it from anyone else. I knew the perfect location for this video I knew how I wanted it to look and I knew we could get it all done in less than a day.”

The video’s scope continued to expand as filming neared. “I wanted this to just be maybe 10 women in the video, and ultimately I held my own sort of casting call where all women had to do was comment under my post and I’d pick from there,” Von Alexander says. “I ended up with over 100 comments and messages about it, end result was 40-plus women were picked and about 30 came out throughout the filming of the video. I knew this was a project that would be bigger than me, therefore I made a decision to not be in the video myself. I couldn’t be more satisfied with the outcome.”

You can stream the “Solange” video below.