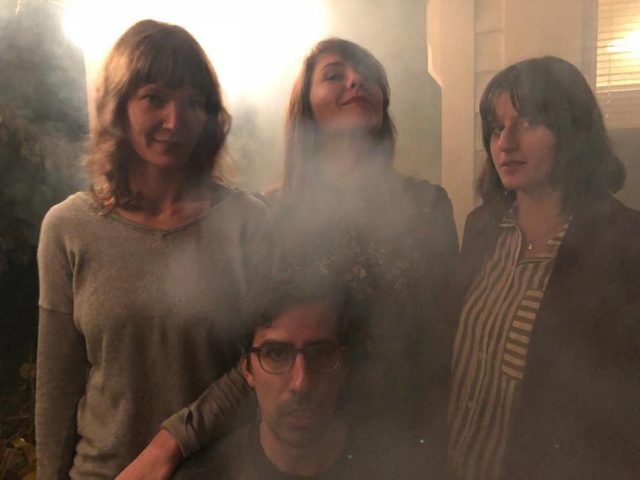 Since 2017, Warhola Cats have been harmonizing about contemplation, yearning and heartache. Comprised of Elisabeth Gasparka (vocals, electric guitar, keyboard), Sarah Gail Luther (cello, flute, vocals, guitar), Jackie Mich (keyboard, french horn, vocals) and Alexander Cain (percussion, vocals), the group have approached those longing and heartfelt themes as, in their words, a “toast to Milwaukee’s mundane — inviting reverence for this time and place, musical renderings to capture the moment as it passes.”

What is Milwaukee’s mundane? Gasparka explains, “as a longtime resident who is also an outsider (born in UK, raised on the east coast), I find that this place has a special quiet magnetism that feeds and perhaps only makes sense to the hardiest of people. ‘Milwaukee Mundane’ is about the profuse, the meaningful being embedded in the ordinary.

“The unassuming guy in the corner bar? He’s the DJ you listen to every Thursday evening on the radio,” she continues. “His tastes and moods and collection underpin important and intimate aspects of your life. Or the poetic … for example, it’s July and there’s a pile of snow in Wausau that hasn’t melted yet. People here would rather talk about the Packers, or the weather rather than what moves them, but it doesn’t mean they are moved less. Feelings might even run hotter and colder here.”

The group celebrates this “mundane,” and the inevitable qualms of life, with a sense of candid sincerity that is both charming and personable.

Their first single, “Stars Over the Lake,” from their forthcoming album “Eros + Vibes,” due out later this year, is reflective of all those characteristics, themes and more.

The contemplative track explores a somber parting and the following stark consequences. Mixed and mastered at Silver City Studios, the impressive full production (featuring a marimba, xylophone, cello, flute, piano and, of course, the usual suspects and more) contrasts a soft buoyancy with a heavier, wistful narrative of learning how to cope. Using a whimsical backdrop while providing a relatable reality, Warhola Cats create a bittersweet yet highly relatable reality.

Listen to the track below.