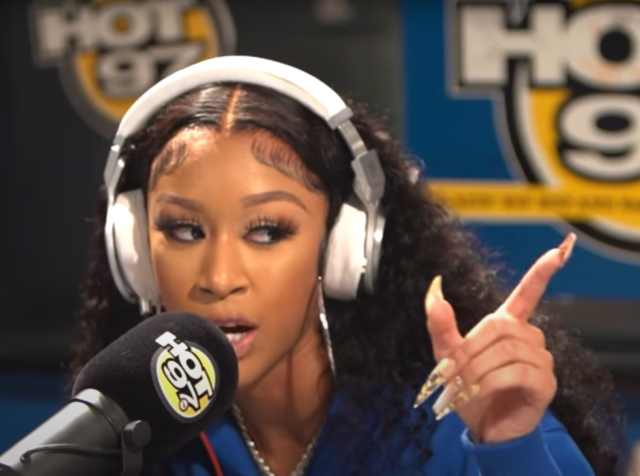 Lakeyah’s big year continues. Just weeks off the release of her fantastic new DJ Drama-assisted mixtape “My Time,” the Milwaukee native and her mentor Pierre “Pee” Thomas from Quality Control Music swung by the influential New York radio show The Breakfast Club to discuss her career and her relationship to Milwaukee.

Early in the interview Lakeyah discusses how hard it was to leave Milwaukee and move to Atlanta. “We get real comfortable in our cities,” Lakeyah said. “I was content for a minute. There’s not much to aspire to be. We’ve got our little music crowd, but it’s like, I wasn’t trying to be a local artist. I wanted to be bigger than that.”

She also clarified some divisive comments she made about Milwaukee last week and shouted out the city’s rap scene: “There’s plenty of talent there, and I hope I’m motivating people to get up and chase their dream.”

Hosts Charlamange the God and DJ Envy both had surprisingly kind things to say about Milwaukee, too. “You may be the person who actually brings the entertainment factor to Milwaukee,” Charlamagne told Lakeyah. “Right now it doesn’t seem like there’s a pipeline for people to get out of Milwaukee.”

It’s a great interview, if you have the time to watch it. And if you don’t, then skip right ahead to Lakeyah’s Funk Flex freestyle below, a flip on City Girls’ “Act Up” that she absolutely bodies.