How Hop Along is keeping the healing power of music alive

How Hop Along is keeping the healing power of music alive 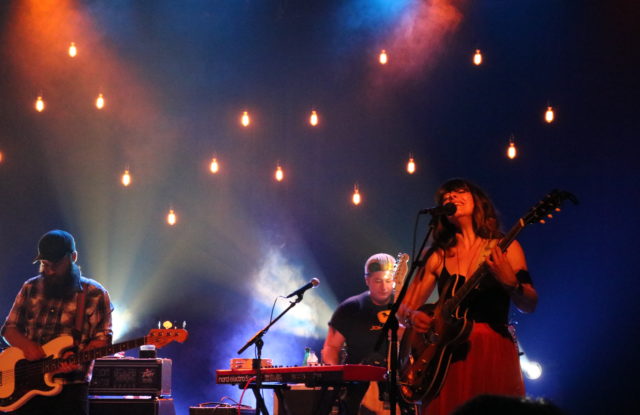 Say what you will about celebrity deaths, it’s been a rough month in that department. It began on the morning of May 11, when I found out that Frightened Rabbit frontman Scott Hutchinson was dead. By no means was I friends with Scott, but his music was near and dear to my heart. And, last September I got to sit down with him on his tour bus outside the Pabst Theater. Scott was disarming and gracious. The news of his suicide hit me like a freight train.

Then, last Friday, we learned that beloved chef and raconteur Anthony Bourdain had died from suicide. My family and I never sat down with Bourdain, but like millions around the world, it felt as if we lost a friend. Bourdain was a master storyteller and a very special human being. His television shows single-handedly raised the empathy quotient in the universe tenfold. Our loss cannot be understated.

Work took me out-of-town recently. As a result, I missed Riverwest FemFest, an inspiring annual gathering of femme creativity, as well as PrideFest, the official kick-off to summer festival season and an overall joyous affair. In light of missing these uplifting events, seeing Hop Along at Turner Hall was just what the doctor ordered. 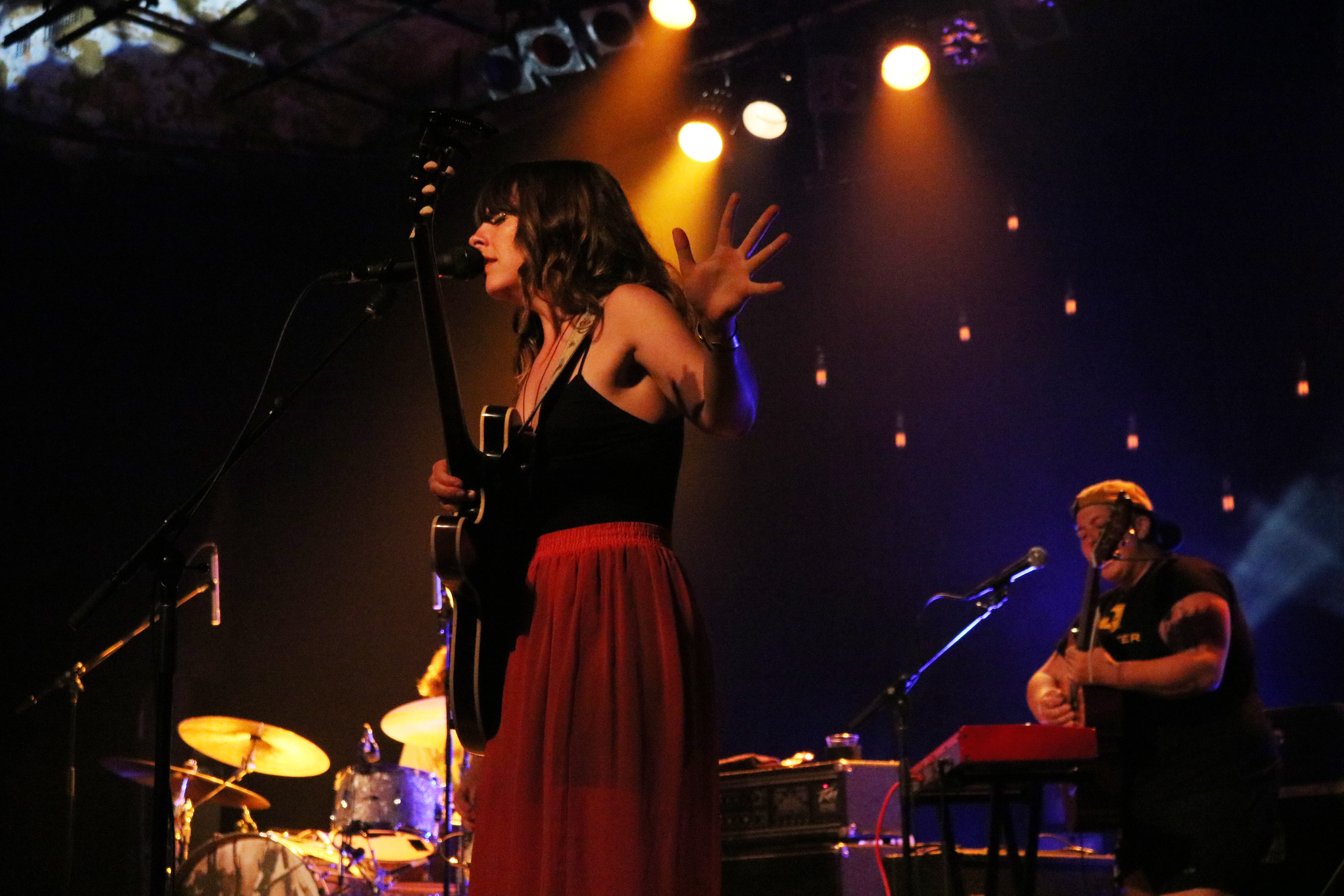 Hop Along is a band from Philadelphia fronted by 32-year-old Frances Quinlan. Like Frightened Rabbit, Hop Along began as a solo project (when Quinlan was in high school and going under the moniker Hop Along, Queen Ansleis) and later Frances added her brother Mark on drums. A full band was eventually assembled and a studio debut “Get Disowned,” which was released in 2012. The band’s subsequent albums—2015’s “Painted Shut” and this year’s “Bark Your Head Off, Dog”—were critical successes released by the respected indie label, Saddle Creek.

I have to give credit to my partner, who first discovered Hop Along last year in a Baltimore coffee shop. It was one of those moments when a song is so good, you’re compelled to ask the barista who it is. She has listened to Hop Along’s new record countless times after that. No surprise, she was eagerly awaiting Tuesday night’s show. On the other hand, I was unfamiliar with the band, but loved the single “How Simple” that’s been in rotation on 88Nine.

Hop Along delivered a life-affirming Milwaukee debut at Turner Hall

Music has healing powers. It can shake you out of a funk. It can cure the blues. At its best, music can restore your faith in humanity. Such was the case Tuesday night during Hop Along’s performance at Turner Hall Ballroom in Milwaukee.

Hop Along at Turner Hall 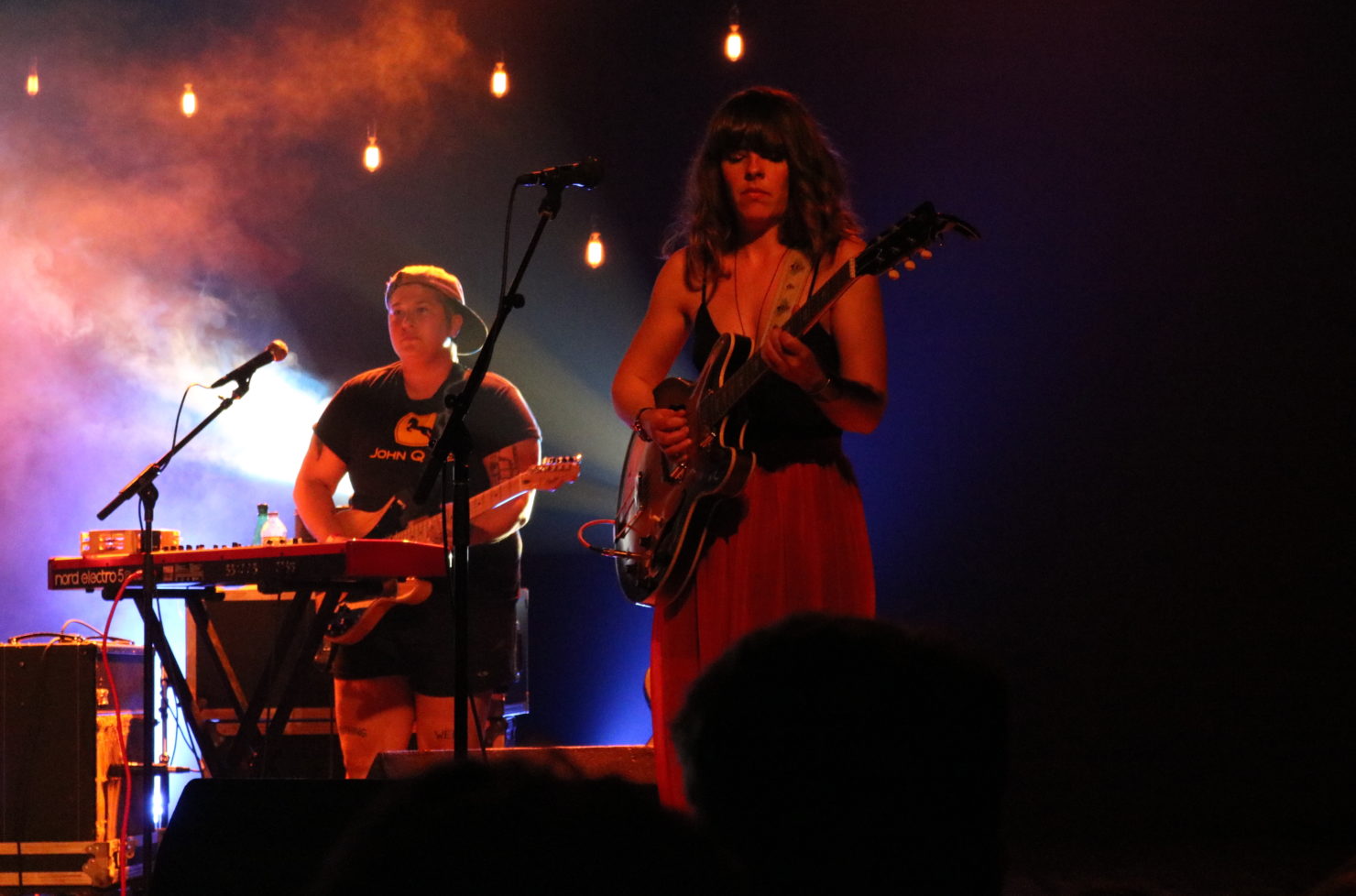 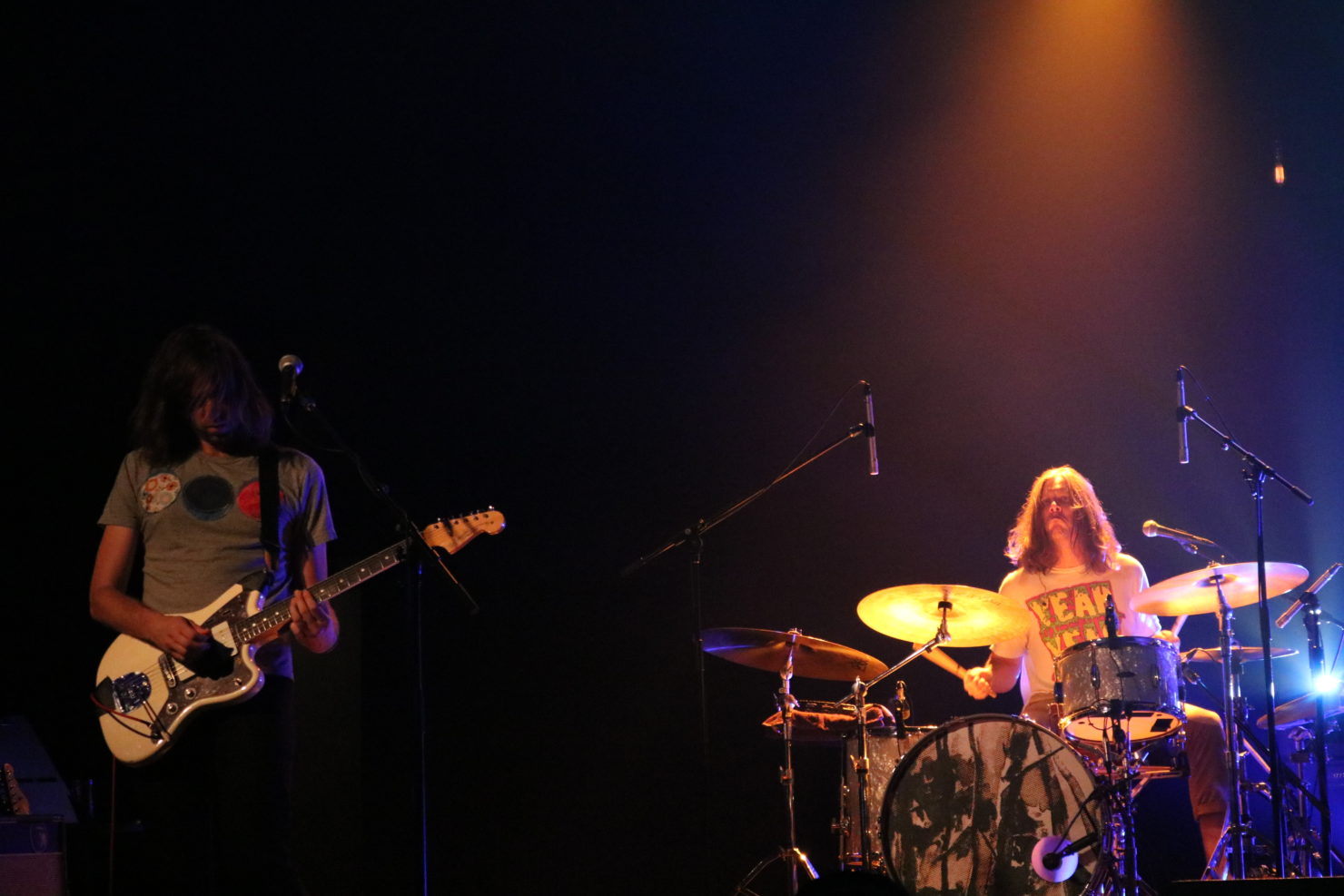 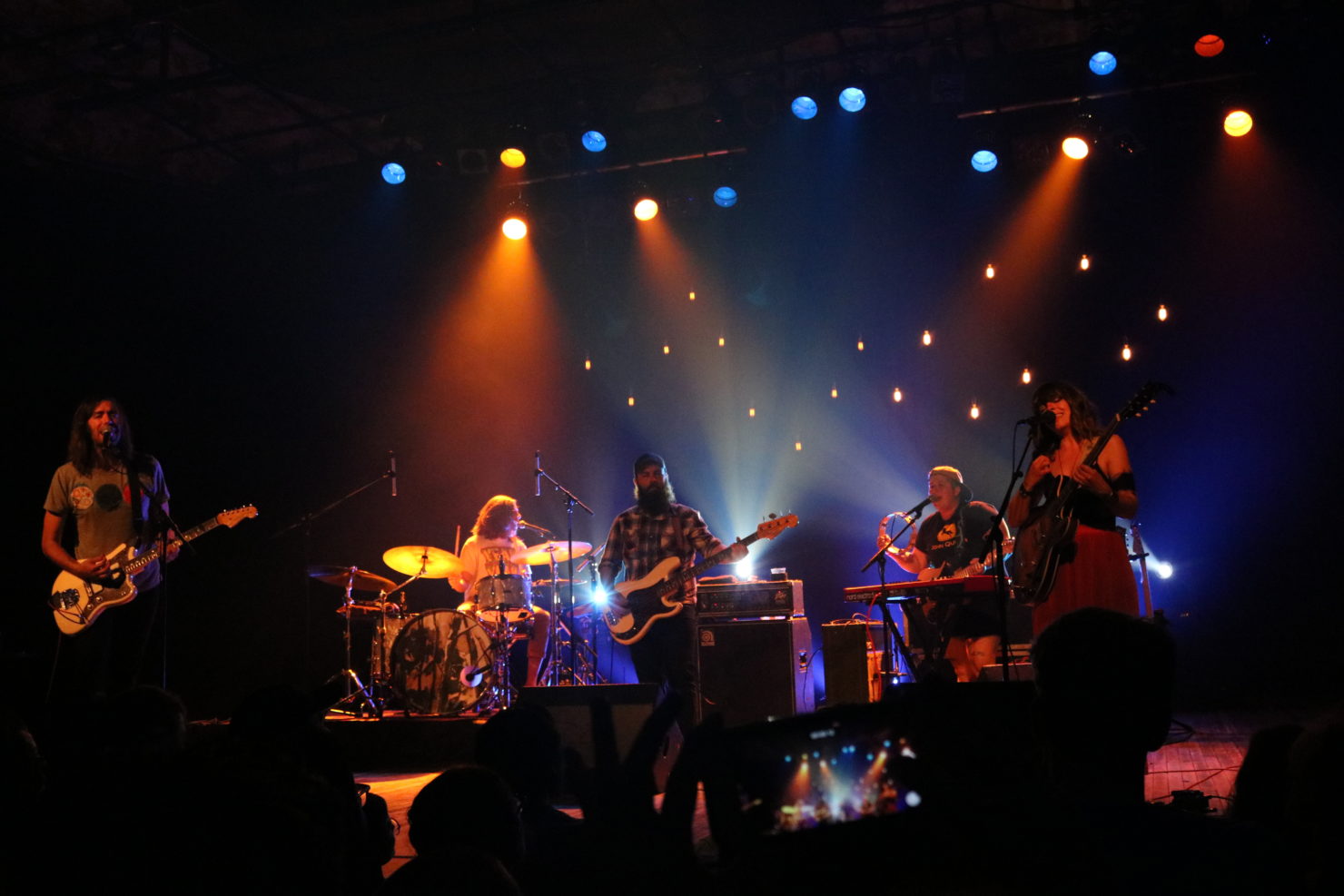 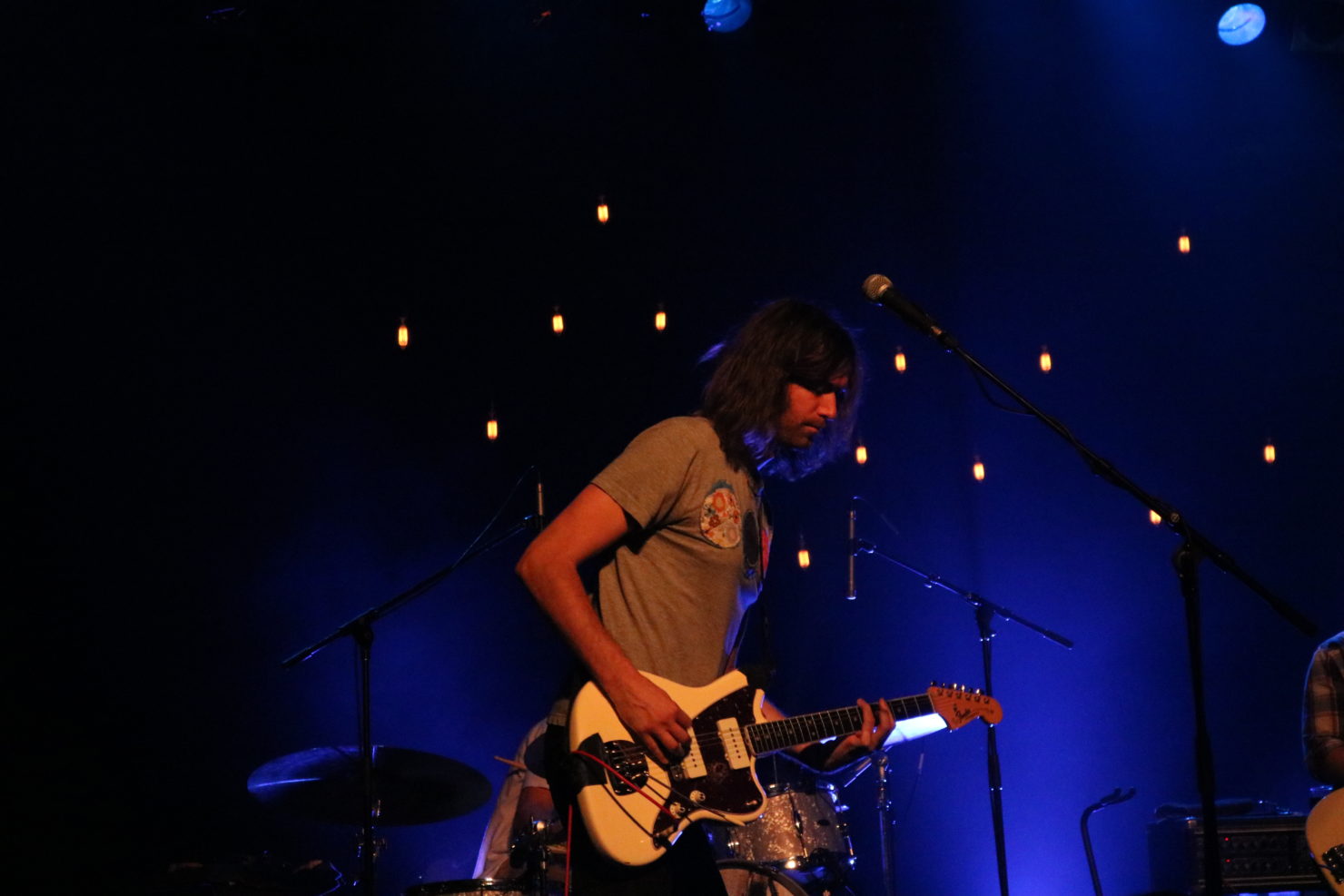 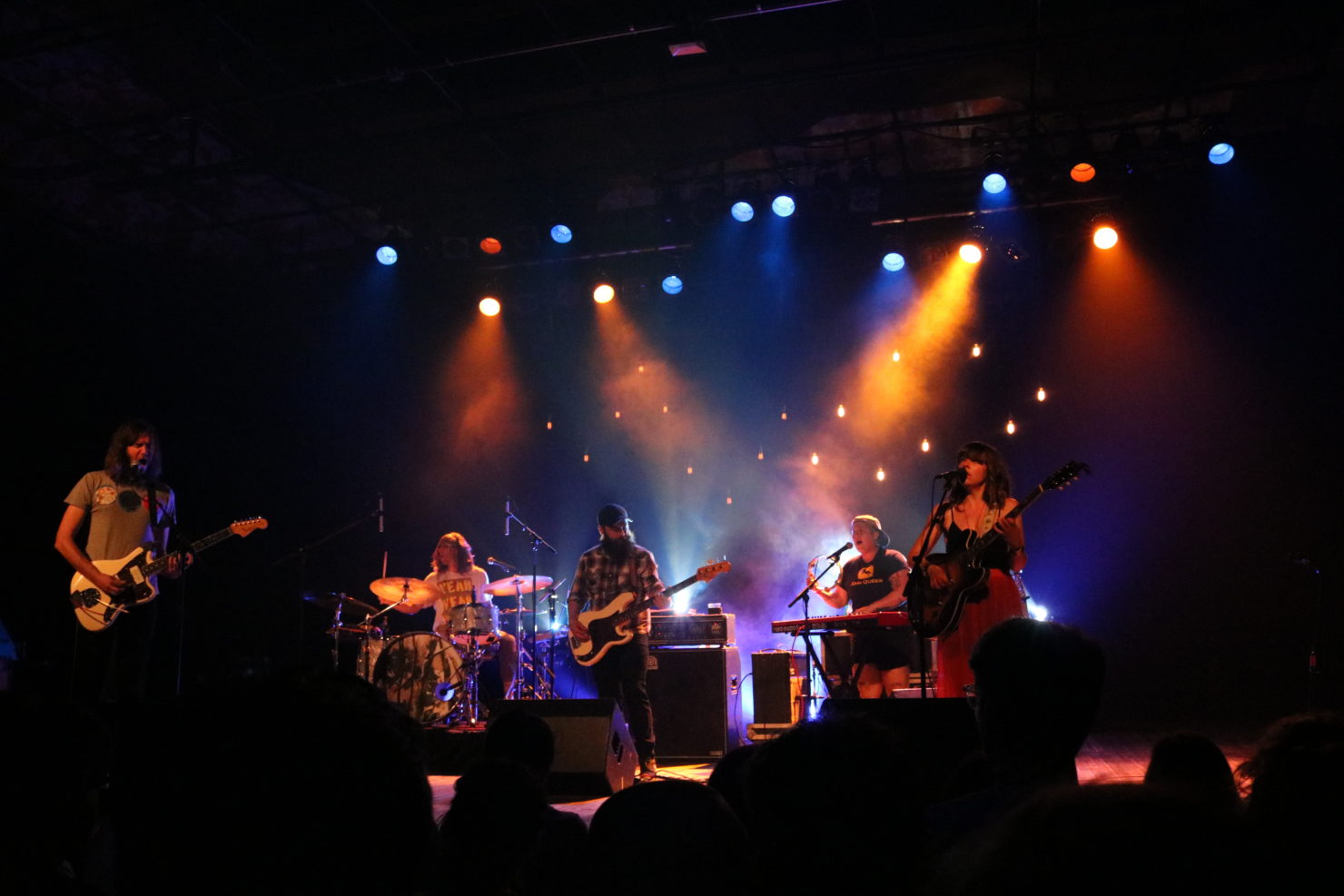 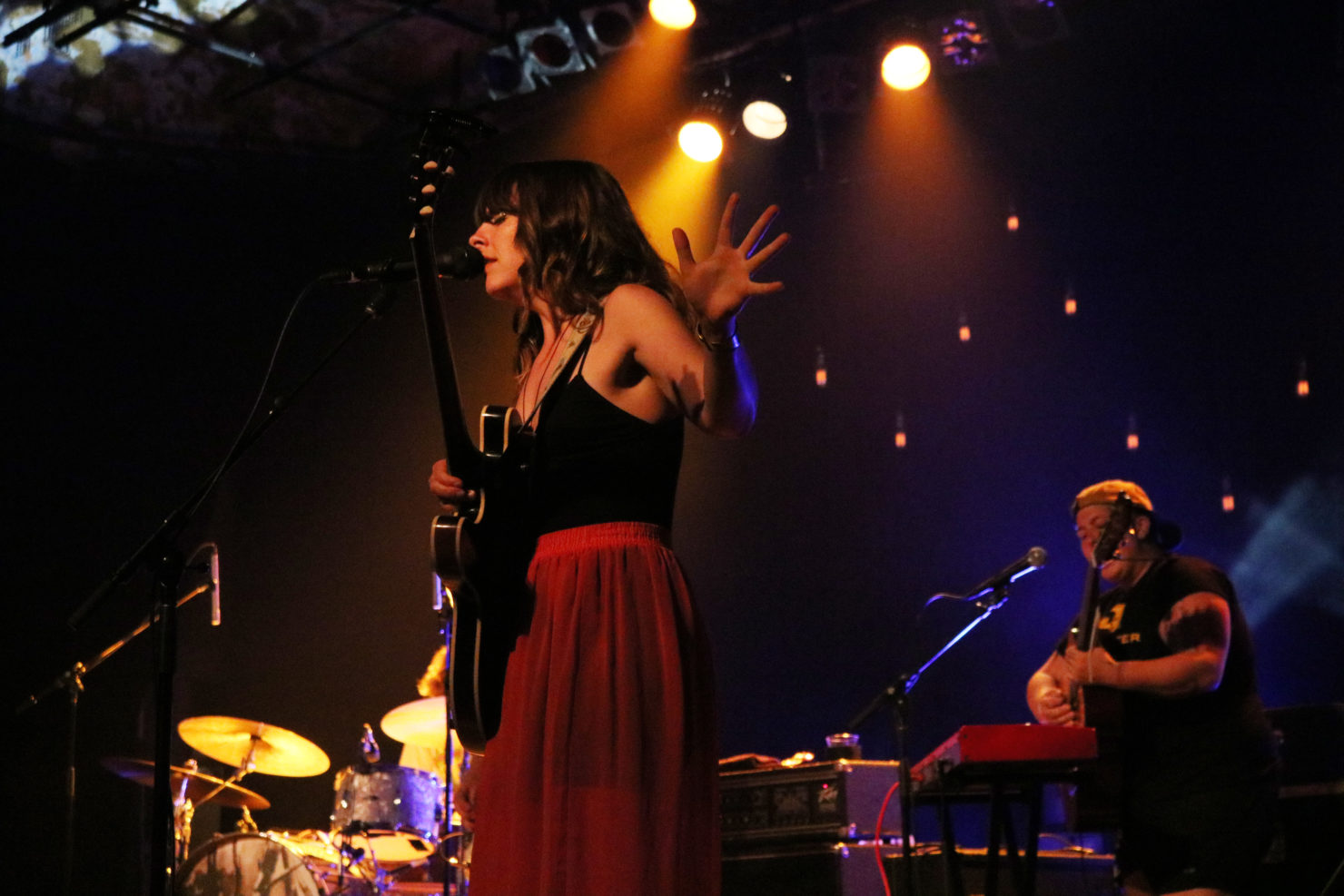 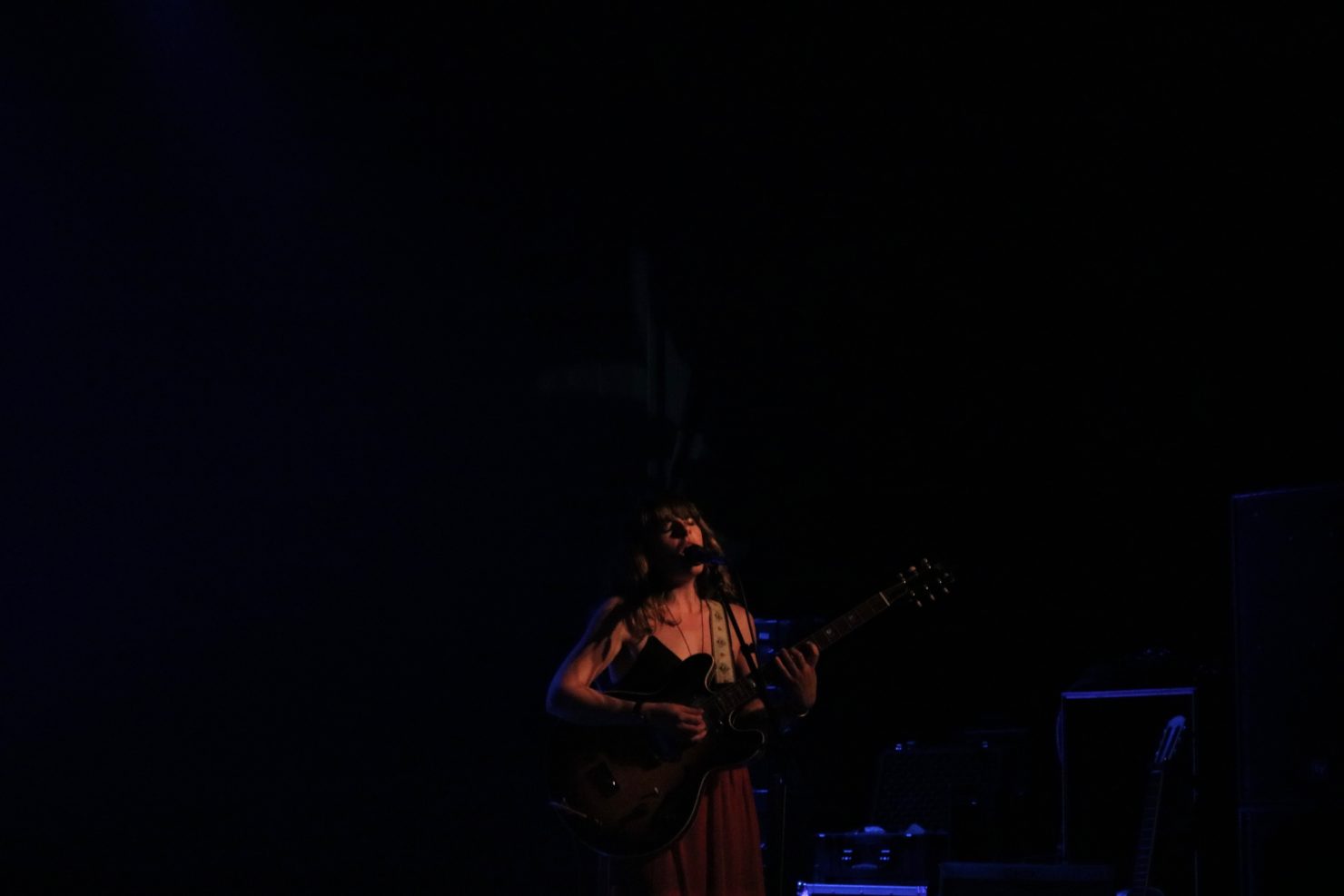 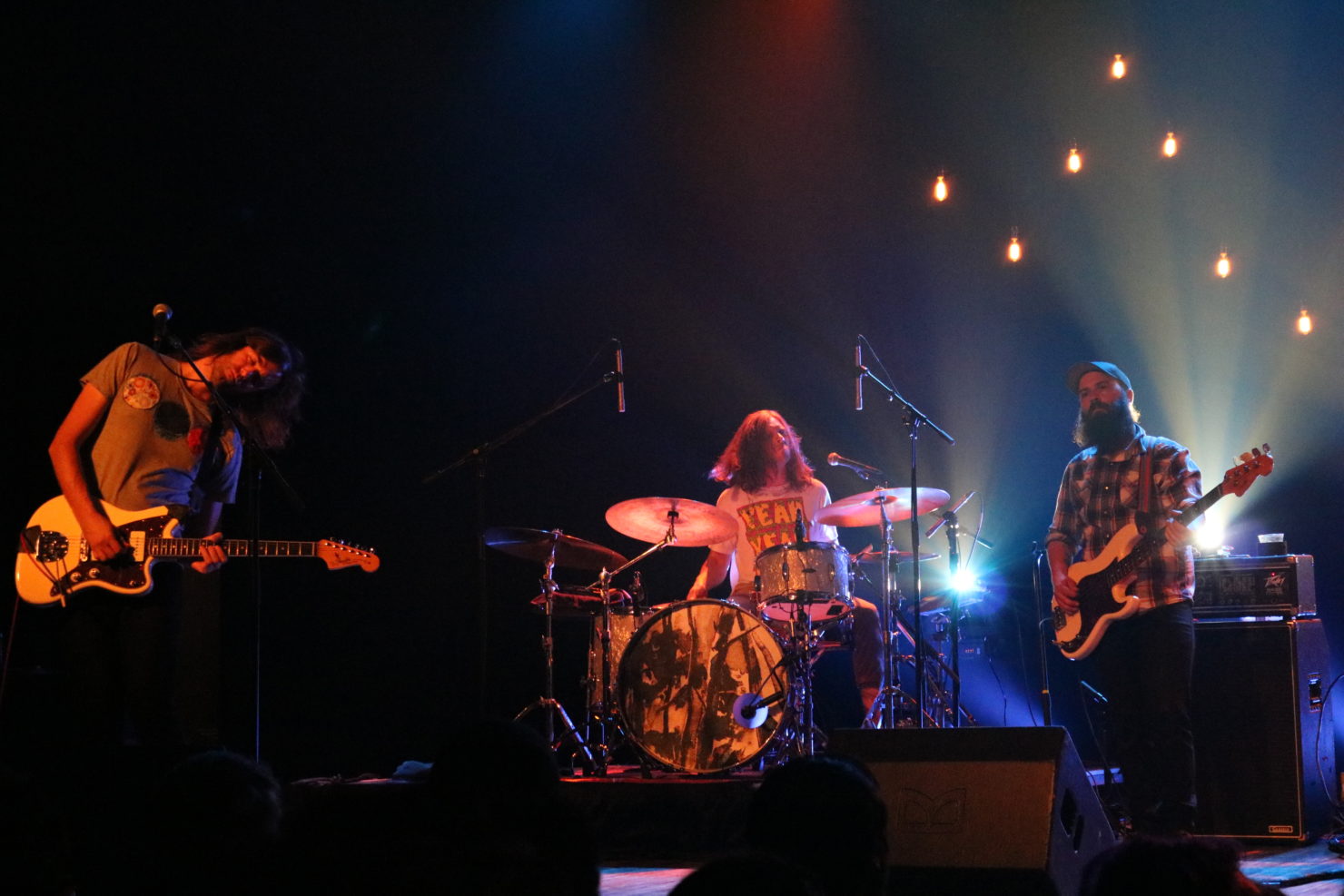 Before the show, it took us longer than anticipated to wrangle our kids at Chill on the Hill. As a result, we only caught half a song from the opener, Bat Fangs, but what we heard was excellent. The alternate opening act was local troubadour Joey Turbo, who regaled us with tales of Rio Turbo’s recent tour of Japan.

The night before the show, my lady and I were at Boone & Crockett chatting with local music veteran Mark Waldoch. He mentioned that Bon Iver opened their recent show at Millennium Park in Chicago with “The Wolves (Act I and II)”. Waldoch was impressed by their audacity to open with such a massive song, one they typically save for the end. It reminded me of a story I recently heard from Hello Death frontman Nathaniel Heuer, who saw Prince open a show with “Purple Rain.”

Hop Along was on a similar wavelength Tuesday night, opening their set at Turner Hall with “How Simple.” With your big radio hit out of the way, where do you go from there? Well, the Philadelphia five-piece took us on a spirited 14-song journey through its three records. The band never reached back to Quinlan’s high school era release, despite a request from the crowd. Still, it was a wonderful performance. The band was firing on all cylinders, lifting Quinlan’s fiercely gorgeous voice to the net-strapped rafters of Turner Hall. 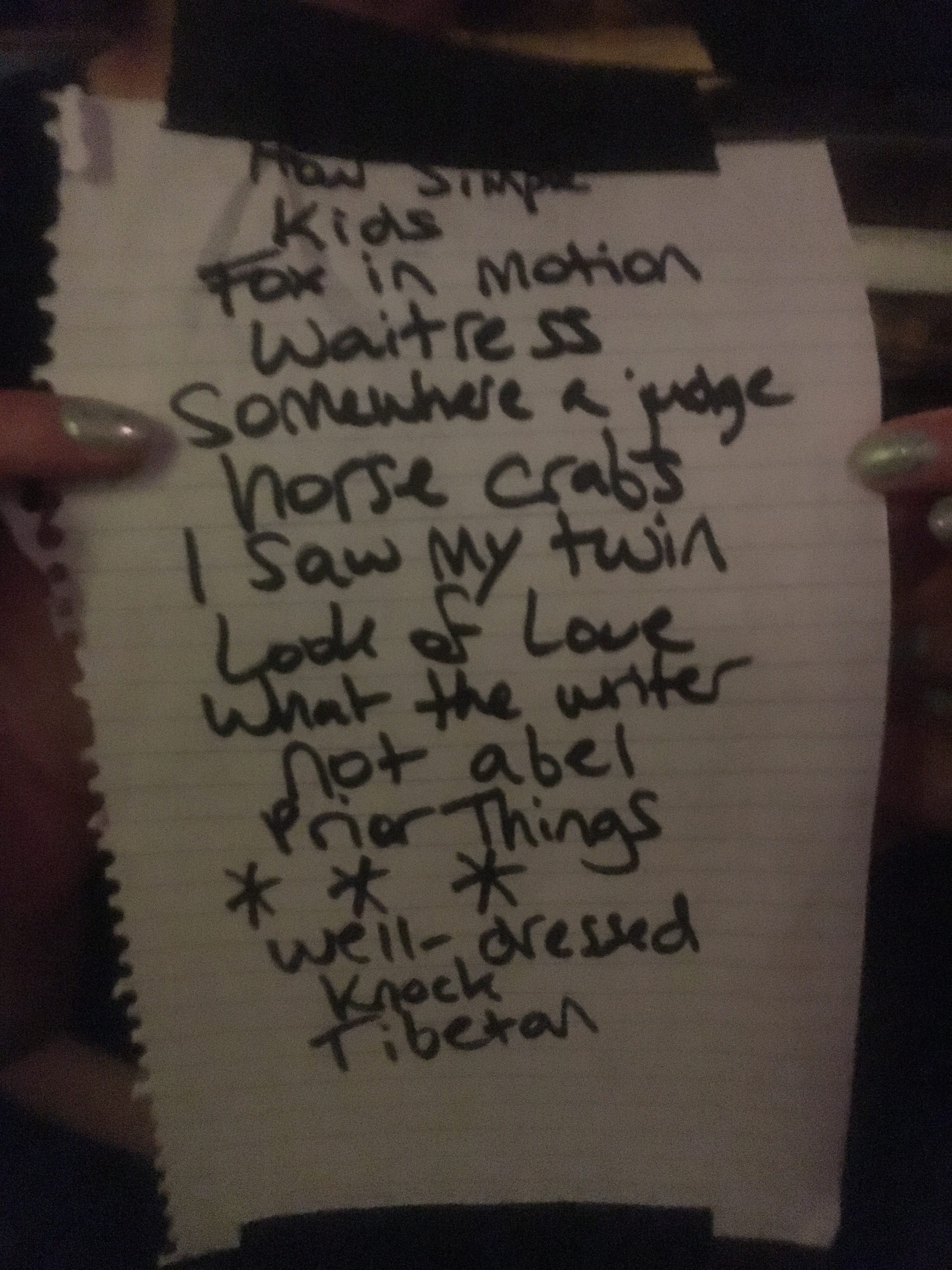 The set was particularly life-affirming not because Quinlan and company imparted any profound wisdom or induced a rousing all-audience sing-along, but because of how simply human the experience felt. The band put on no airs, talking openly in between songs and responding to the crowd. In turn, we were tuned in and engaged, creating a cyclical flow of energy that gave the cavernous ballroom an intimate vibe.

My lady and I left Turner Hall with full hearts, feeling energized and inspired. Hop Along delivered a much needed respite from an otherwise bleak month. Such is the power of live music. And, lo and behold, the sun was shining bright the next day.