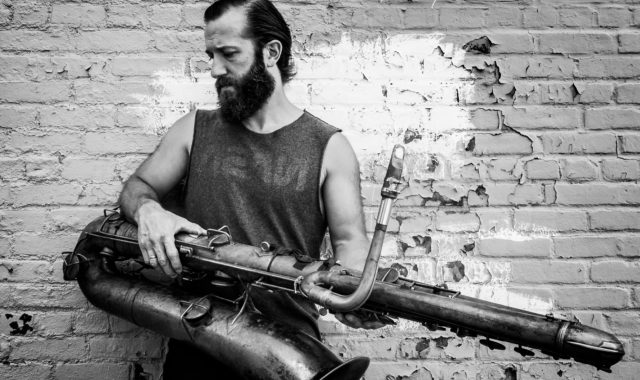 The multireedist talks about his technique, evolution, collaborations, and love for the Midwest

Colin Stetson first came on my radar after he accompanied Bon Iver in 2012 at Radio City Music Hall in New York City. It made sense then that the saxophonist and multireedist extraordinaire would perform at the inaugural Eaux Claires Music & Arts Festival, where I first saw him live.

Stetson’s solo set is mystifying, as he generates a myriad of sounds from his augmented horns. An Ann Arbor native and Montreal resident, Stetson is best known for his mastery of the bass saxophone, a hulking instrument that alone requires a ton of physicality.

Before being involved in any sort of recording, Stetson worked on his craft for years. He has honed a circular breathing technique that allows him to continuously be producing sounds.

Stetson has released the “New History of Warfare” trilogy, a reimagining of Gorecki’s 3rd Symphony, and a pair of collaborative albums. His latest solo album, “All This I Do For Glory,” was released in April.

In addition to his remarkable solo performance, for which he uses no looping or overdubbing, Stetson has shared his talent with a number of musical luminaries. He has recorded with Arcade Fire, Bon Iver, Tom Waits, David Byrne, TV On the Radio, The National, Lou Reed, LCD Soundsystem, and BadBadNotGood, among others.

I sat down with Stetson over the weekend at the Pitchfork Music Festival in Chicago. It was a few hours after he delivered a blistering midday set. We discussed the technicalities of his performance, his evolution, his approach to collaboration, what makes Eaux Claires a unique festival, how he generates his power, and why he makes music.

Listen to our interview and read transcribed excerpts below.

Stetson will perform at The Back Room @ Colectivo on Saturday, July 22.

I guess the shortest, simplest, most boring answer is because I always have. Getting deeper into it and why I’ve never stopped, it’s because there are very few things in life that pull us inescapably into the present moment. Things such as sex, food, and music being those top things. I think of it as akin to meditation. Once you’ve experienced it in the ways that I have, I couldn’t imagine living life without continuing on that path.

TECHNICALITIES OF HIS PERFORMANCE

In circular breathing, you essentially turn your face and your throat into the bag of a bagpipe and you are able to then store up air in that bag and breathe in through your nose while you’re blowing air out through your mouth, so you continuously have breath leaving your mouth and coming into your lungs. That is the technique demystified.

There’s a lot of different things that I’m doing called overtones where I’ll be playing rapid arpeggios over and over again and then using the contours of the inside of my throat and mouth to manipulate how those overtones dance and what gets played. That’s why you might hear more bassline-ish notes along with mid-harmonic lines and melodies that float over the top. 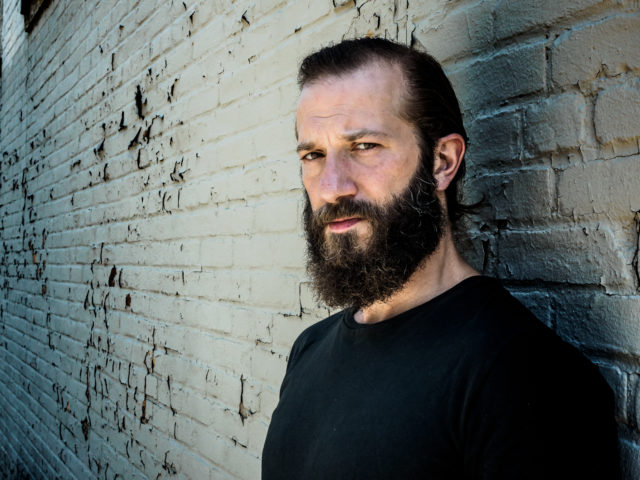 EVOLUTION OF HIS TECHNIQUE

Circular breathing is just a trick, in that it’s just a coordination like riding a bicycle. Once your body knows how to do it you can continue to do, it’s not something you forget how to do. But circular breathing as a technique really isn’t good for anything if you don’t have the physicality to keep your mouth, arm and fingers going into these deep repetitive patterns.

Like today’s set, the last song there was certain repetitive things going on with my fingers that I couldn’t have done a couple years ago, let alone two decades ago. Playing full volume on a bass saxophone, moving as much air as it takes to support that, you have to be able to constantly be sucking in air through your nose, which makes it so that your face muscles never get a break. Now they’re physically more able to do that.

It’s all an arc, a progression of time spent on the instruments and doing this specific thing, getting ideas, setting goals and dream scenarios, and trying to set out after them and figure out how it is to physically make them happen.

EVOLUTION OF HIS RECORDED MATERIAL

I think it’s pretty self-evident if you listen to the arc from Volume 1 of the trilogy that I recorded, through Volume 2 and 3, and now “All This…,” the new record. With a greater physical capacity it also leaves me more facility and more accessibility to a lot more compositional methods and techniques than maybe I did before.

There’s a richness and a complexity to a lot of the compositions that is kind of growing in that direction. At the same time, more of a patience. Because I do have stamina to give the minutiae the time that I want to give it. As I go further and further I want to really spend much time on the little things and explode those tiny moments into big long expansive stretches. 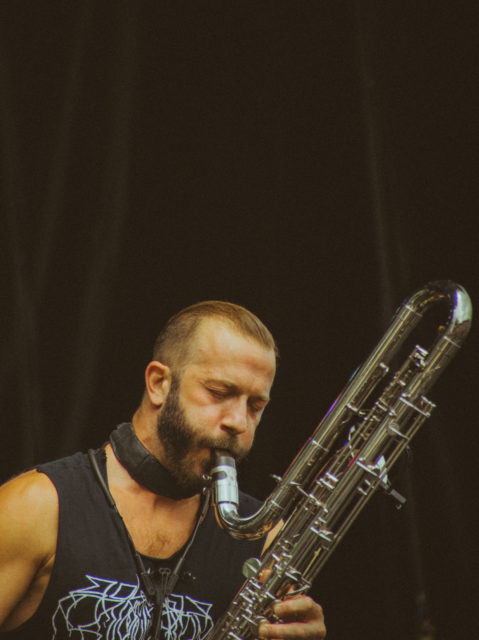 WHERE HIS POWER COMES FROM

Habit. Everything that we do. I’m a firm believer in the whole “You are what you eat” concept, but not restricted to just literally eating. Consumption on all its bases are pretty key. What you listen to, what you read, the concepts that you are saturated in and soaking yourself in every day. Your environment, be it in nature, communities, relationships, friendships, family, all of these things.

And then specifically the instrument. You need to be spending time with it for it to become your voice and for it to stay your voice. That’s something that’s simply not just picked up when you’re ready for it. It’s like brushing your teeth, it’s hygiene, it’s these habits that create the music out of a life rather than just on a project to project basis. For me, it’s almost like approaching life curatorially. But it’s the best method that I’ve found in order to make what it is that I can imagine into reality.

My role changes every time depending on who it is that I’m working with, what it is that they need from me, and then specifically and ultimately, the song. I really think about these things as being specific to the piece of music, specific to the record. If I work with a band like Arcade Fire, I think about what’s my role, what does this song need from me and then I start from there.

There’s no room for injecting ego or personality on things. I definitely try not to think about things that way. When I’m going into a collaboration I really just think about the essential needs of that song. What does it have going on already? What is it lacking? And then how might I implement that and serve that up in whatever way, given the kind of mediums that I work with. That whole equation changes for every collaboration. 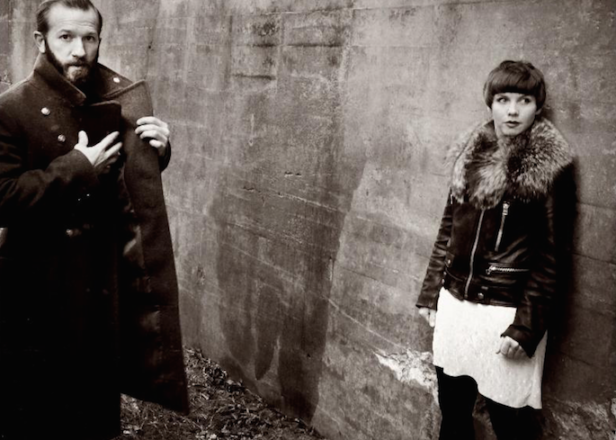 It is a very, very rare thing to have a festival that is so peaceful, run so efficiently, and done so in a way that really honors and caters to the musicians, and to the audience as well. And then saying all that about a festival that did it right out of the gates with their first offering. I’ve never seen anything like it. It’s a testament to Justin and Aaron and everybody who’s worked on that and come together to make it. It’s a unique phenomenon.

All of them in some way were a bit of the misfit toys from their own communities, so it’s certainly not a blanket statement about everybody from the Midwest. But there is something about all of the oddities coming from their small ponds everywhere that I’ve met throughout the years and we’ve all kind of acquired each other as family. There’s a quality to them. Not to say that it is better or worse, not qualifying it in that respect, but there is a very specific character to what the Midwest makes in a person and I’ve always felt very kin to it. 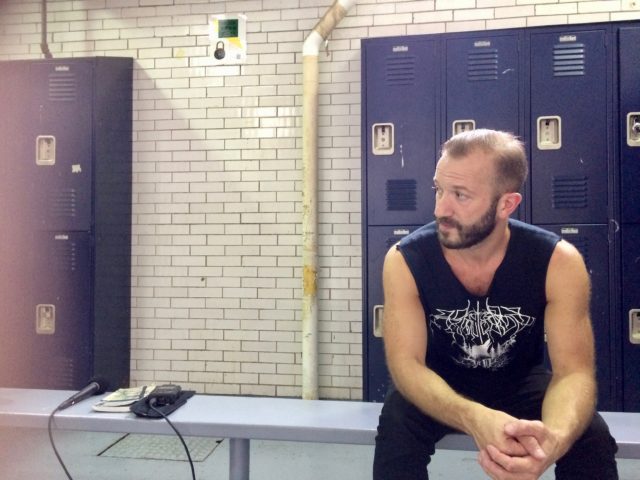