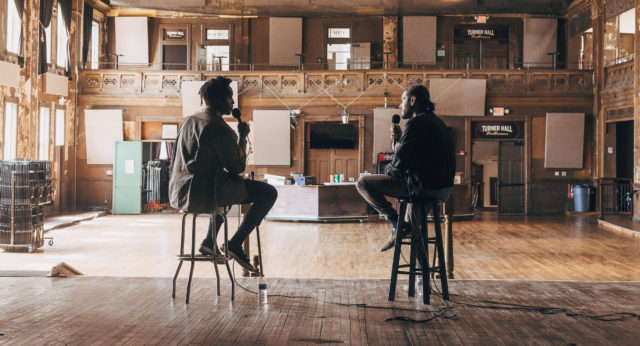 Sam Ahmed — stage name WebsterX — is one of Milwaukee’s brightest music stars. The experimental hip-hop artist may be best known for his cinematic music videos directed by Cody LaPlant and Damien Klaven.

Since the March release of his debut studio album — ‘Daymares’ — Ahmed is earning a reputation for crafting uplifting, anthemic hip-hop music.

Before the stunning music videos and the stellar debut record, Ahmed was known for an energetic and captivating live performance.

From his days performing barefoot at basement shows with a black bandana to being backed by his New Age Narcissism collective and playing for 15,000 people, Ahmed’s rise to prominence is due in large part to his stage presence.

With the music industry in a constant state of flux, a good live show is now more important than ever. The Internet may have leveled the playing field for musicians from smaller markets — you can become popular online without ever having played a show — but with record sales continuing to plummet, performing and touring has become an essential part of a stable music career.

One month before the ‘Daymares Experience’ at Turner Hall Ballroom on May 26, I interviewed the 24-year-old artist at the site of the event. Moving from the floor, to the side of the stage, to center stage, we traced Ahmed’s journey from wide-eyed fan to seasoned performer.

Below you will find the audio of our conversation (includes explicit language), select portions transcribed, and a list of WebsterX’s most notable live shows. [Read below for more.] 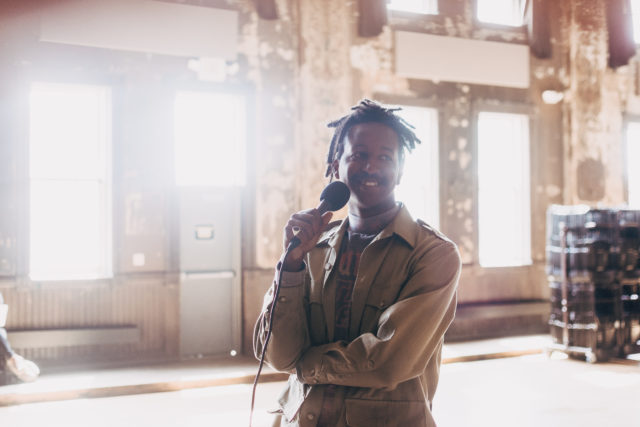 ON THE EVOLUTION OF THE MUSIC INDUSTRY

Things have to change, otherwise things get stale and old, and people lose interest. I think Chance the Rapper does a great job of bringing attention to the way things are changing. He put the magnifying glass on it. I didn’t realize you could make so much more money touring. And I want people to put more attention to their live sets.

If you don’t have that physical presence, whatever attention you’re getting online is going to slowly diminish. That’s why myself and my collective New Age Narcissism put such an exclamation point on the live set and try to make it as powerful and impactful as possible. And it’s been that way since I was playing basement shows. 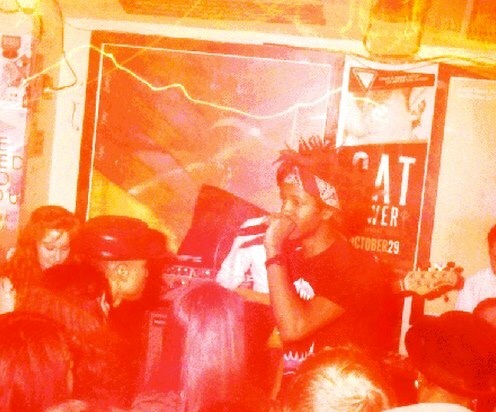 HIS FIRST LIVE SHOWS (AS A FAN)

That was Umphrey’s Magee in October of 2008 or 2009. In high school, my friends influenced me super hard on jam bands, so that’s what I was listening to outside of hip-hop. That show was at Der Rathskeller in Madison. I’m not really into them now, but they had the light show going and everything was on point.

I saw Lil Wayne at the Marcus Amphitheater in 2012 and he had a full cat walk, it was ridiculous. Rick Ross was the opener too. It was an insane ass show. I was obsessed with Lil Wayne from like 2006 to 2009 non-stop. That was a huge one for me because I was such a fan. 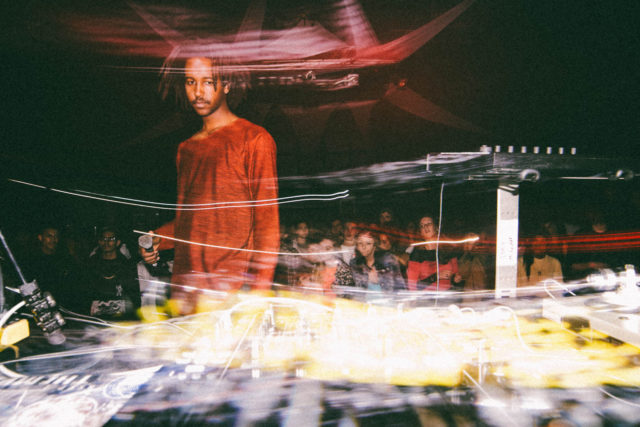 WebsterX at the Miramar Theatre 2014

ON BEING A SUPPORTER OF MILWAUKEE MUSIC

I think something that people really don’t understand about me is that I was a consumer before I even emerged in the scene. I have that double mindset of being an outsider and not knowing about anything except Prophetic and then later on actually becoming a part of it. That first year I was really just going to as many shows as possible. At the time when ‘Desperate Youth’ (the mixtape) came out, Soul Low had just released their first project, so I wanted to see more than just the hip-hop scene too. I’d go out to indie rock shows or just whatever was crackin’ on the East Side is where I would be. 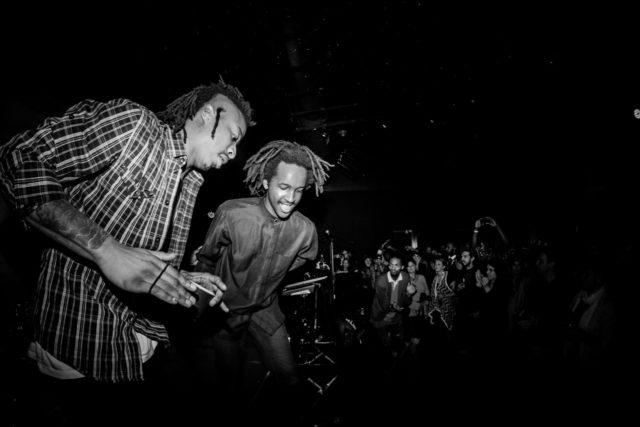 I remember this night so vividly. I was with my homie bliss&alice, Brandon, and the whole show I was stage right by that door. It was like the most annoying place to be in that entire venue. Before the show even started, just looking at the entire stage, seeing Q on the keys, Matt Gorski on the drums, Chris on the drum pad…that was my first time seeing Chris actually play live. I had met him previously at Urban Outfitters. I was just so impressed with the way everything looked. That show was so insane. The whole vibe was crazy. It was excellent. 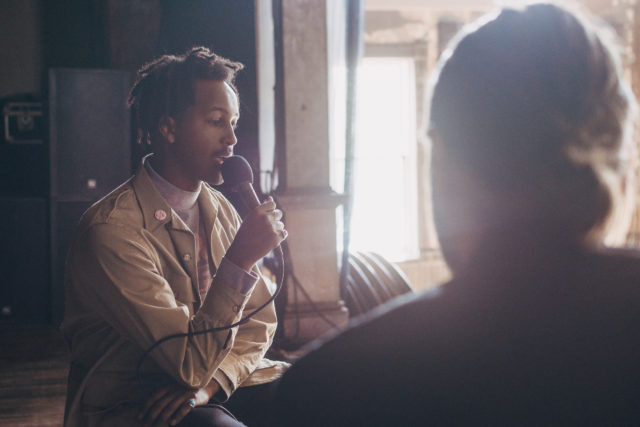 WebsterX during interview at Turner Hall

HIS FIRST SHOW AT TURNER HALL

My first show at Turner Hall was actually that MilwaukeeHome SXSW send-off (in 2014). I played that with Casey Soyk, CSYSYK. He produced ‘Desperate Youth.’ That was dope because I actually had visuals behind me that they produced, which was really awesome. I was wearing my Purity Ring shirt that I actually lost here, which still might be in the mailbox somewhere. 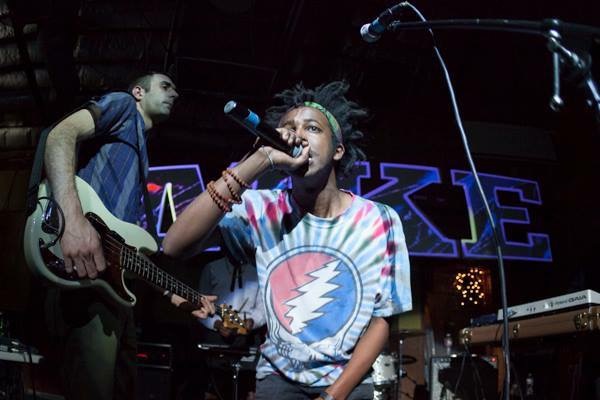 That was a milestone because that was my first time playing for like 13,000 people. We played the main stage and I don’t even know how the hell that happened. We opened up for Rhymesayers, I met Dem Atlas that night and now we’re homies. Cody made the most insane recap, I was wearing that dashiki too. I brought bliss, Fredd33, Siren. I used to do that a lot, just bring out the homies, especially if it was an hour or so set and I’d do like 30 minutes, really paying homage to that ‘Desperate Youth’ mentality; it’s a plural thing, it’s not a singular.

That was one of my favorite shows of all-time. That crowd dive was crazy. That one and Summer Soulstice were the craziest because of the fact that they were the largest gaps I had to leap and I somehow didn’t break my neck.

ON PERFORMING AT SUMMERFEST

As far as live shows go, the one that really got me into wanting to do this for real, was when I saw Klassik at Summerfest on the Harley Davidson Roadhouse Stage (in 2014). That was the first show where I turned to my homie Gilbert and was like, “That’s gonna be me next year.” And in turn it was, but Klassik brought me out during his set, and then the next year I got my own show opening for Lupe and then we played as NAN opening for The Roots (in 2016).

At one point I was so geeked up during the show, I had the wireless mic and I went down into the crowd, past security, (and) they were like, “Let’s go bro!” I did this Action Bronson thing where he leads the entire crowd out of the venue and everybody just runs out and does whatever outside. I was running around and had them follow me, it was ridiculous. 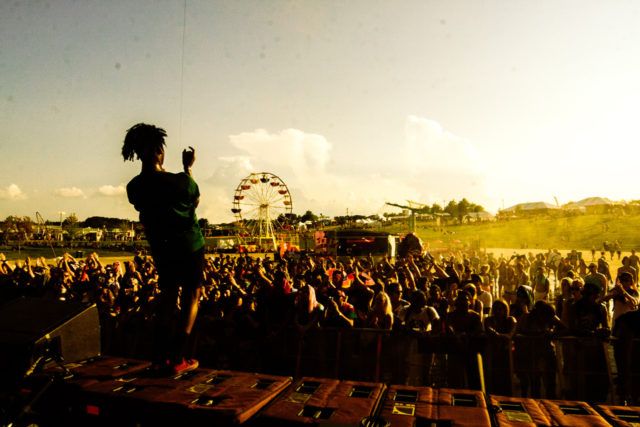 I remember being in the middle of the crowd and really just kind of had this pow wow in the middle of this giant space. Then ‘Doomsday’ was the last song and I was going around the band, Tim Russell was playing drums, and I see this cartoon like character, cuz I knew who it was off top. In my subconscious I was like, “That’s Earl Sweatshirt.”

He was eating a banana just bobbing his head like a goof. Just like Earl Sweatshirt would. I remember after the show them dapping us up, Kenny and Malik were skating with them for like 45 minutes after the show. We were all just chilling. That was a huge moment because that was one of the people I was watching growing up. He’s a hero to me. 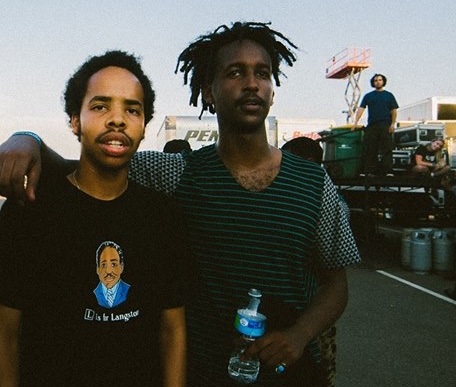 That (Summer Set) show was another that got me to where I am now. I feel like I’m a little more seasoned and understand how to use my energy and conserve it for the live show. I was so sweaty and one thing that Earl told me is that “Man, you turned up, but I would’ve turned down for that.” Cuz it was so hot outside, you know what I’m saying? I’m glad I did what I did, those shows were learning curves.

I remember when I used to have shows from the jump until 2015, I would bring so many people with me and it would be a giant friendfest, but that gets stressful because you have to get everybody passes, yada yada. And then just realizing you can stay in the greenroom and actually conserve your energy. Because I’m such an extrovert when I’m in those positions, so I like to be in the crowd sometimes or side stage, whatever it is, I try and like dap up and shake up with as many people as I can. I learned that conserving your energy is way more beneficial. 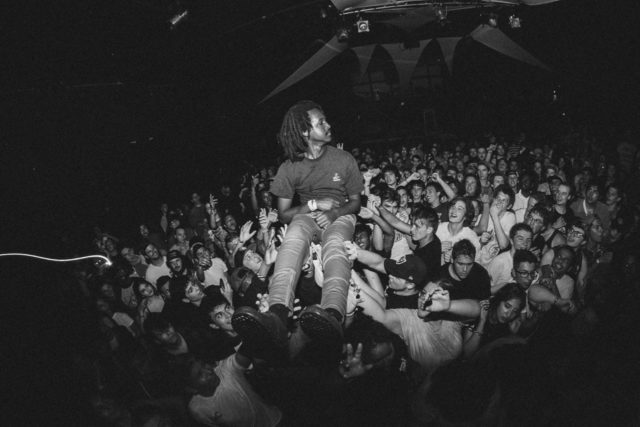 WebsterX at the Miramar Theatre 2015

At first I was very anxious about that tour because I felt like I wasn’t ready to do it. But what I love about (my manager) Nick is that he keeps pushing me, especially with booking stuff. And one thing people need to understand is that me and my manager came up in this together, he didn’t have any previous experience with any other artists before this.

So what I learned from him is that you have to actually take those chances as an artist. A lot of artists will skip smaller cities or do whatever they need to do to make themselves look better, which I understand. It’s comfortable and it makes sense. If it works for you, then it works. But I like how we’ve been uncomfortable in a sense and really pushed ourselves. 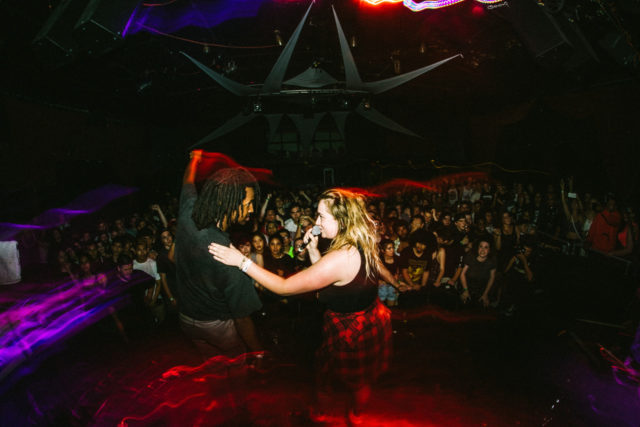 WebsterX and Siren at the Miramar Theatre

WHAT TO EXPECT AT THE DAYMARES RELEASE SHOW

A visual experience. Lots of really cool lights. The set in itself is something we’ve been working on for a few weeks. I’ve been watching a lot of different live shows recently, trying to reconfigure my live show and put on the best experience possible.

I used to hate to do shows with 8 or 9 rappers on it, but if you can do it smart with short set times then it can work. It’s a glimpse into something really cool and different parts of the city.

So that’s what I’m trying to do with all the openers for the Milwaukee Medley. These are people that have influenced me in a certain way, Kane with Freespace, Zed being one of my best friends and her also being a female rapper in the scene, Munch Lauren who is a north side rapper that nobody knows about except the north side, but gets the most Spotify streams in Milwaukee. Just trying to bring the city together as best as possible. You’re going to see a lot energy in that Milwaukee Medley, especially with my homie knowsthetime, Ian Carroll, DJing. 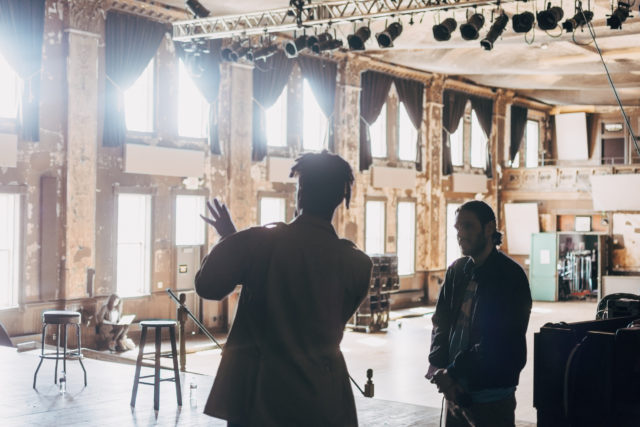 WebsterX and Joey Grihalva during interview at Turner Hall 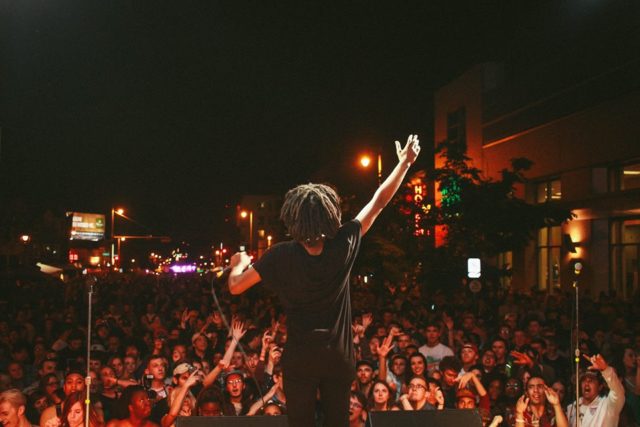