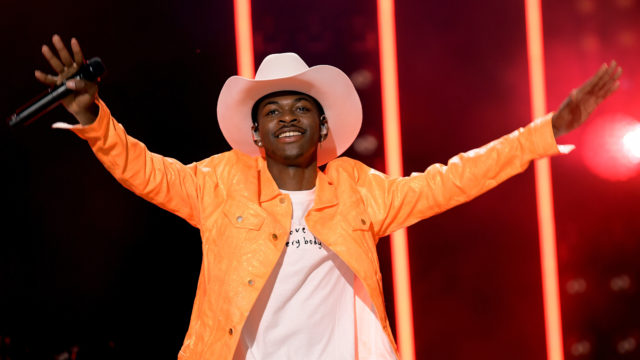 While his viral hit “Old Town Road” still sits atop the Billboard Hot 100 throne, Lil Nas X drops “Panini,” a second taste of his upcoming EP 7, due out June 21 via Columbia Records.

“Panini” has a weightier sound than the hit that’s made the 20-year-old famous for weeks this spring, though the whistling that bookends the track seems to tip a hat to the Yeehaw Agenda. And Lil Nas X raps simple yet somehow unexpected, stick-in-your-head rhymes to open: “Ey panini / Don’t you be a meanie / Thought you wanted me to go / Why you tryna keep me teeny?”

A few familiar names contributed to to the booming production of “Panini.” New York duo Take A Daytrip and Dot da Genius — famous for his spidery, spellbinding work with Kid Cudi, Jhene Aiko and more — co-produced the sub-two-minute bop, which also interpolates bits of melody from Nirvana’s “In Bloom.” (The artist gave Frances Bean Cobain a shout-out for the song clearance on Twitter.)

7 is the official follow-up to NASARATI, the Internet star’s 2018 self-released project. On the cowboy boot heels of his massive glow-up, this upcoming EP will aim to cement Lil Nas X as more than a flash in the pan success. With “Panini,” he’s already proven he can be more than a one-hit wonder.

7 is due out June 21 via Columbia Records.