Why Milwaukee music makes me proud to live in the 414

Why Milwaukee music makes me proud to live in the 414 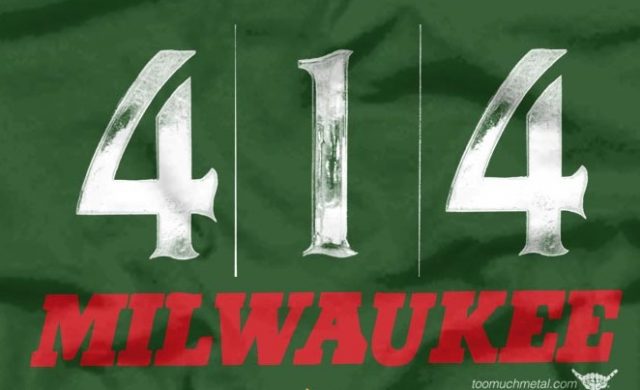 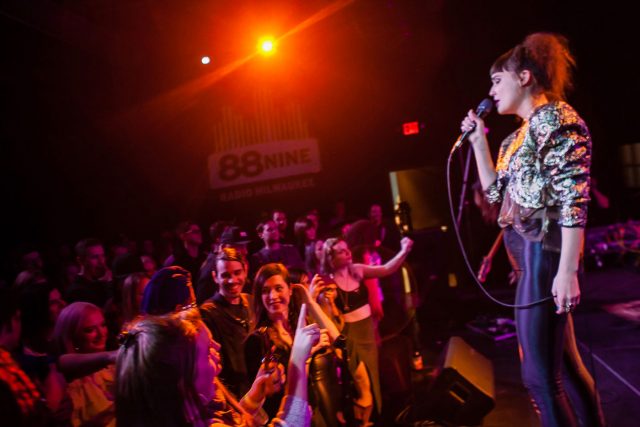 My first experience with local music came at the Summer Soulstice Music Festival on North Avenue, less than two years ago. Prior to this revelatory moment, I had no knowledge of independent or obscure music, let alone the music of my own city. However, after that night at Summer Soulstice, the proverbial flood gates opened wide, and I finally became aware of the game-changing music that had been right in front of me all along.

The first band I saw that night was Soul Low, the oddball alternative rock band that gave us one of 2016’s best albums in ‘Nosebleeds.’ I was immediately enamored by the wonderfully goat-like vocals of Jake Balistreri, the groovy bass lines of Sam Gehrke, and the youthful, punky energy that makes for an incredible live performance.

I quickly found myself in the middle of the crowd, jumping around in a frenzy to their chaotic track “I Wanna Die.” Since their performance, I have had the pleasure of getting to interview the band, seeing them at their album release show for ‘Nosebleeds’ and heavily praising the group to anyone willing to listen. 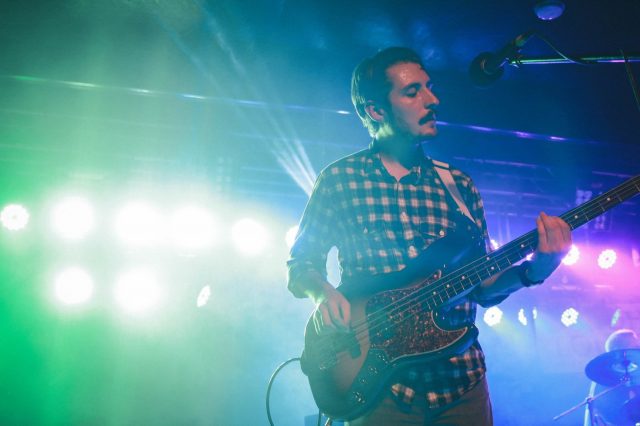 The other group I saw for the first time that night was New Age Narcissism. Anyone even mildly involved with Milwaukee music scene knows that NAN is the premiere source for incredible pop and hip-hop, as well as an awe-inspiring live performance. Consisting of rappers WebsterX and Lorde Fredd33, and singers Siren and Lex Allen, as well as musicians Chris Gilbert, Bo Triplex, Q the Sun and Jay Anderson.

Anyone who has met the group knows that it is a colorful collective of lovable personalities and insane musical talent from a wide range of styles. The sense of community and camaraderie within their group shines through in their live performance, and it is really a sight to see. Since this memorable performance, I have been able to get to know multiple members of NAN personally, travel with them to various performances and see them all progress and grow as artists. 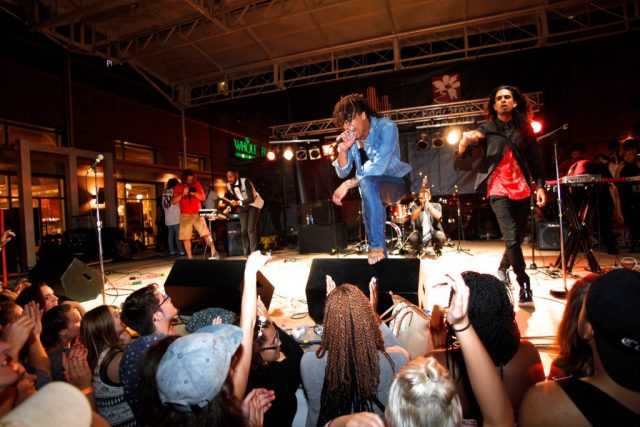 Since this experience, local music has become one of my biggest focuses and passions, and for good reason; it has only gotten better the deeper I’ve gotten. I’ve been able to learn about the rich, underappreciated history of music in Milwaukee, and how it has paved the way for the lively scene we have today. Groups like Violent Femmes, BoDeans, Rusty P’s, Decibully and The Promise Ring all came out of Milwaukee’s music scene, and were vital for its growth up until this point.

I have been able to discover countless bands from a wide variety of genres, all of which possess immense talent. Whether it’s punk bands like The Pukes, rappers like Mic Kellogg, singers like Abby Jeanne, rock bands like Whips or numerous others, the eclectic, hard-working, do-it-yourself scene of Milwaukee music is an incredibly unique thing to be a part of. The fact that this much talent is so easily accessible to Milwaukee residents is undoubtedly an anomaly.-

Another major part of Milwaukee’s vibrant music scene is the abundance of venues and festivals that welcome performances from local artists. Whether it is Riverwest bars like High Dive and Company Brewing, smaller venues like Shank Hall or the Miramar, or even larger spaces like Turner Hall or the Rave, there is never a shortage of local performers for us to see on a given night. 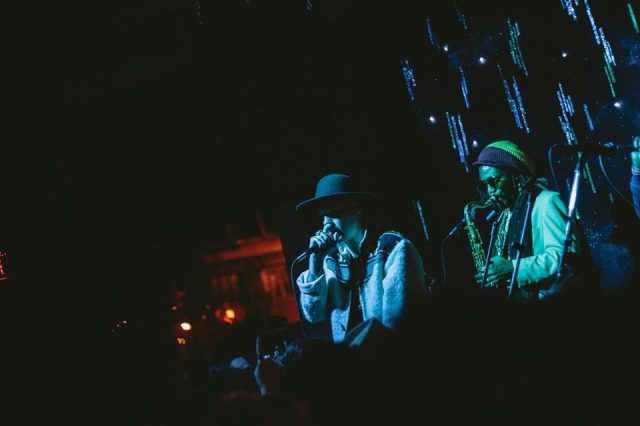 Additionally, Milwaukee has often been called the city of festivals for good reason. Between massive festivals like Pride Fest, Summerfest and the State Fair, to smaller community fests like Summer Soulstice, Brady Street Festival and Locust Street Festival, Summer is always a great time in Milwaukee to go and see live music from great local artists.

Ultimately, what makes me most proud to be a part of Milwaukee music is the diversity and inclusion of those involved. Based on my own personal experiences, it’s never clique-y, it’s never judgemental and it’s always welcoming no matter what. Regardless of race, ethnicity, gender or sexual orientation, anyone is welcome to appreciate and be a part of the scene.

The deep sense of community and collaboration between artists of different styles and genres has only made for better music for fans to enjoy, and important growth for the artists. I am proud to say that I owe some of my personal relationships, and almost all of my professional success to the inclusive nature of Milwaukee music.

In just the two short years I’ve been an avid follower of Milwaukee music, I have seen it grow at a rapid pace. As time goes on, I am more than confident that this growth will continue, and we will see more and more artists make names for themselves while representing this great city. I strongly encourage anyone who does not know as much about Milwaukee music, or has only casually seen a show here and there, to get involved now. Before you know it, some of the biggest artists in the world will be proud Milwaukeeans, and you’ll be able to say that you saw them when they were still local.

In honor of Milwaukee Day, it's about time we took a step back to look at the underappreciated music scene in our great city

April 14, also known as Milwaukee Day, has become a city-wide holiday in recent years, focused on celebrating all things Cream City. It’s all about looking past our city’s flaws to admire all the things that we love about living here. Between the beautiful scenery of the Lakefront, the Midwestern hospitality, the delicious beer and more, there is a lot to enjoy about our great city.

However, I want to focus on something that often goes unnoticed when discussing Milwaukee. As artists like IshDARR, GGOOLLDD and WebsterX have grown towards more national recognition, it has made me take a step back and look at the incredible environment that is our music scene. Milwaukee music is truly what makes me most proud to be a resident of this city.