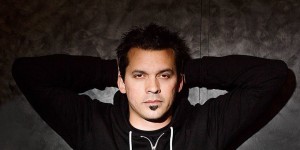 The summer music festival is a tradition. Here in Milwaukee we have Summerfest, the world’s largest. It’s a chance for you to see a ton of bands you love, in a short time. Often it is a pilgrimage you make with a group of friends, and it’s always a good time.

This summer we were at as many festivals as we could get to, and when we were there, we talked to artists such as Atmosphere, Natalie Prass, and others, about the music they’re listening to. As summer turns into fall, this is our chance to look back at the summer that was, and get to know more about artists that played at those festivals.

Listen to each artist talk about the 5 Songs We (They) Can’t Stop Listening To:

Atmosphere: It’s called “Egypt, Egypt.” There’s a comma between the two “Egypts” and it’s by an artist named Egyptian Lover. If you find the right one it’s probably about eight minutes long. You know for me, the peak of the song comes about halfway in when it busts into a weird kind of fake synth version of there’s a place in France where the naked ladies dance. But the song itself, here’s the deal.

I got a one year old and a four year old and a one year old at the house right now. They live at the house with me. They don’t pay rent. So I put this song on, and they dance. They immediately start doing the robot and break dancing. And I’m pretty sure neither of the kids have ever actually seen break dancing, you know what I mean? Like, there’s nothing to inform them of what they’re doing.

This is just their natural reaction to “Egypt, Egypt,” which I think is hilarious. Watching a one-year-old get on his butt to spin around and watching a four-year-old doing the robot because there’s robot voices in the song. So he starts doing the robot without realizing that there is a connection and a history to this song and that move. When I was a kid I used to breakdance to “Egypt, Egypt.” so now they ask for the song and when they don’t ask for the song I still play the song. It probably gets more play around my house right now that any other song.”

Phil Cook: My favorite song that I can’t stop listening to, my favorite song that I’ve heard in the last 2 years is a song called friendship by Pops Staples. Every single thing about this song resonates on all the levels with me that I need. To just give me that chill that you need to just push play again.

When you’re alone in the car driving to wherever you’re going and just putting that on and no ones there so just whatever happens happens in the car, that’s my favorite time to listen to that you know you’re just going and going. And you know sometimes I cry, sometimes I’m just like man I miss Pops, you know I just long for his presence and his voice, and he’s a huge hero of mine. But at the same time, at other times, I’m just like, this song rules man! This is so good! It’s just an amazing thing. So I’m not necessarily sophisticated in my words about it but I venture to guess I’ve listened to it over 112 times at least.

Alicia Bognanno: “Black and White” by the dB’s. Probably when I was like 18 my really good friend played it for me. They had been listening to it forever and then it just kinda stuck with me. It’s kind of a guitar, up-beat rick song. I love the diction in his voice and the way he sings and the annunciation in this song is really cool. And the guitar is super awesome.

My friend owns a venue called the Stone Fox. Every once in a while he’ll get a show with a bunch of local artists and ask them to do covers, so I was trying to figure out a song that I’ve always loved, and obsessed with, and hasn’t really gotten old and that one came up. So for the past month I’ve just been listening to it nonstop.

Natalie Prass: Let me just shuffle through my mind roller decks. This is the one I can’t stop listening to right now is Ciara, “I Bet,” her first single from her new album “Jackie.” It’s like the most perfect R&B slow jam, like, it’s really great. It’s kind of classic R&B 90’s kind of style a little bit or just extremely simple production. It’s the same chords the whole way through but like great melodies, great lyrical phrasing, it’s just really great. Well I’m a huge Ciara fan and yea I like preordered her album before it came out and it [the song] was the first one. And then she did it live on the view and it was three girl background singers, a girl on guitar, dude on piano, dude on cahone. And it was just like the perfect live rendition of the song. I’ve listened to that a million times too.

Colin Jones:  I’ve not stopped listening to a song called “Answering Bell” by Ryan Adams. We just flew back from Japan yesterday, it was incredible we played in Tokyo and Osaka. I was on the plane and I got a bit worried about flying, and I literally put it on and it calmed me down a bit. It made me a little less scared, since then I haven’t stopped listening to that.

The other boys are really, really into Ryan Adams. I kind of when I was younger used to think that Bryan Adams and Ryan Adams were the same person, and they told me to listen. Kieran is always passing stuff on to me, so it’s only recently that I’ve really gotten into him. I just got straight into “Gold”, I’m very much into my country style tracks, and it has a lot of that feel in the song. It makes me feel very happy, that’s why I like that song.