5 Songs We Can’t Stop Listening To with The Decemberists

5 Songs We Can’t Stop Listening To with The Decemberists 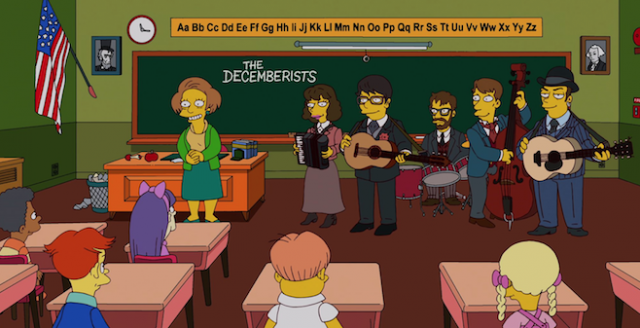 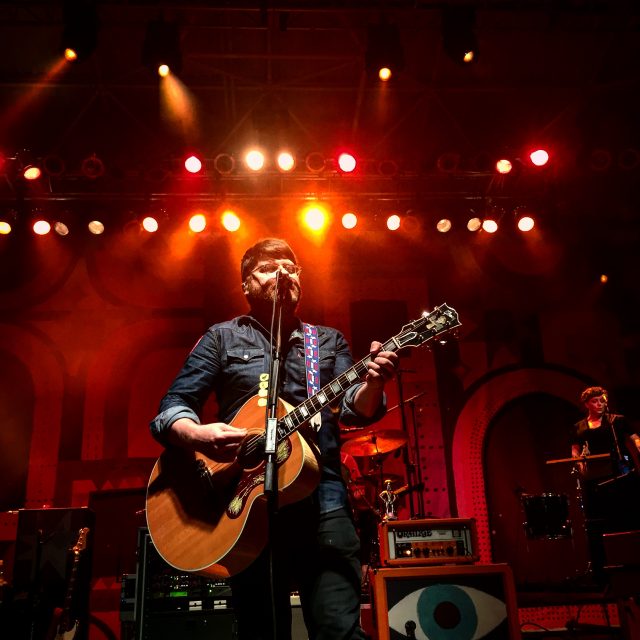 Justin Barney: Now every week we have a guest that we love on the show to talk about one song that they love. Our guest this week is one of my favorite writers and musicians of all time, I honestly thought that I would never get to talk to him, and here we are. I’m here with Colin Meloy: the front man of The Decemberists.

Colin Meloy, what is one song that you can’t stop listening to?

Colin Meloy: There are lots of songs that sort of bear multiple repeats. I would say there’s a song, it’s a traditional song, called Clyde Water that I know from Nic Jones who’s a British folky predominantly in the sixties and seventies. Clyde Water is a song and it’s just…it’s j-…it’s just a gorgeous tune and it tells the story that, to me, is so beautiful and so tragic.

Justin Barney: What is the story?

Colin Meloy: The story is about a guy and a girl, as most songs are. It’s about a guy who just decides he’s gonna go visit his girlfriend.

And this is like in Medieval Times, so it’s like his sweetheart or his true love or whatever. And he tells his mom that he’s gonna go and she tells him he shouldn’t go because she just doesn’t want him to go. So he goes anyway and she basically curses him and says that he’ll be drowned in the river that he has to cross – the Clyde, which is in Scotland – if he does go. Well he gets to the river and he somehow makes a deal with the river that the river will allow him to cross as long as it will drown him if he goes back. This is assuming he’s gonna find his sweetheart and he’s never going back.

Colin Meloy: That’s it one way, but if I come back you can drown me then.

And so he shows up at his sweetheart’s parent’s home and calls for his lady love and her mother answers him and says that she’s sleeping and that she’s unavailable and that in fact she is with another guy.

Colin Meloy: And so he-heartbroken-gets back on his horse and leaves and heads back; knowing full well and he goes into the river and he drowns. And so it switches to the girl waking up from her slumber saying that she dreamt that somebody was calling her name. And her mom tells her what happened how she sent this guy, William, away. And so she goes after him and goes into the river to find him and drowns too.

Justin Barney: That is… that all happens in one song?

Colin Meloy: That is one song. I mean it’s like 6 minute song, but I mean the thing about traditional folk songs, when you can kind of just sit and listen to them and enjoy the melody and enjoy the playing, but sometimes they require a lot extra attention to actually follow. So I think I’d heard this song peripherally on a record for months before I actually sat down one day and I was like ‘I’m gonna listen and hear what happens this whole story’ and I just broke down crying. Like after finishing it, realizing what it was actually about. I think it was one of the only times that a song has brought me to tears.

Sharon Jones is still here. Against all odds.

Born the youngest of six children and raised in New York. “Segregation, drugs and violence were all around,” Jones sings. But Sharon Jones is tough. She worked as an armored car guard for Wells Fargo and as a corrections officer at Rikers Island.

She didn’t start her career as a musician until she was 40 years old. At that point, an executive at a record label told her that she was too fat, too black, to short, and too old.

But you know Sharon Jones. She’s tough. She did it anyway. She’s released 5 albums with her band, the Dap-Kings. She’s been on soundtrack, played late night, she’s been nominated for a Grammy.

And then in 2013 she was diagnosed with stage two pancreatic cancer.

It’s enough to stop anyone. But not Sharon Jones. She went on tour. Bald from Chemotherapy, she refused to wear a wig. She carried on through. She realease this song. “I’m still here. Through cancer, through adversity, through everything.” It’s an affirmation of life. A declaration of self. Sharon Jones is STILL HERE.

I went to Cleveland on spring break once. Maybe not the greatest spring break destination, to no surprise when we landed in downtown Cleveland it was desolate. Not a person in sight. Eventually we wandered into a dive bar off the main drag. It must have been karaoke night, When we walked in there was a “stage” or a microphone stand with a single spotlight and man, silver haired, overweight, alone, singing the most hear wrenching version of Roy Orbison’s “Crying” I have ever heard to an empty bar.

That’s what I pictured when I heard this song. A woman singing a torch song about doing things that she knew she shouldn’t do, under a single spotlight in an empty bar, somewhere off of the main drag.

Justin Barney: This is 5 Songs We Can’t Stop Listening To and I’m here with our very own Sarah Fierek.

Sarah Fierek: It’s by an Australian singer-songwriter and music producer Sam Sparro and it’s called “Hands Up” off of his Quantum Physical Volume 2 EP.

Justin Barney: And what do you like about this song?”

Sarah Fierek: How long do you want me to talk?

Sarah Fierek: You know, with everything going on in the world, I think it’s easy to find a loss for words. And to me this song really reminds me to control the things I can about changing the things about myself that will help make the world a better place and helping to really uplift and inspire individuals to ignite the change they want to see in the world. The end of the song has a beautiful harmonized vocal line that says ‘We can make it better, we can make it better,’ and, to me, our world needs more of that energy right now. But yet this song isn’t super idealistic where it acknowledges that there are times where you don’t even want or know how to create words to understand the feelings you might be feeling.

Sarah Fierek: So the “Hands Up” kind of reminds me of, at times, I think it’s OK to let those emotions go through your world, your body, and you spirit, and allow yourself to land in a place where you feel like you can ignite that hope you need to see in the world.

In this song Jamila Woods takes her blackness to the playground. Double Dutch and jump ropes. Innocence and happiness. She uses the reoccurring stories of her brothers and family and turning them into a double dutch dance routine, sang as matter of fact, used for their reoccurring and rhyming patterns, used as an internal language amongst a minority that fosters solidarity. This is a black folk song.

To imagine a children singing this on a playground is to see this issue of social justice through the eyes of a child.