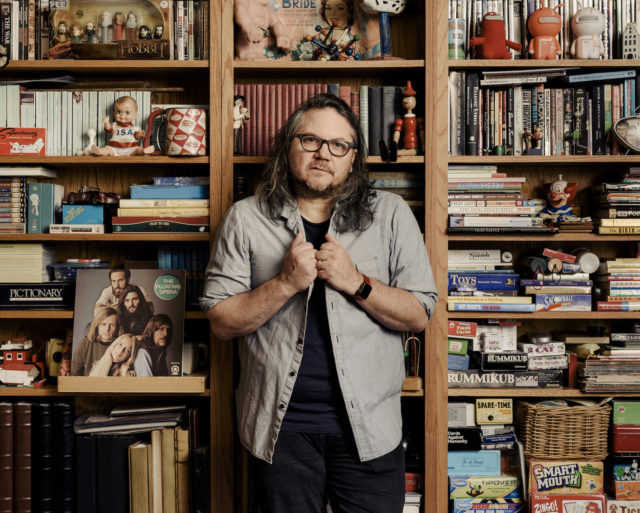 Justin Barney: I want to talk about what you are listening to right now. What are your music listening habits? How are we finding music these days?

Jeff Tweedy: When I was younger, I worked in record stores growing up and one of the exciting days of the week was released day. Even before I worked in record stores, I was always excited on release day. I’ve always bought a lot of records and consumed a lot of music and these days, with streaming services, it’s something that would blow my 18 year old mind to think that I can pretty much listen to everything that comes out on every Friday. So I spent a lot of time checking things out on release days every Friday and then I still buy a lot of music and listen to a lot of other music as well. But I’m always excited to check out what’s brand new.

Justin Barney: What’s the last song that you couldn’t stop listening to?

Jeff Tweedy: “Human” by Molly Sarlé. She has a solo album coming out. She’s from Mountain Man. It’s a great great song. It has a great melody and the recording’s really pleasing to my ears. I think that it has the hallmarks of a great song in that you want to hear it again when it’s over.

Justin Barney: Mountain Man is like a true folk group. There are not many bands that exist like that in the way that they exist now.