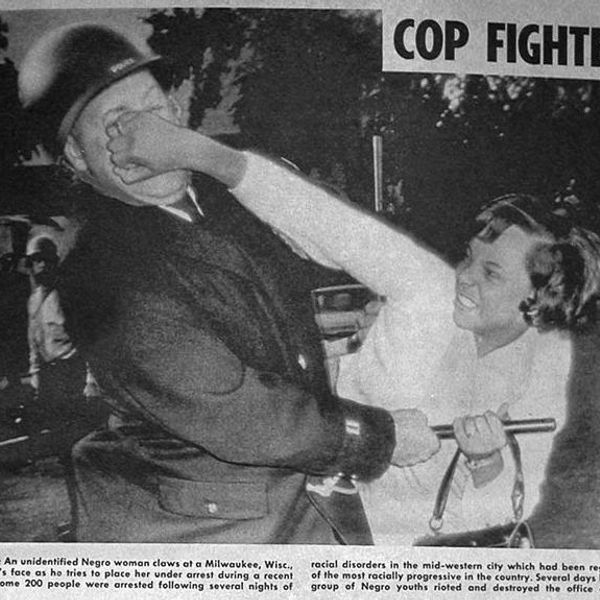 This is not the first time this has happened in Milwaukee, or the country. In 1967 what is now referred to as The Long Hot Summer. Over 150 riots driven by racial issues broke out through the country and in Milwaukee. People in Milwaukee died in the riots of July 1967. Curfew was enacted. Thousands of people were arrested. In 2016 there was Sherman Park. Dontre Hamilton. And yet, injustice persists.

In the short time after Sherman Park in 2016, Milwaukee music historian, if he’ll let me call him that, Andy Noble put together “Color Me Black – Black Power, Consciousness, and Spirituality in a Divided Milwaukee (1965-1980).”

It is a mixtape of songs written by Milwaukee musicians about race as a whole and in Milwaukee from 1965-1980. On one hand it’s amazing to have a playlist that is so relevant, and on the other side it’s horrifying.

The mixtape represents 15 years of music that happened 40 years ago and I’ve been listening to it all week because it’s so relevant.

Some of my favorites on this mixtape are from by Brenda and the Afroettes, recorded in Milwaukee, Wisconsin in 1969. They have bubblegum ’60s girl group melodies with lyrics like, “We are no longer the white man’s slave. N**** is no longer our name.” And The Christian Harmonizers’ “Troubles of the World” which is a barn burner of a spiritual.