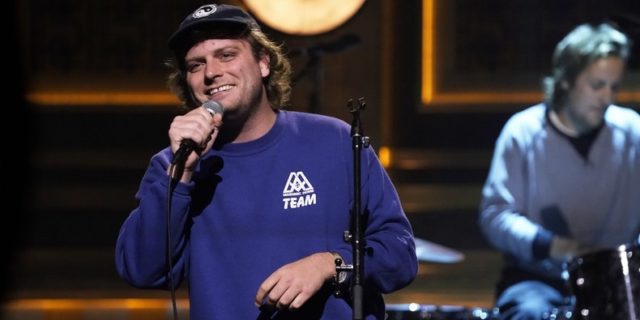 Justin Barney: The question that has been really fun for me to ask has been what song is on pause for you on your phone right now?

Mac DeMarco: Ohh, what song is on pause for me right now? I’m going to look up my YouTube app and see what I have.

Justin Barney: Do you listen to things on YouTube? Is that your streaming service?

Mac DeMarco: Yeah, I only use YouTube pretty much. I don’t have any other streaming apps or anything like that. Aha, OK, I see. Ever heard of an artist called Don Blackman?

Mac DeMarco: Yeah, the song is called “Heart’s Desire.” That’s the thing that popped up on my YouTube. Nasty track.

Justin Barney: Who is Don Blackman?

Mac DeMarco: Don, I mean I don’t know too much about him. I really love… there is this one record, I think it’s a self-titled record. I could be wrong, but it’s the big picture of him on the front. Got beads in his hair, he’s looking good. Blue background behind him.

Justin Barney: What era are we talking?

Mac DeMarco: This is probably early ’70s I think, or maybe mid-’70s something like that. But he is a wild, wild piano player. Don is kind of like, see I don’t know enough about him to really say he’s a pioneer of this or that, but I do know he was a crazy piano player. The arrangements, the production on this record are nuts. The players are like so so so good! It’s really funky. It’s really… yeah it’s insane. I think I keep coming back to it because it’s just like, well, it’s a really high bar to set. Like every element of this music including the song writing and the feel of it and everything,  you know, very next level. You know? It’s a treat for your ears, that’s all I’m trying to say.

Justin Barney: Sure! It is like funky and upbeat?

Mac DeMarco: The dissonance, or the harmony he decides to use, it’s almost like disharmony, I don’t know if that’s the word. There’s lot of moments. The song I’m talking about is “Heart’s Desire” and on the record throughout there are a lot of moments. He feels like… you know there’s this one song in particular I don’t remember what it’s called but the beat and groove it kind of feels like you are on a school bus or a city bus. It’s very uplifting like, “Hey sunshine, I’m on the bus” and then the vocals come in and they are like all the way in this other place that you didn’t know he was going to take it. And then all of the sudden you kind of feel like you’re riding this school bus with a bunch of demons or something. You know what I mean?

2. Justin Barney picks “Let’s Keep The Bucks In Milwaukee” by The Old Style All Stars

Justin Barney: Song two this week is my pick. One song I can’t stop listening to is the song “Let’s Keep The Bucks In Milwaukee” by The Old Style All Stars. So I found this by an Instagram page @hardwoodbucks. And it was a 45 of this song and I needed to know what it was. So I reached out to the guy who runs this Instagram page and he told me he didn’t know anything about it. So I put my journalist hat on and I get legitimate journalistic research.

In 1985 the Bucks were amazing. This is the Marcus Johnson era. This is Sidney Moncrief era. We had five division titles in a row. We had gone to the conference title twice in a row. We were amazing! But the Bucks were up for sale. Owner Jim Fitzgerald was having health problems and some other people who were on the team with him wanted out. So they were going to sell the Bucks. The Bucks were playing in Milwaukee, one of the smallest markets in the NBA. In the Mecca, which was the smallest arenas in the NBA. So whoever would have to buy it would have to build a new arena. And it was looking like somebody from outside Milwaukee was going to buy it and move the great team out of the city of Milwaukee.

So what is Milwaukee to do?

Well, a couple of Milwaukee musicians formed a group called The Old Style All Stars and they made a song called “Let’s Keep The Bucks In Milwaukee” and the idea of this song was to release it and to sell 45s and to make enough money off of these novelty 45s to buy buy the team! Build the stadium and keep the Bucks in Milwaukee! And it worked. Not because they sold enough 45s to do it but while they were in the studio to record this song they have been working on for months, Herb Kohl bought the team and four days later Jane Bradley Pettit and Lloyd Pettit announced they would donate the money to build the Bradley Center so the Bucks can stay in Milwaukee too! 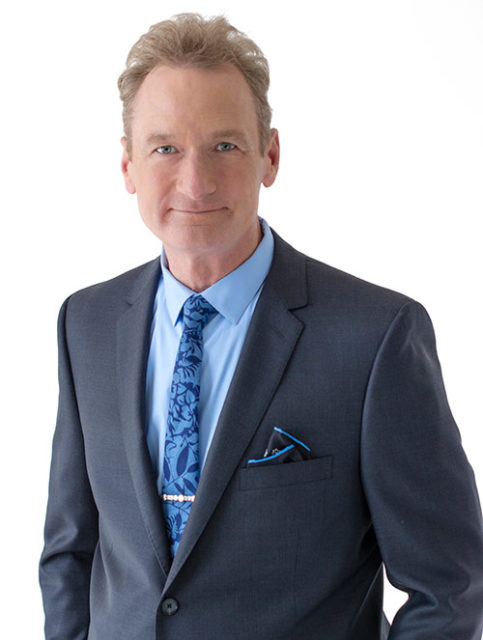 Justin Barney: Hello! So, you are coming to Milwaukee. I wanted to talk about about music.

Justin Barney: What’s your general musical vibe? What do you gravitate toward?

Justin Barney: That’s a good place to be stuck in.

Justin Barney: Are you? OK, what do you think is the last song that you memorized all the words to?

Ryan Stiles: Oh god! I’d be ashamed to say it because I did it as a bit on stage but probably “Dancing Queen” by ABBA. (laughs) Do you know what? I got into ABBA for about a month. I watched a documentary on ABBA and I really got into them for about a month and “Dancing Queen” cracks me up because there’s only one verse in there that you would know that they are Swedish and that’s “Where they play the right music.” You know that line?

Ryan Stiles: You can tell they are Swedish because they say it that way “Where they play the right music” but everything else sounds American, you know?

Ryan Stiles: But that’s the last one I memorized all the words to because like I said I did it as bit on stage so I had to know the words, you know?

Ryan Stiles: But I know a lot of songs, but you know when you get to those certain lyrics you don’t know you kind of fake it, you know?

Justin Barney: Is that a mistake that you made?

Ryan Stiles: No, it’s one I heard once and I thought it was hilarious. Slow motion Walter, the fire engine guy.

Justin Barney: That’s great. My friend was convinced once that the song from “Grease,” “I’ve got chills, they’re multiplying,” was “I’ve got shoes, they’re made of plywood.” (laughs)

Ryan Stiles: (sings) “I’ve got shoes, they’re made of plywood.”

Justin Barney: Yeah, he was basically convinced that those were the words.

Justin Barney: He was so on with it too. He was convinced.

Justin Barney: OK, I think that will conclude our talk with music. We should play the song. Let’s do “Dancing Queen” by ABBA.

Justin Barney: I am here with our newest addition to the team, Amber!

Justin Barney: Amber, what is your title at 88Nine?

Justin Barney: And what do you do?

Amber Storm: I manage all the pledges and all the members and things coming in and out, and keep things in order.

Justin Barney: And we have a guest to the guest. Can you introduce yourself?

Justin Barney: And who are you?

Althea Storm: I am Amber’s daughter.

Justin Barney: Perfect! Amber what is one song you can’t stop listening to?

Amber Storm: “Freedom Of The Road” by Martin Sexton.

Amber Storm: I had totally forgotten about it until recently and my husband played it and do remember this (child’s nickname) when we were listening to it in the living room and papa and I put on the song and we both just started belting it out. We were like, “Umm we got a basketball game to watch” and I was like,  “Pause it, we need to sing along.” (laughs)

Althea Storm: Yes, I do. I remember that.

Amber Storm: Yeah, and it’s that song specifically out of his live wide open.

Justin Barney: What do you love about it?

Amber Storm: It is the soundtrack to my golden years.

Amber Storm: When I was living in Seattle, we didn’t have any responsibility. We were hanging out with friends all the time and it was a great place to be and we listened to a lot of Martin Sexton. And so that song is about giving up the life of traveling and being on the road and I was very much at the beginning of that stage. I was young and I had lots of fun to have but no responsibility. And so it was interesting to hear at this stage of my life at the time sort of fast forwarding to being tired of that stage of life.

Amber Storm: But also like great to sing along to. When he’s in falsetto, oh, it’s just magic.

Justin Barney: Super fun to sing along to?

Justin Barney: (to Althea) And do you like it?

Althea Storm: I only heard it once?

Justin Barney: And what did you think?

Amber Storm: Was it a good one?

Althea Storm: No, it was not!

Justin Barney: There it is. OK, well let’s listen to it. What is the name of the song?

Amber Storm: “Freedom Of The Road”

This is not the first time I’ve compared Kevin Morby’s new album “Oh My God” to Leonard Cohen. His song “Nothing Sacred/All Things Wild” feels close to Leonard Cohen’s 1974 album, “New Skin for the Old Ceremony” and this song, “Celebration” feels like it could be off his 1977 masterpiece “Death of A Ladies Man,” an album that Cohen personally hated, and critics didn’t love either. It was produced by Phil Spector, who, at one point held a gun against Cohen during the recording and said, “Leonard, I love you.” Cohen slowly pushed the barrel away and said, “I hope you do, Phil.” Anyway, the album was big, full and triumphant — like this song.

A celebration of surviving and just being alive. Congratulations. You made it another day.