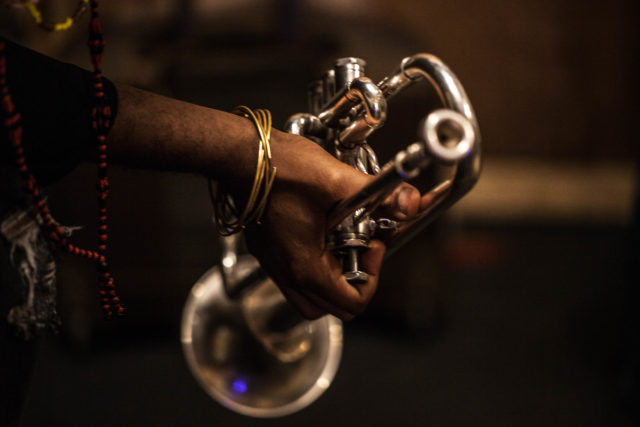 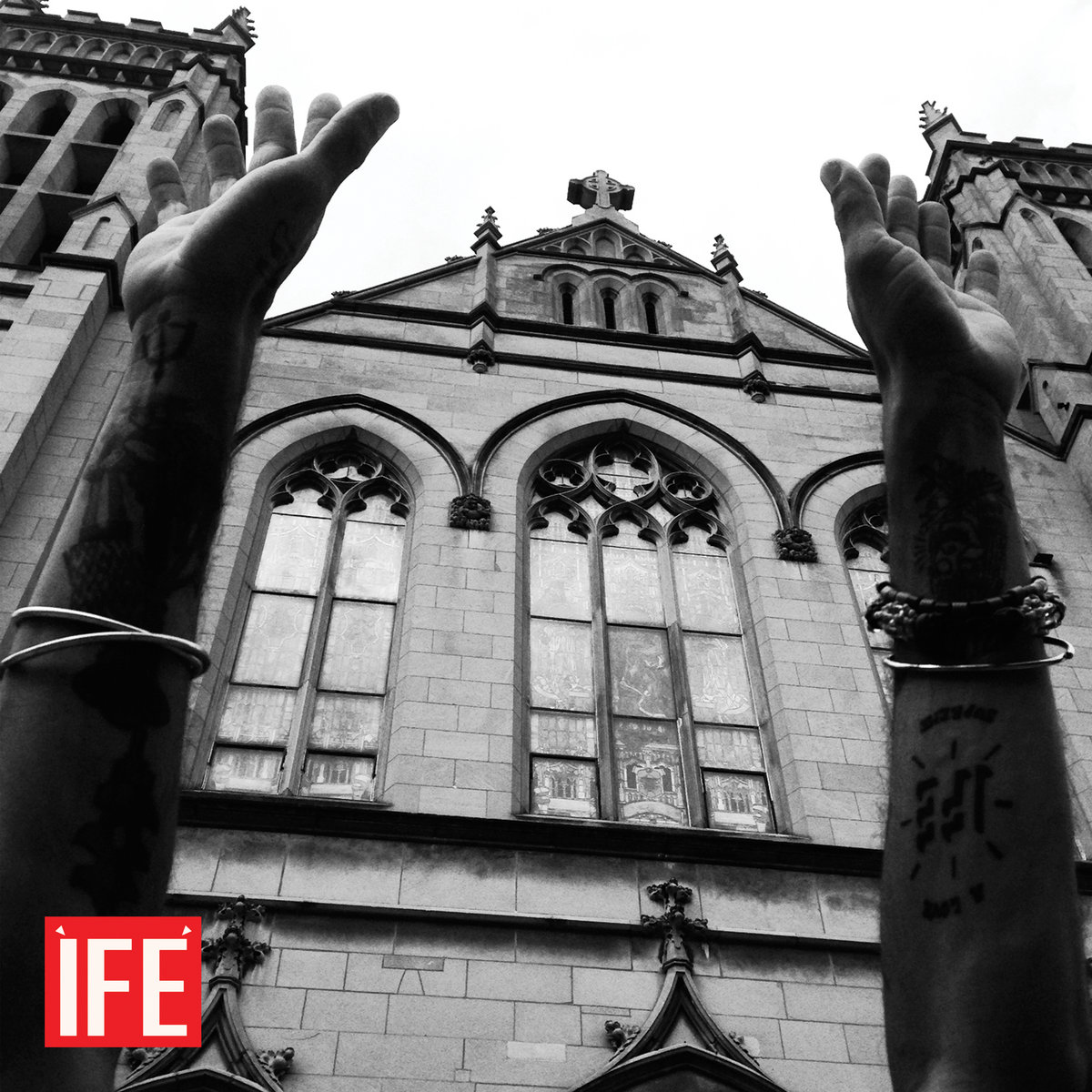 IIII+IIII [Eji-Ogbe] is the product of Otura Mun’s life long journey of self discovery: reinventing himself as a musician, to understanding life and meaning through spirituality, and love through sacrifice. These themes are the backbone of his band ÌFÉ’s debut album, where you can hear one of the most unique fusions between Afro-Caribbean and electronic music; between the percussion of the Yoruba rituals, the Cuban rumba clave, dancehall downbeats and even R&B. For that, Mun (who is an ordained babalawo and student of Yoruban and rumba) electrified the basic rumba set up of congas and cajones, drilled holes in the instruments, added electronic sensors, and connected them to a sampling pad. It’s music that breaks the rules. With its abundance of reverb, its challenging percussion and sweet sonorities, it’s a beautiful expressions of Afro-Caribbean creativity and resilience. The end result is music that lives in its own self-contained world of love and expansion.

2017 was a good year for global grooves, here are the Sound Travels favorites...

Ariwo are a Cuban/Iranian four-piece focused on intersection between electronic and ancestral music.The band brings together Iranian electronic composer Pouya Ehsaei and three of London’s most influential Cuban musicians Hammadi Valdes, Yelfris Valdes and Oreste Noda. Their music is unlike any Cuban music I’ve heard; daring stuff that sounds like it was made for Afro-Cuban intergalactic travel.

Curumin, the stage name used by the Brazilian singer Luciano Nakata Albuquerque, released his first album, Achados e Perdidos, in 2005. Since then the musician, who is also a drummer, music producer and composer, has delivered three more very fresh albums, the latest being Boca, which brings compositions that deal with subjects such as politics, love and sensuality. I found B O C A to be funky in a very deep 80’s sort of groove with distinct Brazilian influences and a highly developed album of low-key bangers like this tune…

In a genre known for singles, Kingston’s Jamar McNaughton (bka Chronixx) offers a complete collection of hits, a confident mix of conscious reggae, pop, hip-hop, and lovers rock on his instantly-classic Chronology. Hands down the best reggae album of 2017, with hints of hip hop, r&b and EDM over a roots-reggae masterpiece. Every cut on this album has a dope-ness to it, anthems aplenty…

Formed after a jihadi incursion forced them into exile, this north Malian guitar quartet has won many friends since their Damon Albarn-assisted 2015 debut, wowing international audiences with their mix of desert blues, funk, rock and, well, whatever takes their fancy.

Magoya is the first new album in eight years by the great Malian diva Oumou Sangare and shows a dramatic change of direction. She has a new French record label and French production team who worked with Franz Ferdinand. She is clearly aiming for a younger audience, and good on her for keeping her sound in line with her core messages. The result is an impressive, attacking set, but then Sangaré has always been adventurous. Her previous album, Seya, included Afrobeat’s pioneering drummer Tony Allen, and this one continues that pairing. You can hear Allen’s distinctive beat on this superb afropop cut…

Mali’s famously blind and  husband-and-wife duo Amadou & Mariam, they never fail to disappoint, and new album La Confusion sees the two step up their game once again with a blend of pan-African pop that will bring tired feet back to a dancing life. Their game has changed over the years with various collaborators and producers but their quality is always excellent.

Curao is the first full collaborative album from world-renowned British producer Will Holland (aka Quantic) and Colombian folklore singer Nidia Góngora. Góngora is an interesting singer whose sound is rooted in the Afro-Colombian sound of Colombia’s Southwestern Pacific Coast; a guardian if tradition on one hand and adventurous spirit teaming with globetrotting producer Quantic, on the other.

Curao is an infectious and danceable album, captivating songwriting and production from Quantic that complements Nidia’s sublime vocals in a fine synergy. Curao brings a highly original interpretation of the unique, rich and mystical musical traditions of the Colombian Pacific Coast with a dopeness that’s hard to deny. Especially on this dynamic, slow-building masterpiece… Straight out of Ottowa, Canada comes a band that I’ve been following for some time, The Souljazz Orchestra. The afrobeat collective’s sound has flourished over their previous seven releases, and their progress continues on Under Burning Skies, which adds drum machines and vintage 1980s synthesizers to make this their most refined and infectious record to date. Try not to dance to this jam…

WIZKID – SOUNDS FROM THE OTHER SIDE (July)

Nigerian singer/songwriter Ayodeji Ibrahim Balogun (aka Wizkid) began his career when he was just 11 years old. Recorded his first album in 2001, in 2006 he started pursuing music full-time, at first collaborating with various Nigerian pop acts and by 2011 he was ready to record his debut solo album; Superstar was released and to great critical and public acclaim across Africa, and a superstar was born. His sophomore album, Ayo, in 2014 featured Balogun’s global breakthrough track “Ojuelegba.” Not only did the single cement his status as one of Nigeria’s biggest pop acts, it was also picked up and remixed by Drake and Skepta, which really put Wizkid into the international spotlight. In early 2017, Wizkid signed a major deal with RCA and Sony International, which released his third LP, Sound from the Other Side. The new album really brings all of Wizkid’s rakish charm and effortless melody to the fore in a nice way. The album is studded with collaborations from Drake, Chris Brown and Major Lazer on the song I have here “Naughty Ride.”