How does Summerfest book its acts?

How does Summerfest book its acts? 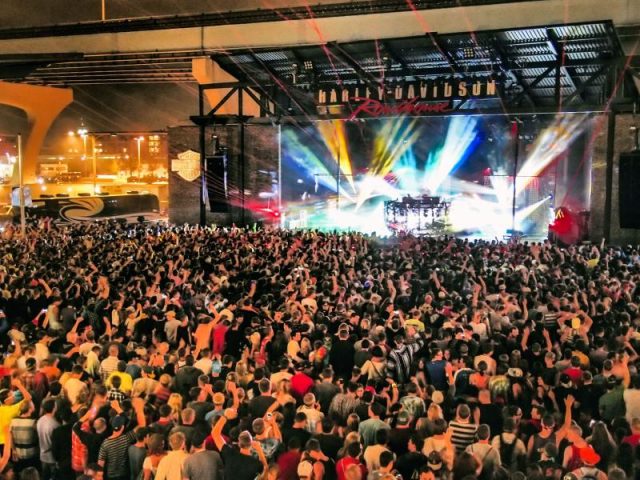 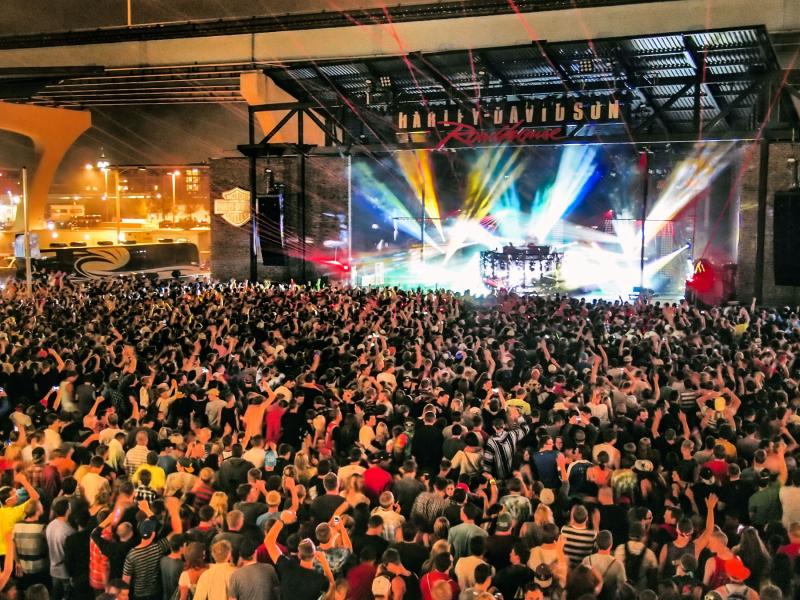 On the Summerfest booking philosophy

Scott Ziel: As my boss, Bob Babisch always says: “This event is a festival for the people.” It was started, you know, by the mayor for everybody, so we’re basically trying to present as many styles of music that we can, so that we can attract a very diverse audience.

There’s something here for everyone.

David Silbaugh: So we book from the top down. The headliners are the ones that are selling the tickets. The headliners and support acts. It’s not that we don’t want other bands to be able to sell tickets… I don’t need that guarantee, which allows me to book baby bands that have never been through the market, or nobody’s heard of, or, you know, whatever.

It allows me a lot of freedom and flexibility to play with the rest of the lineup. Bringing in up and coming talent from all over the place that maybe nobody knows. It gives me the opportunity to introduce people into new music and new artists that I think are worth checking out.

We have eleven days to fill. So, we are going after a lot of stuff, and some of it is the same, but we cover a wider range stylistically, and we really try to adhere to that “something for everyone” kind of mindset, and try to keep a balance stylistically.

On the number of Summerfest acts (over 800!)

Scott Ziel:  Our team has to work for 12 months to put together the lineup that we’re presenting this year.

There are probably three, four, five waves of booking that we do. From literally the day after Summerfest, we started working on this year’s lineup.

We make a lot of offers, initially. A lot of bands really don’t know what they’re doing, you know, the country bands and the classic rock guys — they’re old, they like planning long in advance.

In booking, you probably get three “No’s” to every one “Yes.”

David Silbaugh: And we pretty much put offers out for everything big. Everything big. And it just sort of whittles its way down. Some people are jumping at us, some people aren’t, they don’t know what touring is going to look like, you know, next year yet, some do, some don’t.

Scott Ziel: Well, I mean we basically fight to get as many slots for Milwaukee bands and Wisconsin bands. It could be during the day. Clearly we’re trying to put Milwaukee bands in front of national bands at 6 p.m. or 8 p.m., if the headliner will approve it and if they’re not out touring with their own support. Like this year, a couple of the highlights, like B~Free is supporting Janelle Monáe. Abby Jeanne, who is direct support for Benjamin Booker, her song is in our television commercial that we’re using to advertise the festival, and she’s actually doing the voice over. In years past, I mean, GGOOLLDD has done that for us, so, we’re like, super proud, like, you don’t even know.

Scott Ziel: … and obviously the Emerging Artist Series is another vehicle to expose Milwaukee music.  There’s nothing more exciting for us than to be watching a band develop.

David Silbaugh: We just try to have a balance and give opportunities for local artists to be able to perform on a nice big stage with a great PA and great monitors and they’re not tucked into the corner of a tiny club, and also give them opportunities to be in front of bigger audiences and bigger bands. I’d like to think we’ve done a pretty good job of putting local bands on support spots, either first or second.

On the future of Summerfest

David Silbaugh: It’s like the dust hasn’t even settled and the emails are coming in and the phones are ringing and agents are looking for offers for next year. So, it starts early. And again, some things we are already working on, and I have some ideas for some things I want to plug in that maybe wasn’t able to make work this year for whatever reason.

Summerfest is a different music festival. The music isn’t based on one genre, but instead seems to have everything. This year, on one day, pop star Shawn Mendes, Americana legend Jason Isbell, the 420-friendly all-stars Slightly Stoopid, country heart throb Brett Young, hip-hop OG Jazzy Jeff and Milwaukee’s favorite cover group, The Eddie Butts Band are all playing at the same time. That’s more genres than a lot of festivals have in total, let alone on a single day or at the same time. So I got down to asking, “How does Summerfest book this festival?”

I talked to David Silbaugh and Scott Ziel, two people that spend all-year booking the lineup for The World’s Largest Music Festival.